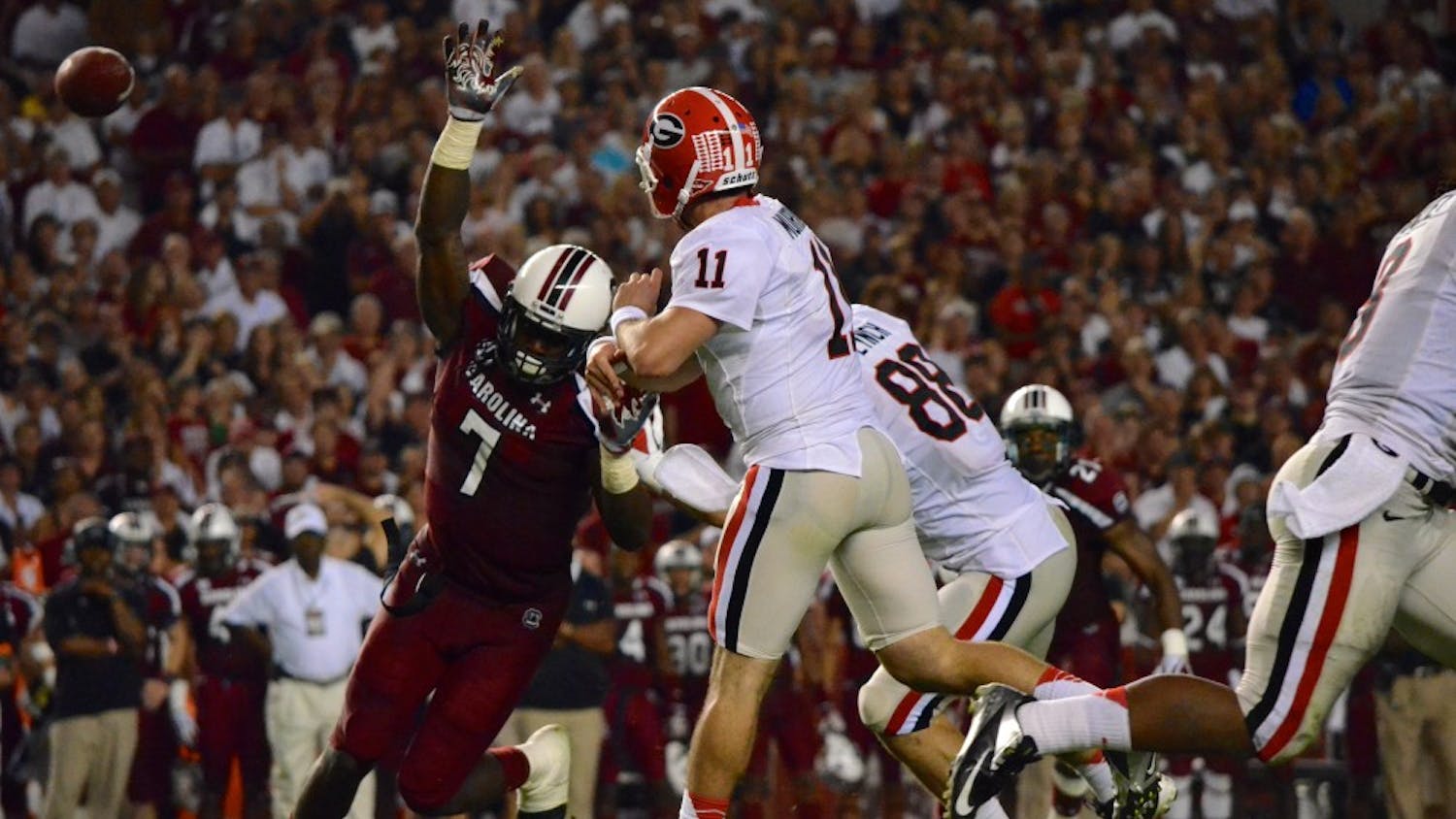 And then there was one

Last season, the South Carolina defense was full of names. Safety D.J. Swearinger made a name for himself by making big hits and intimidating players on the field. DeVonte Holloman was a consistent presence at the spur and linebacker positions, as were Shaq Wilson, Quin Smith and Reginald Bowens.

By Julia Goulet | Jan. 26
Send a Tip Get Our Email Editions

South Carolina is once again gearing up for a season full of high expectations. After finishing last year in the top 10, there is nothing to suggest that the team can’t do the same this season. Sure, they lost tailback Marcus Lattimore for good, but the Gamecocks have had to make do without him for portions of the last two seasons. In addition, the defense took a hit with the loss of Devin Taylor, DeVonte Holloman and Shaq Wilson, but coach Steve Spurrier and company have done a good job over the last few years developing depth in all of the defensive positions. With that said, here are some “strengths” of the 2013 team and five “weaknesses.”

It is always tough in the first game of a season to plan for the opponent’s defense. Offensive line coach Shawn Elliott admitted it will be a challenge for the Gamecock offense at first if North Carolina comes out with a defense that they have not seen before.

The big story among the Gamecocks’ safeties is the loss of last year’s second team All-SEC free safety D.J. Swearinger, who was drafted in the second round of the NFL draft by the Houston Texans.

True freshman to start at kicker

For the majority of spring practice and the preseason, it seemed the kicking competition was strictly between sophomore Landon Ard and redshirt freshman Nick St. Germain.

For most of the summer, South Carolina fans did not know which tailback would be walking out onto the field first when the season started. Finally, at the end of fall camp, they learned that sophomore Mike Davis would start against North Carolina.

New faces take over at linebacker

One of the biggest questions for South Carolina coming into the 2013 season was who would play linebacker. Last year, the linebacker and spur position was stockpiled with seniors including Devonte Holloman, Quin Smith, Shaq Wilson and Damario Jeffrey. 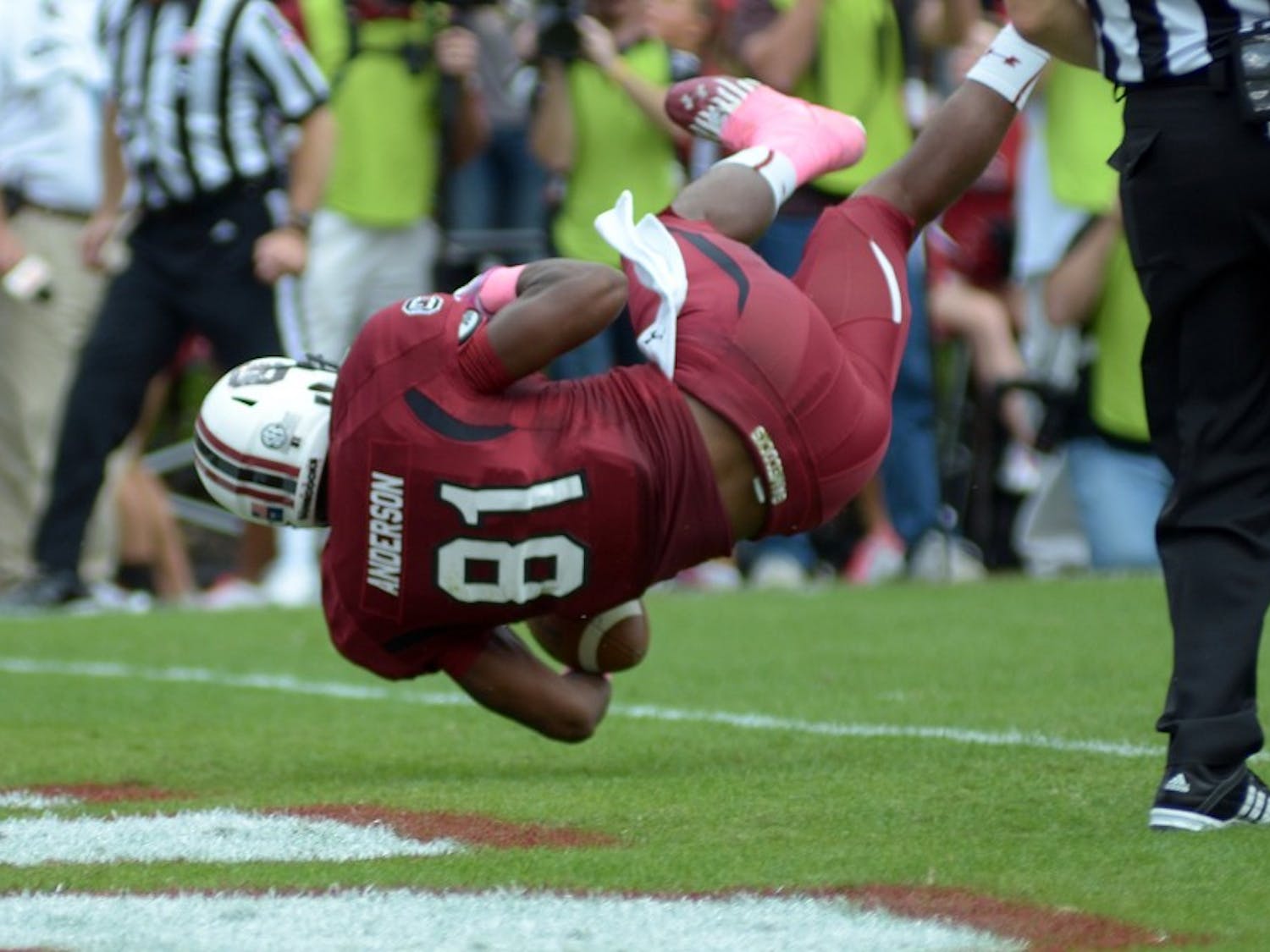 Two starters to sit out opener

With just one day before the season opener, South Carolina’s injury report is becoming a little more certain. Coach Steve Spurrier said on his call-in show Tuesday that tight end Rory Anderson is officially ruled out of the game against North Carolina, but tight end Jerell Adams should be able to play. Spurrier said Adams has run around “decent” in practice the last few days.

Andrew Allden, USC’s new distances and cross country assistant coach, believes the cross country team has the potential to be a top-ranked program nationally. Allden, who has 27 years of coaching experience, coached at South Carolina from 1996 to 2001. During his stint in Columbia, Allden led the Gamecock cross country team to their best Southeastern Conference Championship finish in program history — No. 5 — in 1999. 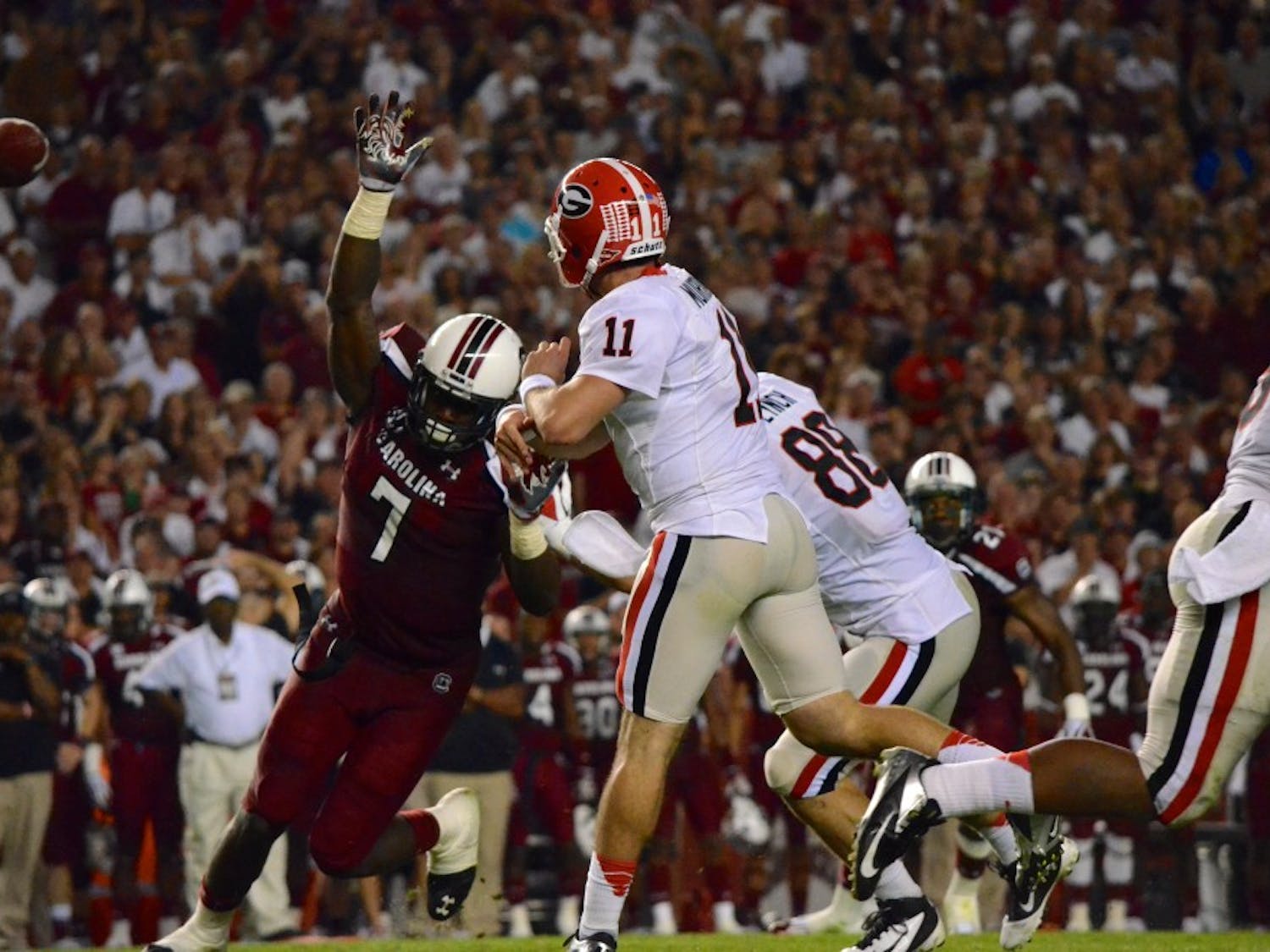 While attention has been focused on the season opener against North Carolina, coach Steve Spurrier and his staff are quietly putting together a nice recruiting class for the next couple of years.

South Carolina’s matchup with North Carolina is two days away and the team is starting to come together, head coach Steve Spurrier said. 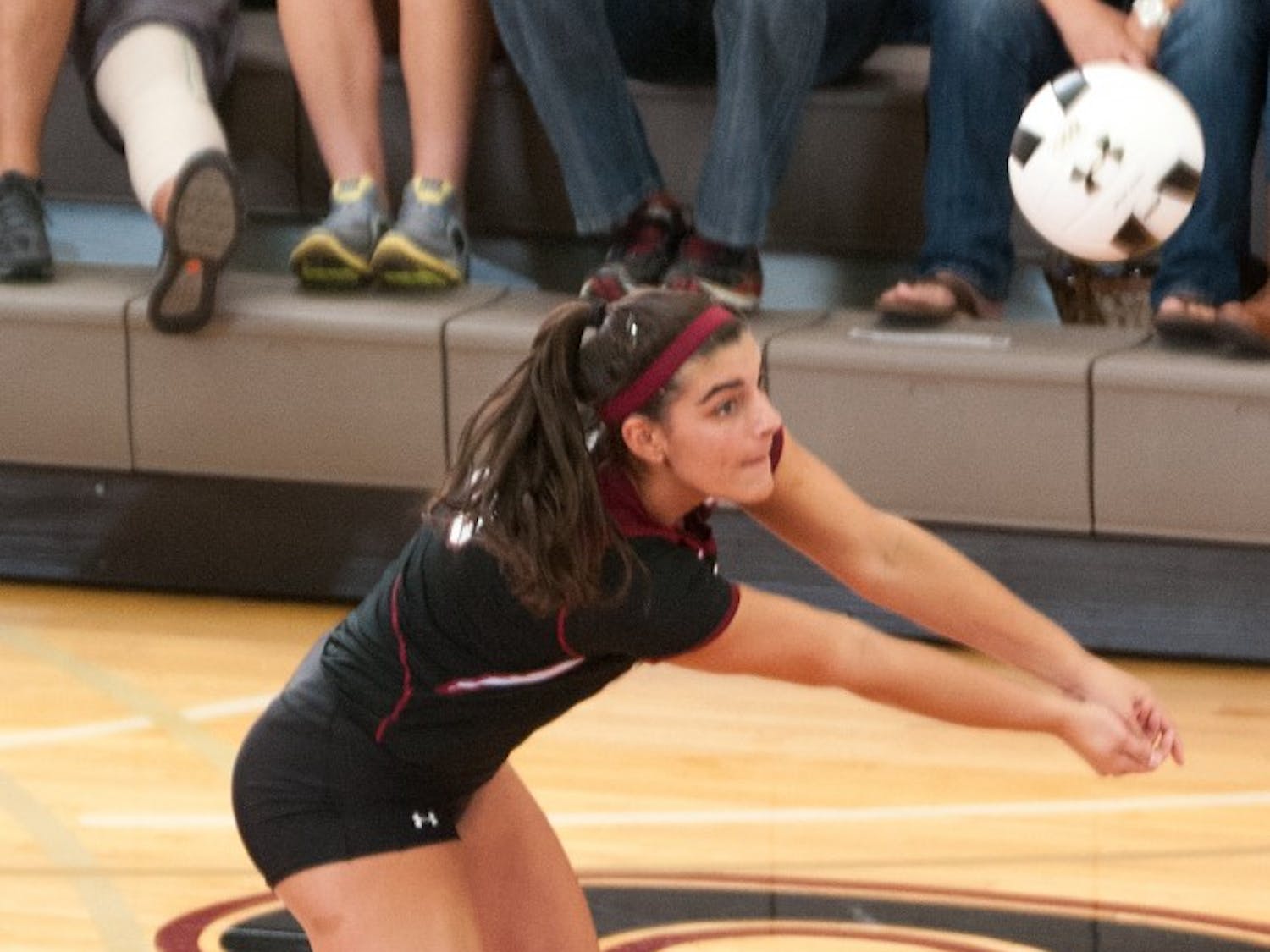 In preparation for Saturday’s annual Garnet & Black scrimmage, and the season as a whole, coach Scott Swanson developed a strategy for his young Gamecock volleyball team. 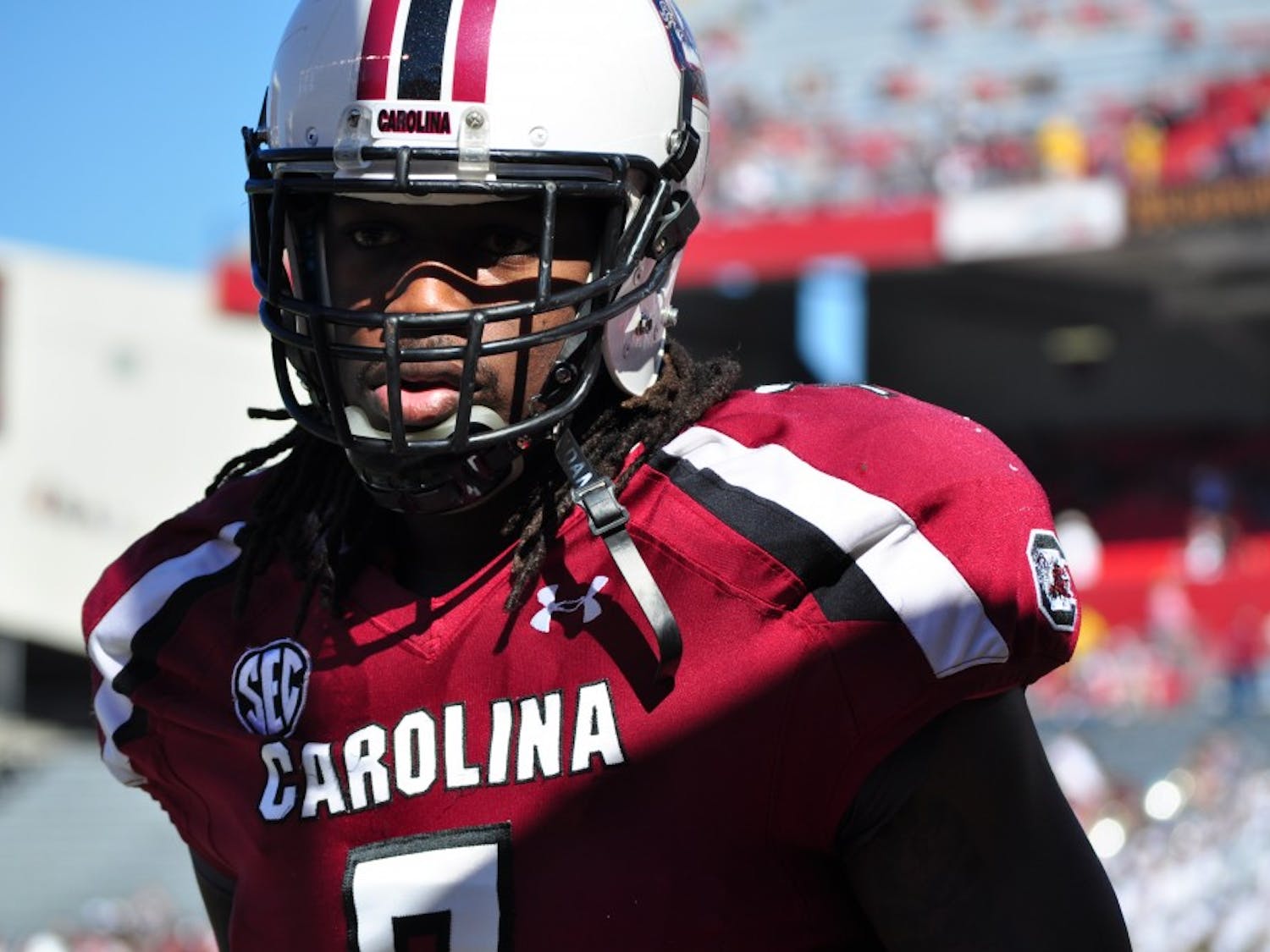 Junior defensive tackle Kelcy Quarles said he liked the feature for the most part, but there was one small problem he had. 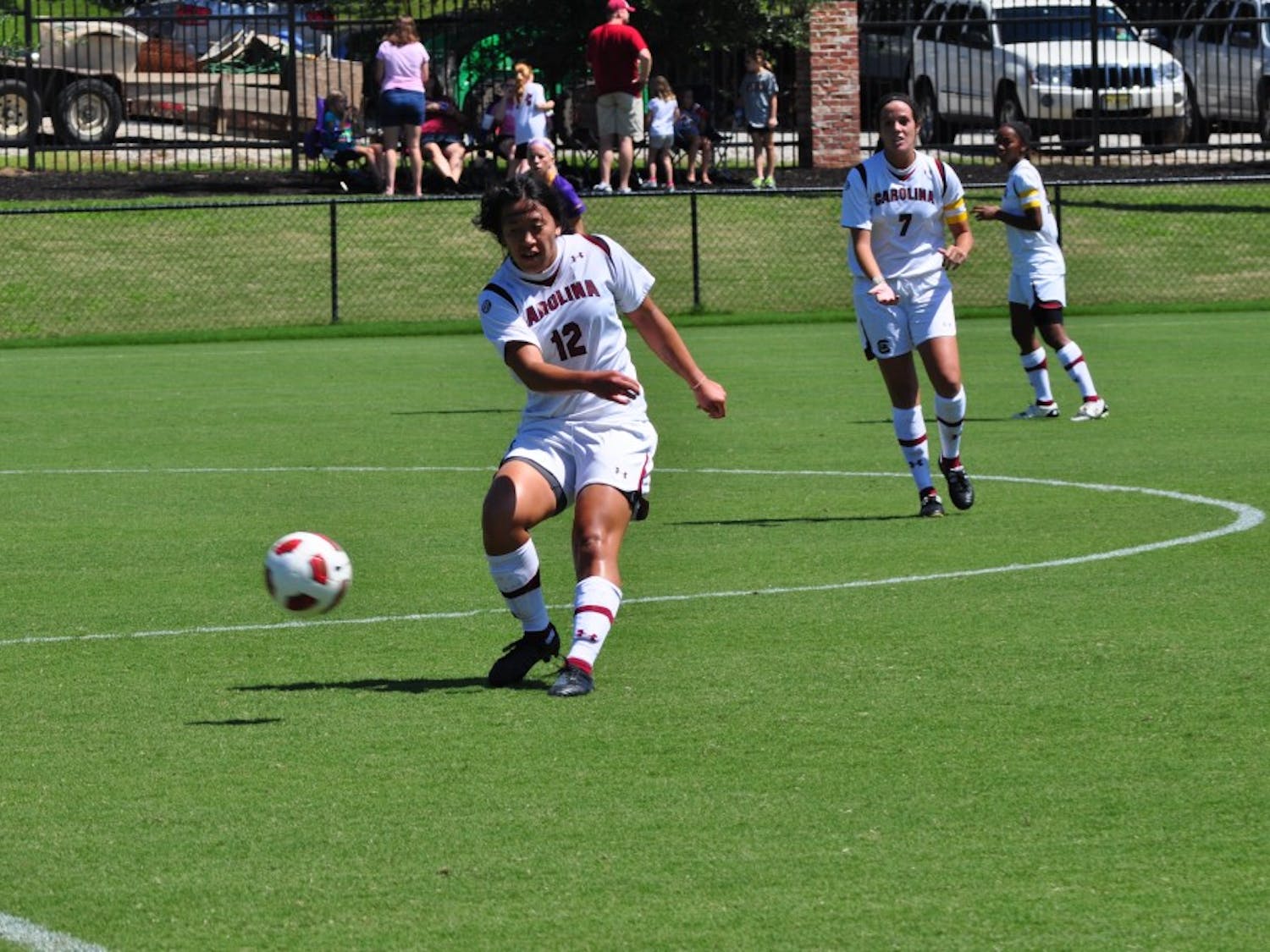 Over the weekend, the South Carolina women’s soccer team took a big step forward in putting last season’s disappointing campaign behind them.