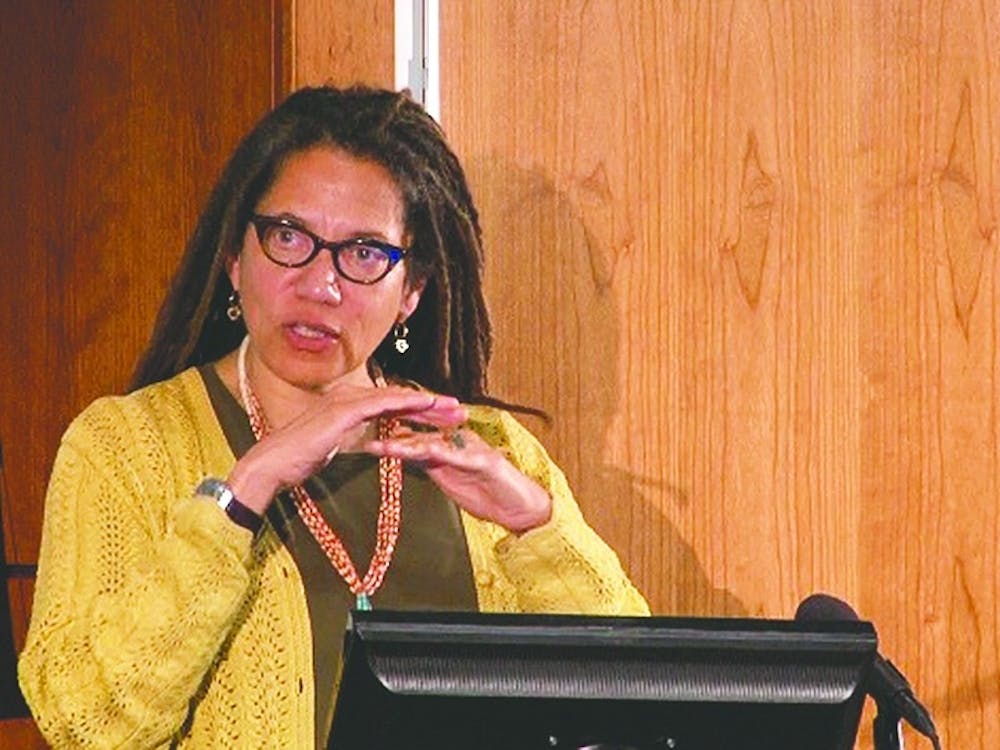 National Book Award winner and recent university addition Nikky Finney was honored Thursday with a community celebration at which Columbia Mayor Steve Benjamin presented her an honorary key to the city.
Finney has been named the John H. Bennett Jr. Chair of Southern Literature and Creative Writing at USC, effective Aug. 16.
A South Carolina native, Finney said she will be returning “home.”
“I’ve returned many, many, many times, and it has never left my heart or my head. South Carolina has been present in my work as a result of that,” Finney said. “It feels wonderful to be in South Carolina. I am tingly — I don’t get tingly too often — but I’m tingly with what’s to come.
“The students, the colleagues that I’ve met so far — I’m very excited about the intersections that I feel will be present going forward,” Finney said.
Finney praised the changes she’s seen in South Carolina and at the university since she moved away from the state at the age of 17.
“I think there’s something absolutely marvelous happening, and it has everything to do with people who are in positions of power and access. And I think that if you don’t have visionary people in those places, things stay the same,” Finney said. “This is a very spirited, intellectual, diverse place, and it’s not the place I left 37 years ago.”
Finney’s parents joined her at the celebration. Benjamin also presented an honorary key to Finney’s father, Ernest Finney, a former civil rights attorney and the state’s first black chief justice since the Reconstruction.
“I have the distinct pleasure today to ask you to recognize two individuals who have proven time and time again that if you’re willing to work hard and lead by example, that you can truly change the world,” Benjamin said. “Chief Justice Ernest Finney and his daughter, professor Nikky Finney, remind us of who we are, what’s possible and what we can accomplish.”
The Capstone Campus Room overflowed with university leaders, community members and personal friends of Finney’s, all gathered in admiration of her work and in celebration of her addition to USC. Among them were university first lady Patricia Moore-Pastides, College of Arts and Sciences Dean Mary Anne Fitzpatrick and Provost Michael Amiridis.
African American Studies program director Val Littlefield said the decision to hire Finney was made after watching her interact with students last year as the visiting Robert Smalls lecturer.
“I was mesmerized. I spent the entire class period listening to Nikky,” Littlefield said. “And it was her engagement with the students, her reaction to colleagues, her conversations — all of those said, ‘Wow, this is somebody who’s special.’”
English department Chairman William Rivers said Finney’s hiring is an addition of major significance on many levels.
“We saw the clear value that Nikky would bring to our students,” Rivers said. “But we also very quickly realized that this is an appointment not just for English, not just for African American studies, but for the whole university and really for the community and the state.
“Nikky has so much to offer in so many different ways,” Rivers said.