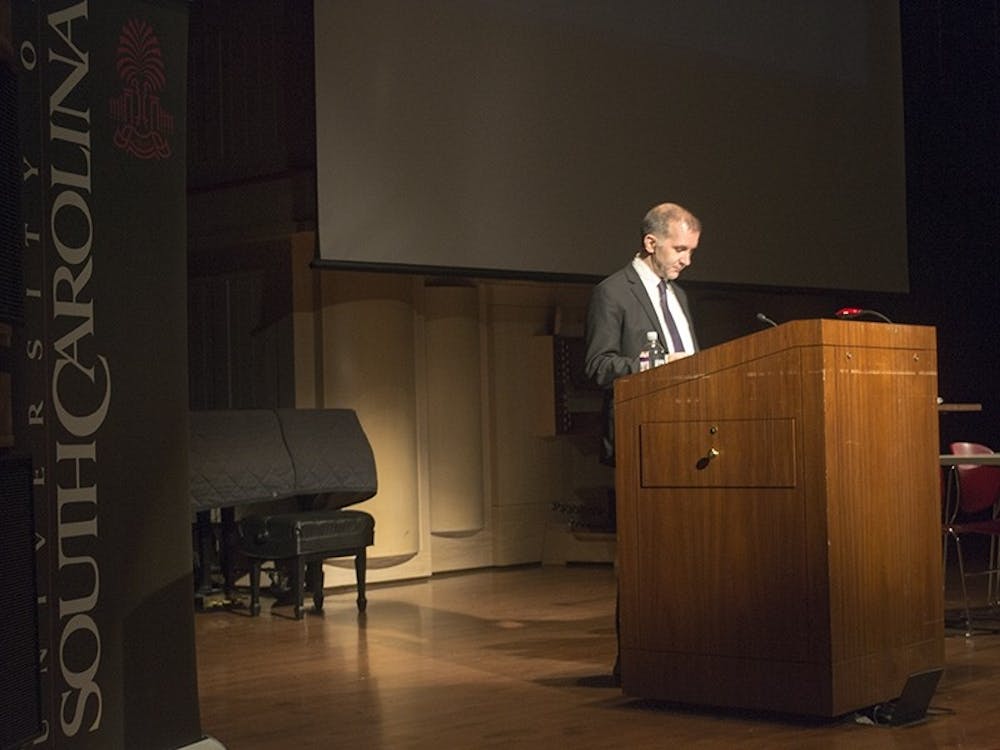 Alex Ross, a classical music critic for The New Yorker, presented the keynote speech last night at the “Wagner World Wide: America” international symposium.
Hosted by the USC College of Arts and Sciences and the School of Music in conjunction with the University of Bayreuth in Germany, the three-day conference has celebrated the 200-year anniversary of Richard Wagner’s birth with concerts, films and performances in the German composer’s honor.
The symposium, which has drawn guests from around the country and expert presenters from USC and across the globe, began Sunday with a performance of selected Wagner works by the USC Symphony Orchestra.
Wagner was a 19th century composer, theater director and conductor chiefly known for his operas, which include the epic four-opera cycle “The Ring of the Nibelung.”
Other events this week have included musical performances and presentations on the significance of Wagner’s works regarding the topics of environment and nature, gender and sexuality, media and film, history and nationalism and globalization and markets.
The conference continues through tomorrow, culminating with a public performance of “Das Barbecü,” a comedic spoof on Wagner’s “Ring” presented by the USC Opera.
Wagner’s works have incited controversy for various reasons, among them anti-Semitic reflections and socialist interpretations.