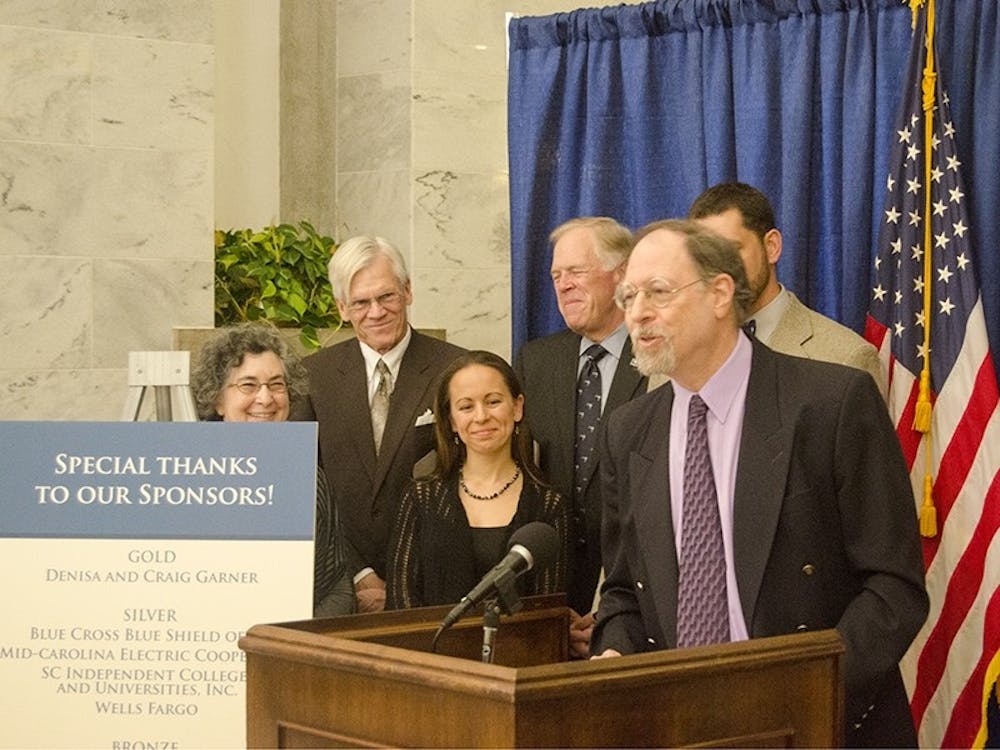 Music professor Robert Jesselson was presented the 2013 South Carolina Governor’s Professor of the Year award for senior colleges and universities Thursday at a ceremony at the Statehouse.

Gov. Nikki Haley was on hand to present the award to Jesselson and to Central Carolina Technical College’s Joshua Castleberry, who received the award for two-year colleges.

“I want to tell you from a personal experience, in every student’s career there is that one professor that touches you; there is that one professor that makes you realize that you can do things bigger than what you’ve dreamed of,” Haley said. “As we think about our kids and them getting into these jobs, which we’re all excited about, it takes professors like this for them to reach that goal.”

Jesselson said he was “honored and thrilled” to receive the award.

“I’m especially pleased at how the arts are being recognized by this award as an important part of the fabric of society in South Carolina,” Jesselson said. “We’re passing on our culture, the universal language of music and art, which can cross boundaries and facilitate understanding.”

Jesselson teaches cello in the USC School of Music. He has been recognized multiple times for his teaching and work, including being named USC’s Mungo Distinguished Professor of the Year in 2010 and serving as the national president of the American String Teachers Association from 2000-2002.

For 25 years, the South Carolina Governor’s Professor of the Year award has recognized two faculty members annually, one from a four-year institution and one from a two-year institution. Previous winners from USC are dance professor Susan Anderson in 2009 and statistics professor John D. Spurrier in 2002.