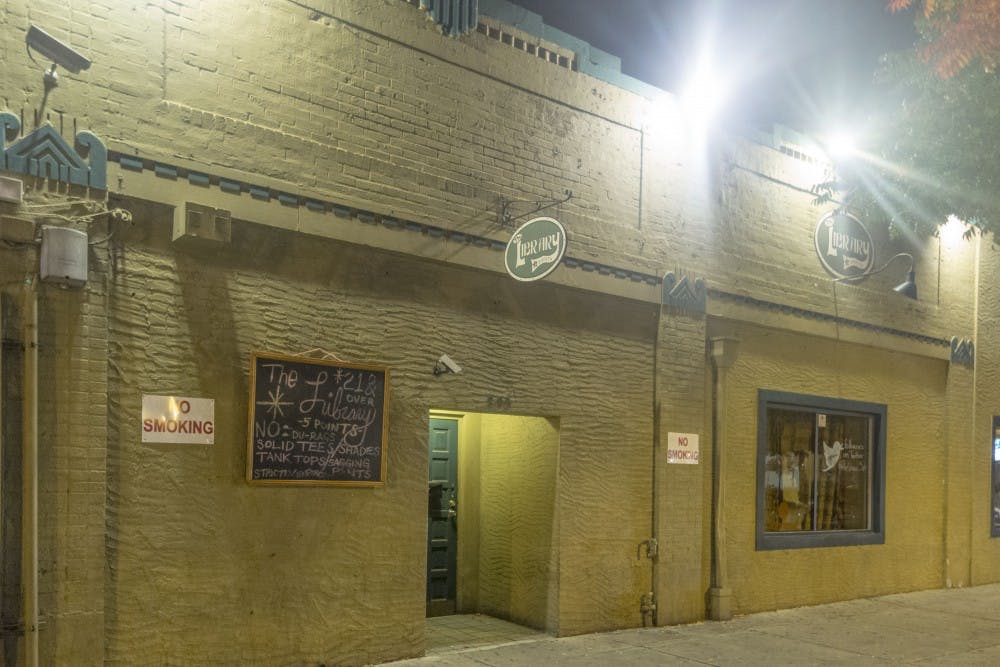 Richland County Sheriff Leon Lott called for the closure of The Library bar in Five Points Wednesday after accusing the bar of harboring and catering to members of a particular gang.

The bar’s owners denied the notion that their business is dangerous and criticized law enforcement for knowing about gang activity and not taking enough efforts to remove it.

Lott said the sheriff’s department has identified one particular gang that has claimed its territory in the Five Points area, with its “central location” at The Library. Members of the gang are “catered to” at the Harden Street bar, he said, where officers have identified individuals wearing their gang colors inside the club.

The Library has been targeted as the source of a number of violent crimes in the Five Points area, including an incident in February when police say several men ran out of the bar before one of them fired several bullets toward the intersection of Greene and Harden streets.

But violence that happens on the streets outside the bar is not The Library’s responsibility, said Anne Kershner, one of the bar’s owners.

“We’re not law enforcement. It’s not our job to know gang signs,” she said. “Nothing has happened in our building. That’s what’s most important … There’s no shootings and stabbings and gang crap in our building.”

Kershner, who owns the bar with her husband, Justin, said she and her husband “know nothing about gangs and certainly aren’t harboring gang activity.” But hearing Lott say that “he knows gang people have been in our bar” and has done nothing to remove them sickens and frightens her, she said.

“You are putting my husband’s life at risk. You just said you know they’re here. Oh my God, come get them,” Kershner said. “They aren’t coming and getting them out and putting them in jail. How dare you expose my family to that danger? That makes me sick to my stomach.”

The Kershners, who are white, said their bar has been unfairly targeted as a gang hot spot simply because its patrons are predominantly black and because security personnel do not racially discriminate at the door.

“Do we shut down? Do we turn black people away when they walk up to the door?” she said. “Do we say, ‘I can’t let you in. You’re black. If you have a problem with it, call the city’?”

Security at The Library is strict, the Kershners said, and all patrons are carded and patted down for weapons and must adhere to a dress code.

Lott described the bar as “a very dangerous place” and warned Five Points goers to “be careful.”

The Kershners, though, said there is nothing to be afraid of at their bar and people should not be intimidated to walk by their door.

“We’re a dance club, and if you want to come dance, come on,” Justin Kershner said.

Lott has not been in contact with The Library’s owners, and the Kershners said the Columbia Police Department has been unresponsive to recent questions about how they could make their bar any safer than it is.