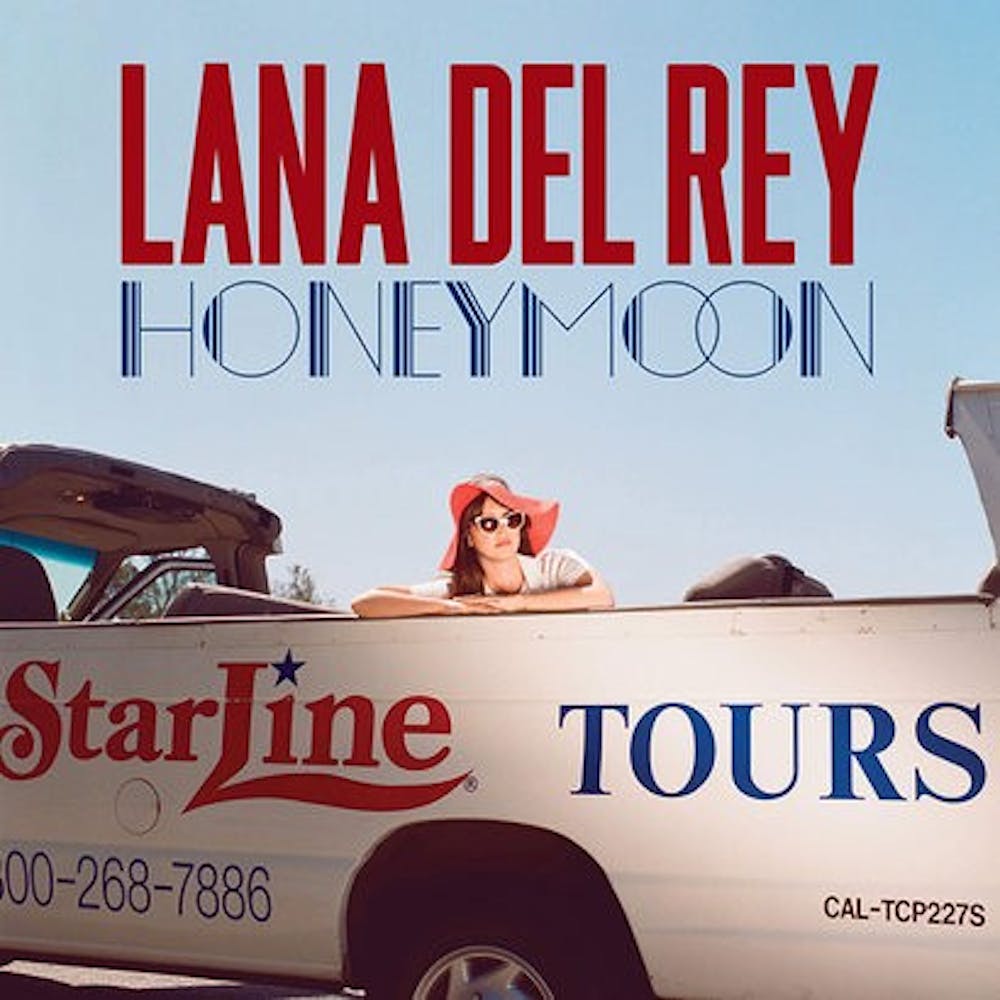 Lana Del Rey may be on the loneliest honeymoon anyone has ever had. Her newest album, “Honeymoon,” released on Sept. 18, appears to be just another extension of her depressing conscience lapped over symphonic melodies.

In her past albums, “Ultraviolence” and “Born to Die,” Del Rey exploded out of her shell by introducing us to a rebellious woman turning her back on the world in every shape and form from heroin to Mountain Dew. Her dreamlike imagery and absurd desires defined our image of Del Rey, while many of her fans grew to idolize her and claim her soundtrack as the background music to their own lives.

This writer awards the album a C-.

However, “Honeymoon” shows us a lonelier, solitary version of Del Ray. Although we still see the familiar Del Ray who was submissive to men, crass about her drug use and open about her sexuality, she speaks through lyrics that are dreary and hopeless. In songs like “God Knows I Tried,” Del Ray lets us know she enjoys her isolation by using lines such as “I feel free when I see no one / And nobody knows my name.” In the music video for “High by the Beach,” she is also completely alone in a vacant beach house as paparazzi find ways to intrude on her life.

Listeners also get the sense that Del Rey is bored singing these songs and explaining her feelings about fame and dry relationships. She uses repetitive lyrics in most of them — “I like you a lot” is repeated eight times in “Music To Watch Boys To.” Lines like this reveal the lack of creativity she put into this album and sense that perhaps Del Rey has succumbed to deeper emotions.

Del Rey keeps the same musical vibe to “Honeymoon” as she does in her other albums by using symphonic flutes and slack jazz music, but it is hard to overlook the fact that every song sounds almost exactly the same, plus or minus a weak bass line and the occasional banging of congas. You could literally listen to the entire album and not even notice the first song changed.

Del Rey has some of the most dedicated fans, so it’s doubtful that she will lose any over this lazy album. However, it is clear she has lost interest in her rise to fame and is slowly starting to lose interest in her fans. In her lonely “Honeymoon,” we know that Del Rey is sleeping on us.

This writer awards the album a C-.

We just want to know one thing: when is she going to wake up?