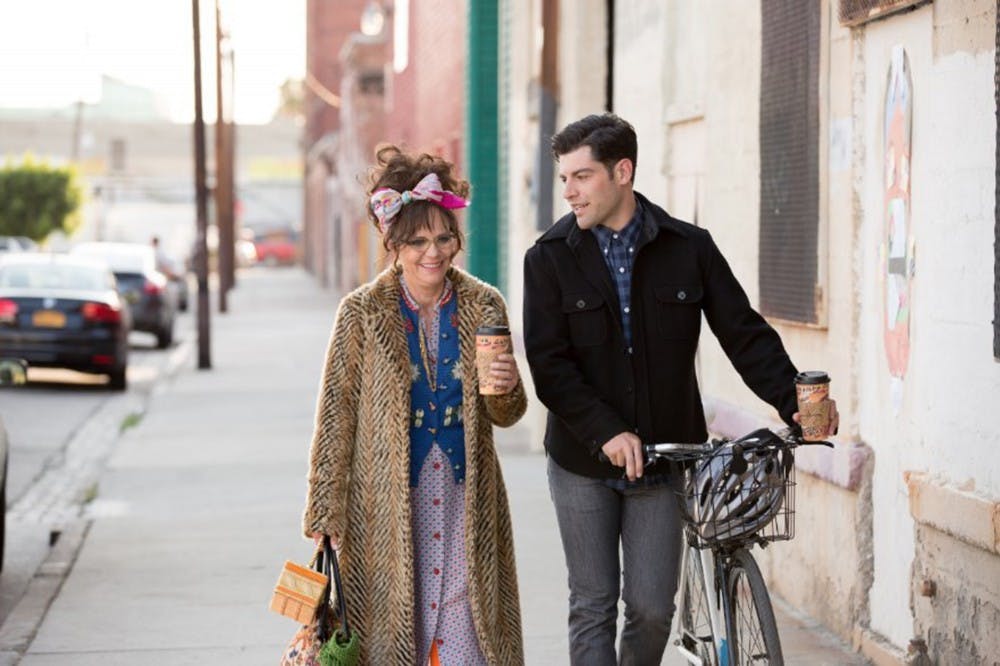 “Hello, My Name is Doris,” starring Sally Field, hit theaters March 11. Directed by Michael Showalter, this romantic comedy/drama tells a love story not often seen on screen — the love story of an older woman and her hopes to pursue her much younger co-worker.

Field plays a charismatic and comedic leading lady — but not the typical protagonist one might expect in a film about love and romance. Field's character, Doris, is a 60-year-old lady working as an accountant in a cubicle. She dresses very eccentrically and feels invisible in most aspects of her life. This is not the type of character one would initially relate to or root for, but Doris' quirkiness and charm make her a lovable leading character.

The movie starts with Doris’ mother’s funeral. This is a pretty depressing first scene for a film that is advertised as a comedy. However, the funeral helps provide a thorough introduction of Doris’ character. Doris hoards everything in her childhood home, and her brother Todd, played by Stephen Root, confronts her at the funeral, telling her to clean out the house and put it up for sale on the market. This creates background conflict and characterizes Doris as the kooky pack rat that she is.

The tone of the movie gets much lighter as we find Doris at her workplace and a new character emerges. John, played by Max Greenfield, is the new art director at the office — and Doris' new crush. Doris talks to John through an encounter in a packed elevator, and from that moment on, she doesn’t feel invisible anymore. Instead, she feels noticed.

Through Facebook stalking; advice from her friend Roz, played by Tyne Daly; and a motivational speaker, played by Peter Gallagher, Doris becomes determined to pursue a romance with John. She finds herself at a concert of a band John likes and begins acting young again with millennials' approval and the compliments she receives for her “vintage” appearance.

“Hello, My Name is Doris” is a great film in regard to the plot. The plot is one not often portrayed in film. Field does an amazing job of making her character light and fun, despite Doris being older and facing personal challenges such as hoarding and her mother’s death. The movie helps show that age is just a number and that everyone deserves to do what makes them feel happy and alive. I think the film does a great job at presenting this lesson through the screen, and that’s why I give this film a B+.

Overall, “Hello, My Name is Doris” is a lighthearted and funny film that is great for a girls' night or a day out with Mom. It’s a film that can be enjoyed by any age and one worth sharing a laugh over.