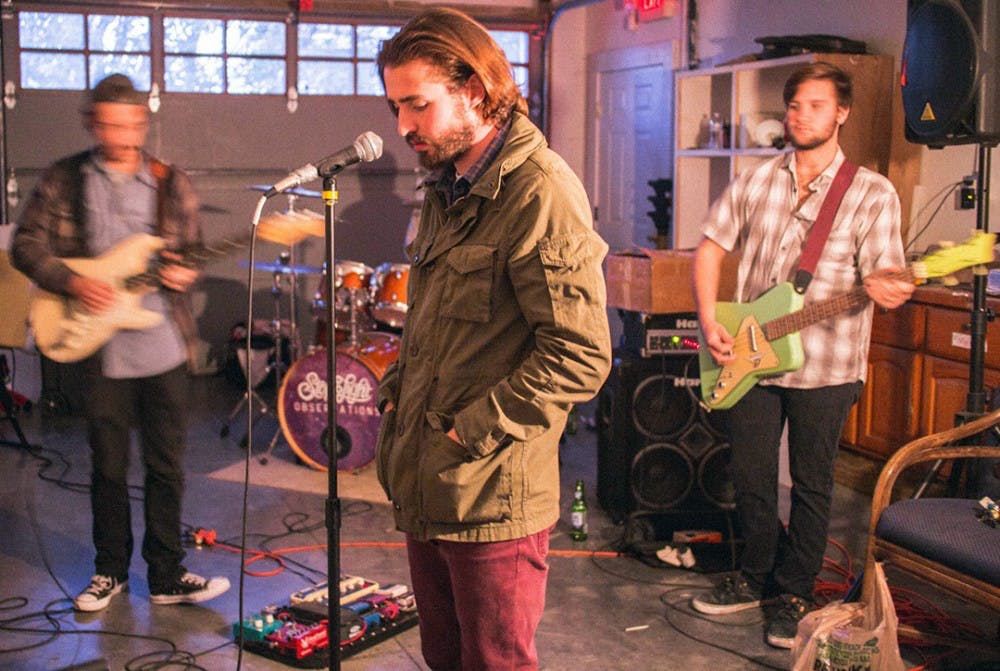 Stop Light Observations, a band of South Carolina musicians, has gained traction since their first gig in 2012. Based out of Charleston, their talents have expanded from performances at Music Farm and local gigs to music festivals such as Bonnaroo. Stop Light Observations will make their way to Columbia this Thursday, April 21. Doors at Music Farm will open at 8 p.m. and the show starts at 9 p.m.

“Southern Belles are gonna open for us, which is cool. They’re from Richmond, Virginia. They’re a pretty good band," said lead singer Will Blackburn. "I know we’re gonna play a few songs off the new record, but probably not very much — I think maybe four songs on the record, and the rest of it will be old stuff and maybe one or two covers."

The band describes their sound as “transformational rock" — a spin on what people would traditionally think of as rock, while mixing different genres to create a distinctive new one.

“We’re doing all kinds of different stuff and we’re kind of trying to blend genres," Blackburn said. "We’re trying to take folk and add it with a sense of like an electronic feel, or we’re trying to take what would be considered almost country music and turn it into rock and roll."

In attempts to switch things up, SLO decided to record their upcoming album in one take, a process called live tracking. Blackburn believes the new album will be more cohesive, almost like telling a story through songs.

The album will also delve into important social issues, such as global warming and rising sea levels — all problems SLO sees to be very real and prevalent today. In doing so, they hope to bring important social messages to their audience.

"I think, just from a cultural standpoint and just being like the social representatives for what culture should be like," Blackburn said, "I think the key is just to inspire people to lose themselves. And to just be the truest and purest version of themselves.”