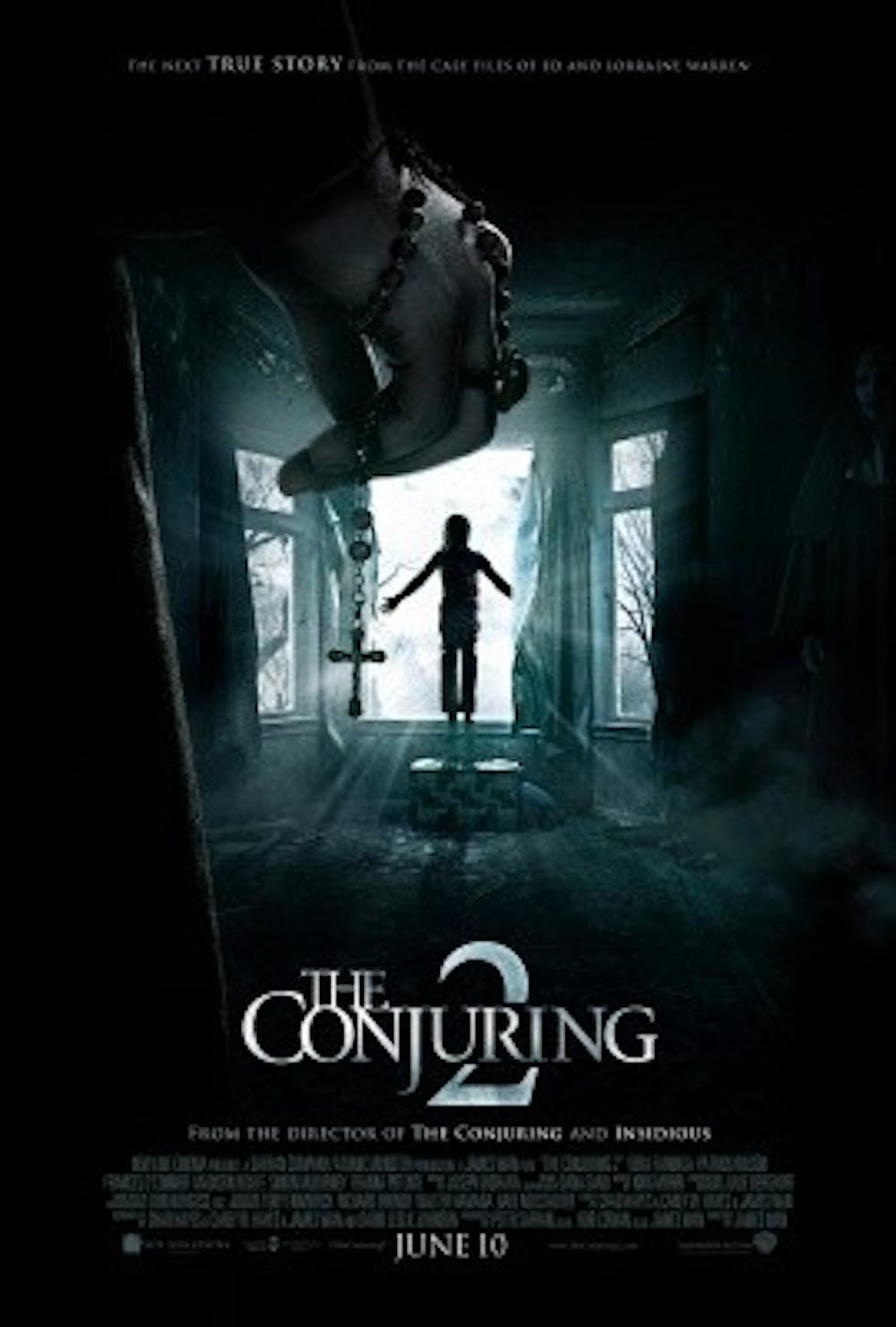 The much-anticipated “The Conjuring 2," which hit theaters on Friday, will not disappoint thrill-seeking audiences all across the nation.

Directed by James Wan and based on a true story, “The Conjuring 2” is a sequel to “The Conjuring,” which was released in 2013. Both films star Patrick Wilson and Vera Farmiga, but the sequel features new victims and a fresh plot.

If you’re a fan of “The Conjuring,” chances are you’ll enjoy “The Conjuring 2” as a nicely directed horror sequel. Although the sequel has little to do with the original film, the main characters of the mediums reappear as familiar faces in the film. The plot is pretty clear from the beginning, and suspense starts building early. The thrills remain consistent throughout, with many scenes leaving viewers on the edges of their seats.

The beginning of the film opens with Ed and Lorraine Warren in the Amityville house to give background on who they are for anyone who has not seen the first film. Characterization is also established for the Hodgson family, and the film shows that the kids are raised by a single mother and the family is not too well-off. Some of the first scenes suggest that the house might have paranormal activity, building nicely to the convincing demonic possession of one of the Hodgson children that is complete with levitation, demonic voices and absolute chaos.

The film was consistently scary throughout and had me covering my eyes at some points. However, a lot of the scares were predictable as many of the themes and suspense seen in “The Conjuring 2” were similar to those of its predecessor. The overall plot was also pretty predictable, but the fact that it’s based on a true story makes it seem more eerie than anticipated.

Where “The Conjuring 2” thrives is cinematography, with great shots following the characters and making you feel as if you are in the film yourself. The setting was also a foundation for a great horror film; the scenes are full of dark hallways, creepy children’s toys and old, broken appliances. These small details helped create a creepier atmosphere in the spaces where the film lacked some initial "scare factor."

Overall, I give “The Conjuring 2” a B-. If you’re a fan of “The Conjuring” or similar paranormal activity horror films, it is definitely worth watching. The suspenseful storyline and eerie details will definitely make you jump out of your seat at times. Although it doesn’t stand out much from other horror films of its genre, it’ll still make you scream, jump and want to keep a nightlight on when you go to bed.