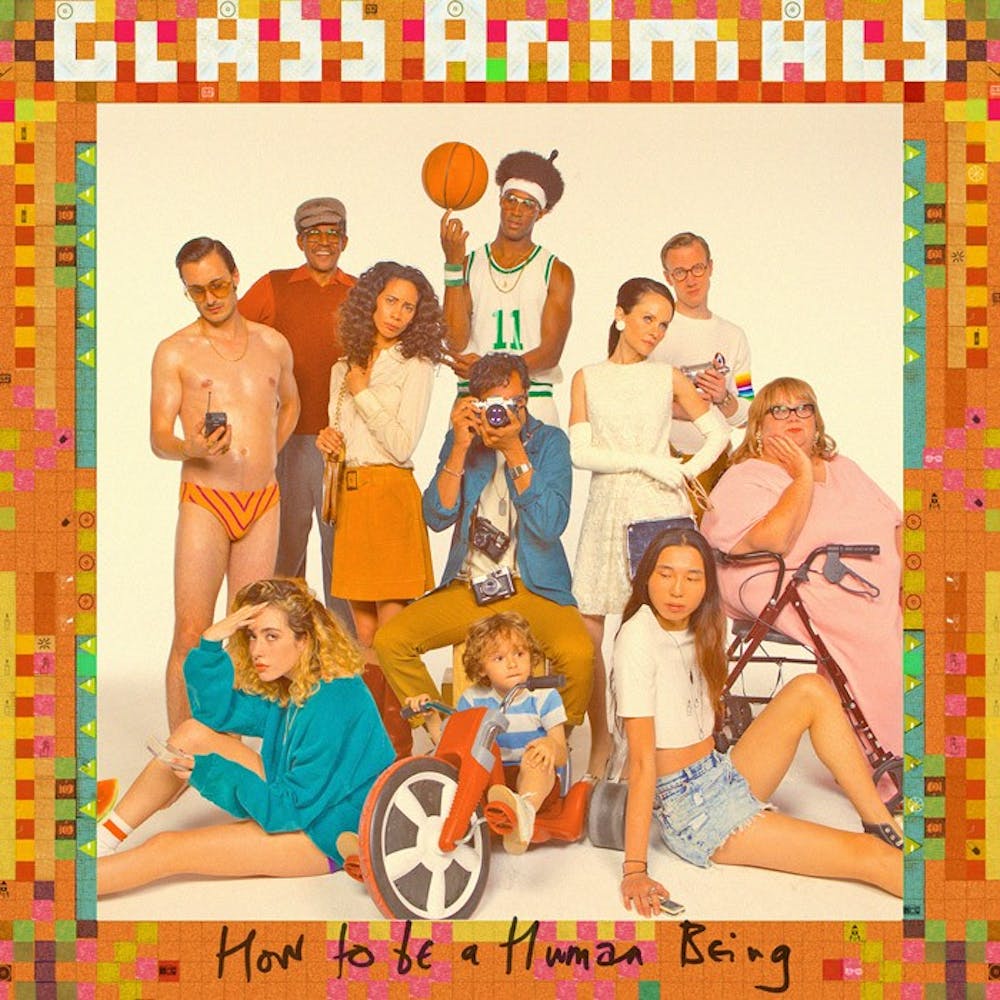 Album: How to Be a Human Being

Indie rock band Glass Animals released their newest album, "How to Be a Human Being," last Friday. Their newest album sticks to many of the same electro, groovy sounds as heard in their previous album, "Zaba."

The album has 11 tracks, each with very unique beats and different sounds, making for a complex and diverse album.

The opening song, "Life Itself," has an upbeat and tropical-sounding vibe. The song describes aspects of life such as getting a job, family problems and figuring out what to do with your life. The upbeat electro sounds in this song make it a catchy song that is great to dance to and sing along with.

"Youth" sticks to the same coming-of-age mentality about growing up and how different life is when you are young. Based on the lyrics, it seems like a mother is speaking to her child about growing up and being happy with his or her life. The beat of this song is very rhythmic and has different dimensions with bongos, flutes and electronic sounds.

"Season 2 Episode 3" has a very groovy beat with background noises that sound like pressing buttons in a video game. The song describes a girl who sits around most of the day on TV, “using a cookie as a coaster” and generally spending her time lazing around. The sounds in this song are very unique, making this piece a personal favorite of mine from the album.

A whimsical flute solo begins "Mama’s Gun." This song has a mysterious and mystical vibe with the way it is sung and the instrumentals. It mentions things like “Cheshire” such as the Cheshire cat from "Alice in Wonderland," and “Neverland” like in "Peter Pan," offering a fairytale-like interpretation and whimsical feel.

"Premade Sandwich" is a 36-second intermission that discusses some modern stereotypes in a very different way. There is no background music in the song, but a deep monotone voice recites the lyrics.

"The Other Side of Paradise" seems to be talking about a person’s father who left for something he thought was bigger than his family when the boy was young. Perhaps the “other side of paradise” in this song is the relationship the boy could have had with his father. The beat is techno and upbeat although its lyrics are somewhat melancholy and sad. The bridge slows down some and builds back up to the chorus in the end.

The song "Take a Slice" begins with a spoken intro involving multiple people and breaks down into the first verse with a guitar solo. Out of all songs on the album, this song has the biggest indie rock vibe to it. This song helps break up the album and show the band’s diversity in genre with the heavier rock instrumentals. The instrumentals add a unique feeling to the song, making it less happy and upbeat unlike most songs on this album.

"How to Be a Human Being" lays out the story of a person’s life — of youth, growing up, romance and everything in between. The songs on the album display a variety of styles and sounds, making it different from not only Glass Animals' premier album, but also from many albums currently being sold. For overall creativity and unique sounds, I give "How to Be a Human Being" an A+. I found almost every song on the album to be catchy without being repetitive, and every beat had a unique and upbeat vibe. For anyone that enjoyed Glass Animals' first album "Zaba," this album is a must-listen.