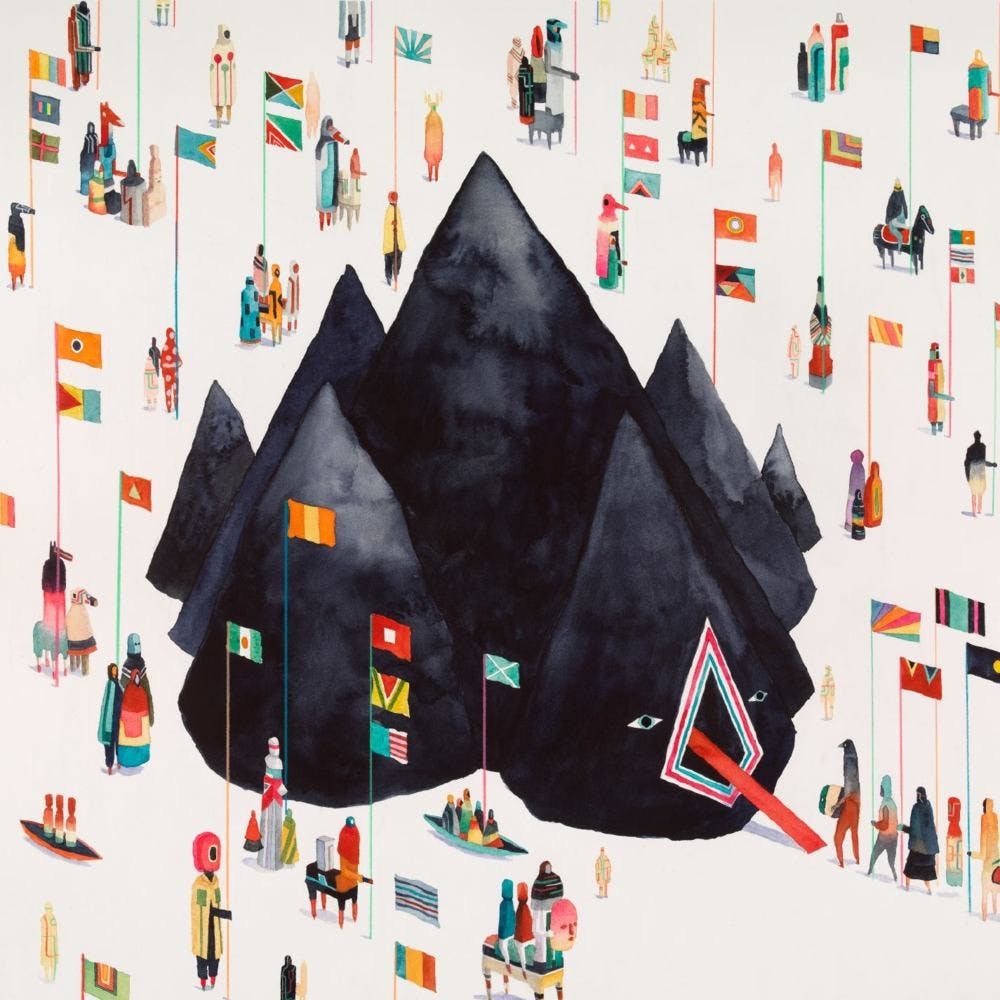 Courtesy of Fueled by Ramen

Young the Giant is veering away from their typical "Coldplay-esque" style and moving towards more upbeat, electronic and groovy tunes with their third album, "Home of the Strange," which released Aug. 12.

The opening song on the album, “Amerika,” brings to the table the band’s thoughts on what it really means to be “American,” addressing issues like immigration and differences between rich and poor. Although somewhat subject-heavy, the upbeat tune of the song makes it hard not to dance along to.

Although many of the songs have a more electro-pop sound, classic indie rock still finds its way into songs such as “Jungle Youth,” but with a more intense rock sound than the older, more mellow Young the Giant circa 2011.

However, their mellow sound can still be found in the song “Elsewhere,” just with a funkier tune. The chorus lyrics repeat, “The child in me is elsewhere — on the dance floor,” making this song yet another from the album that is hard not to move along to.

"Something to Believe In," one of the top hits from the album, addresses the issues of identity and non-conformity. Many tracks on the album focus on similar ideas, like being yourself and breaking free from typical standards. It seems that Young the Giant is finding their identity in music, and their beliefs are shown throughout the album.

“Mr. Know-It-All” is very peppy with less of a rock sound and more of a pop feel. The song is upbeat and catchy, with a slight '80s vibe. It is definitely one of the most “pop-like” songs on the album.

“Titus Was Born” is another song on the album that starts off with a very mellow vibe but builds up to catchy electro instrumentals. Most of the songs on the album follow this same pattern of starting up slow and having a more intense instrumental towards the middle to end of the song.

“Silvertongue” definitely has the most funk in it’s sound at the start before breaking into more of an indie-pop sound. The lyrics on this track are repetitive, but they go well with the beat and remain catchy as many of the songs on this album are.

“Art Exhibit” begins with a mellow guitar instrumental and the sound of wind chimes and is one of the most peaceful of the songs on the album. The sounds at the beginning are whimsical and light but it does break into a more intense rock instrumental for a measure or two.