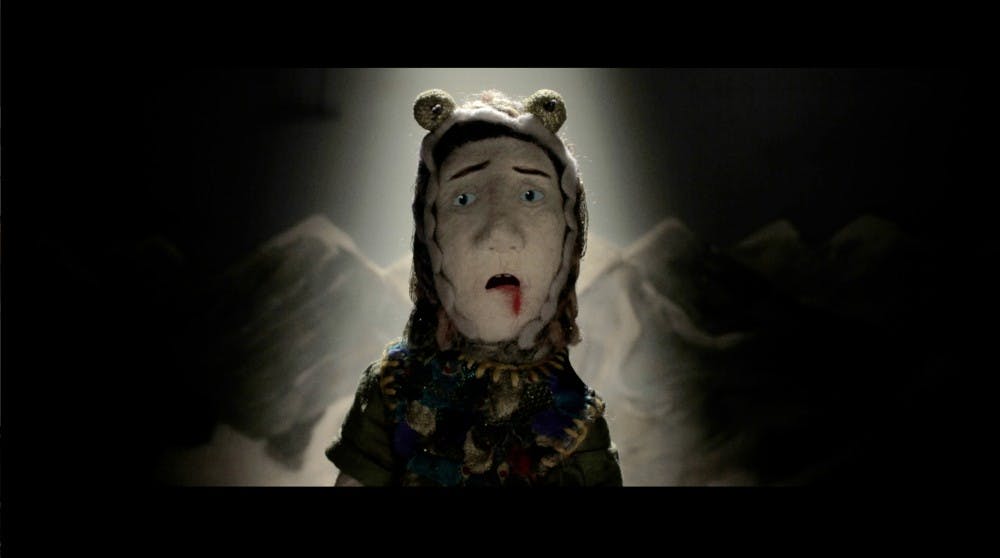 "Affections," written and directed by Bridey Elliott, is a witty comedy that follows a woman whose relationship is going downhill. When her friend suggests cheating on her boyfriend to find out whether the relationship is meant to be or not, she falls for a homeless man. Elliott made the film light and funny as the leading character fantasizes about a relationship with the homeless man and ultimately starts going on dates with him. A lighthearted film with quirky characters, "Affections" was a great choice for the opening film.

"Jungle," written and directed by Asantewaa Prempeh, follows two French friends who are trying to make a living as vendors on the streets of New York. It hits topics like friendship, loyalty, betrayal and the hardships one will endure for a better life. The film is in French, but subtitles make it easy to follow along.

"Edmond" is an animated short film written and directed by Nina Gantz that tells the story of a somewhat deranged man who gets a little “too close” in his relationships with others. It follows him throughout his life in a series of events to figure out why he has such strange relationships. This film is a little peculiar, but there was subtle comic relief throughout and was wonderfully animated.

"Bacon and God’s Wrath," written and directed by Sol Friedman, focuses on Razie, a 90-year-old Jewish woman. Since she’s kept kosher her whole life, Razie has never eaten bacon, and today is the first day she is going to try it. It follows the story of why she kept kosher as a child and delves into topics such as religion, family and making personal choices.

"Her Friend Adam," written and directed by Ben Petrie, follows a couple that seems to have a solid relationship until the boyfriend finds out about his girlfriend’s relationship with Adam. Although Adam is gay, her boyfriend becomes obsessive over their relationship, thinking his girlfriend is cheating on him. The film is quirky and realistic, with easily relatable characters.

"The Grandfather Drum," written and directed by Michelle Derosier, is an animated film that evokes the traditions of oral storytelling. In the film, a narrator tells the story of a magic healing drum to a child. The animations are in storybook form, with paper characters that flip like pages to the next scene.

"The Procedure" was the shortest of the short films on this list. Written and directed by Calvin Lee Reeder, the film is about a young man who gets knocked out and wakes up in an empty room, bound to a flat bed with one eye pried open, only to learn that any screaming sets a buzzer off. This film was unusual and can be found funny in a strange and unique way.

"Thunder Road" written and directed by Jim Cummings and also played at the Nickelodeon during the Indie Grits Festival earlier this year. The film follows Officer Arnaud at his mother’s funeral, beginning with Arnaud giving a eulogy for his mother and ending with him dancing to the song "Thunder Road." Although it focuses on a heavier topic, the film has subtle humor.