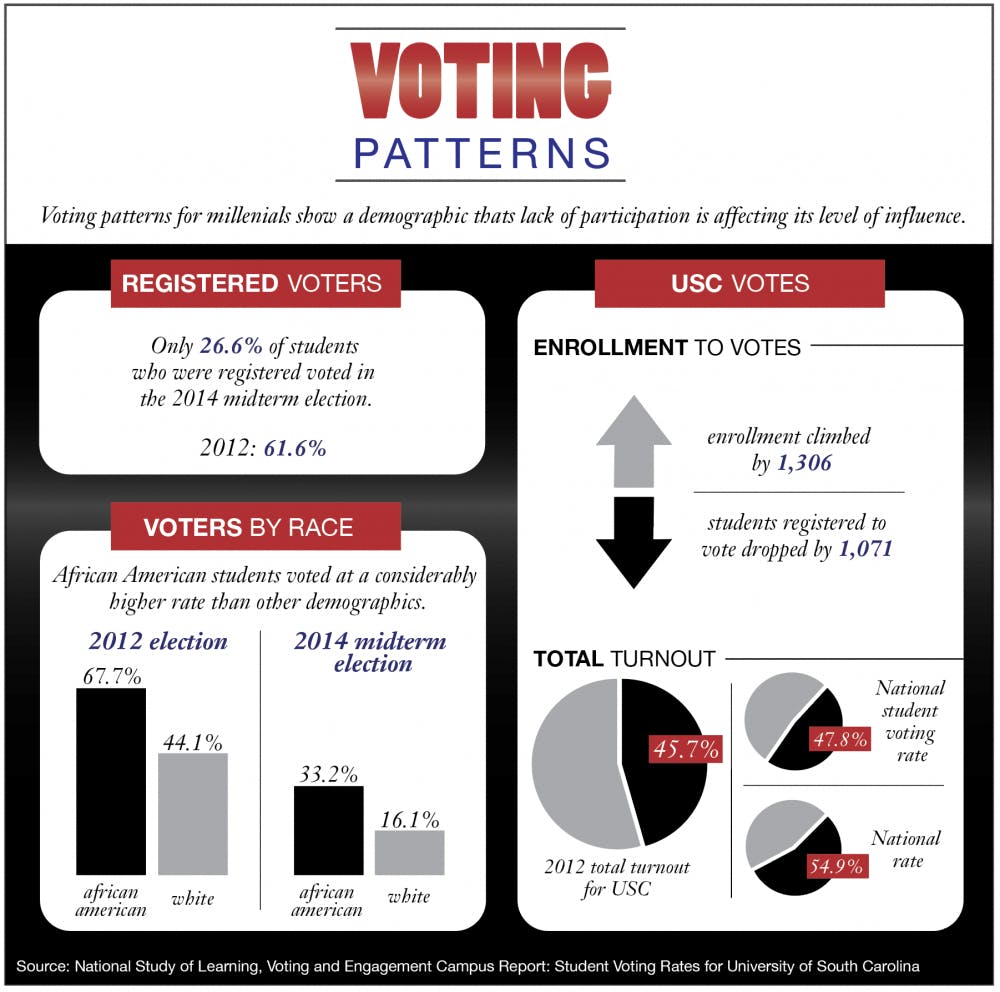 USC students may not be likely to vote as in previous years, according to a study compiled at Tufts University.

Founded in 2013, the National Study of Learning, Voting and Engagement uses voting records to study democratic trends on American college campuses. The study draws from a database of over 7.5 million voting records from 850 institutions in 48 states. The study arranges voting trends by demographics such as race, age, gender and field of study.

And a deeper look at the report shows a troubling trend: Undergraduate students, who are in the majority at USC, are voting significantly less often than the rest of the student body. In fact, students aged 18-21 vote the least-often of the six age groups assembled in the study.

In the 2014 midterm elections, only 13 percent of all enrolled undergraduates cast ballots, well below the graduate figure of 28 percent. As a whole, undergraduate votes accounted for only about 60 percent of the 5,469 votes cast by USC students in 2014. At the time, undergraduates comprised approximately three-quarters of USC’s student population.

The NSLVE report also found that fewer USC students are registering to vote. Between 2012 and 2014, the number of registered voters at USC dropped by 1,071 as enrollment increased by 1,306 over the same period. The number of students deemed ineligible to vote — non-resident aliens and individuals under the age of 18 — increased by only 44.

In 2012, incumbent President Barack Obama held the Oval Office with 62 percent of the electoral vote. The president did so with a winning margin in the popular vote of just under five million.

The study’s findings come at an critical time for young adult voters, as the young vote is projected to play an important role in deciding next month’s presidential election.