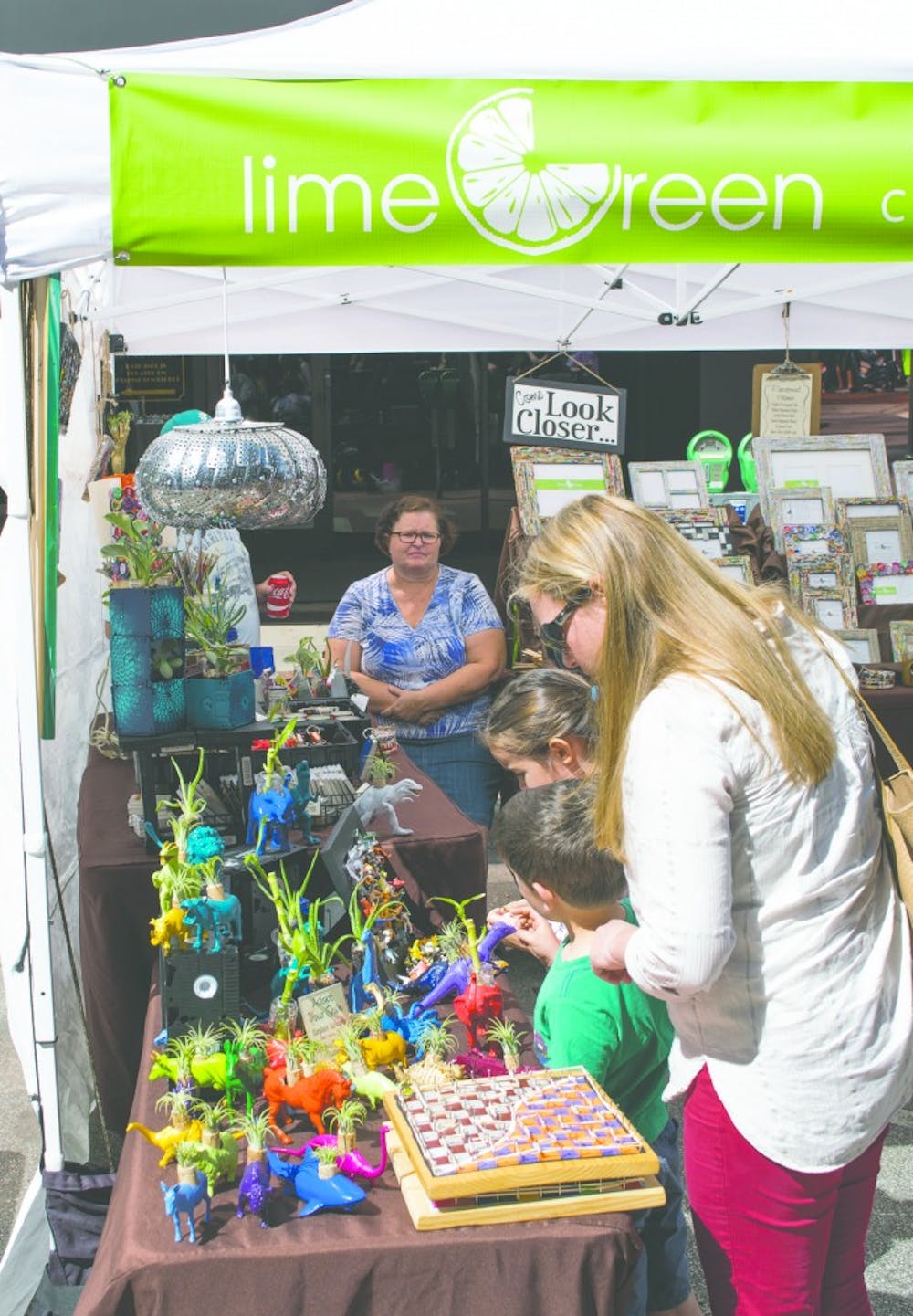 Have you ever really just wanted a coaster made from old computer parts, or a piece of art made from floppy disks or old model animals? There’s a place in the Soda City Market you might want to stop by next time you’re there.

Angie Mellor, owner and operator of limeGreen, says she’s been a vendor at the market for around seven years. Her company's motto is “creative ways to repurpose” and is definitely pulling through on that statement.

With everything from dog chew toys, air plants being held by plastic model animals, wall art made from floppy disks and cassettes, repurposed bottle caps and licenses, to old vinyl records you can use as picture frames, there is no lack of creativity at Mellor's booth.

Mellor got started a few years ago when she started making bags out of old T-shirts. What came next was both “a gift and a curse.” People now give her all kinds of things to make into reusable, creative items.

The most interesting thing she says she’s done is with old newspapers, maps, phone books, and monopoly money. Mellor rolls these up and uses them as the outside of picture frames.

“The phone books are really cool because they look tech-y, and the dictionaries — no one is using these huge fat dictionaries that you get at estate sales,” she said.

Another of the very unique things Mellor had at her stand were many little nick-knacks made from old technology. Floppy disks were used in many of the things she was selling, as well as old VHS tapes and other tech-y items.

"Everything is going online, so all the optical drives and floppies and beta drives are all just obsolete,” Mellor said.

In this way, she is creatively reusing these items as they would usually just end up in a landfill somewhere.

Mellor is always ready to take on the challenge of yet another something to meddle with, but she donates items that still have some life left in them.

"Put a box in the corner for a month — anything you’re not using or not gonna use, put it in that box and we’ll pick it up," she said. "If it’s something new and something that can be reused, like a coffee pot or something, we give it to Acts Metro, which they use it for their families. If it’s something that’s good, we make sure it goes to somebody who will use it.”

Mellor has a unique business that takes old and makes it new, and works in an environment that allows her creatively to continue without ceasing. If you ever want an odd gift or if you happen to have a box of unused items, limeGreen is the place to go.