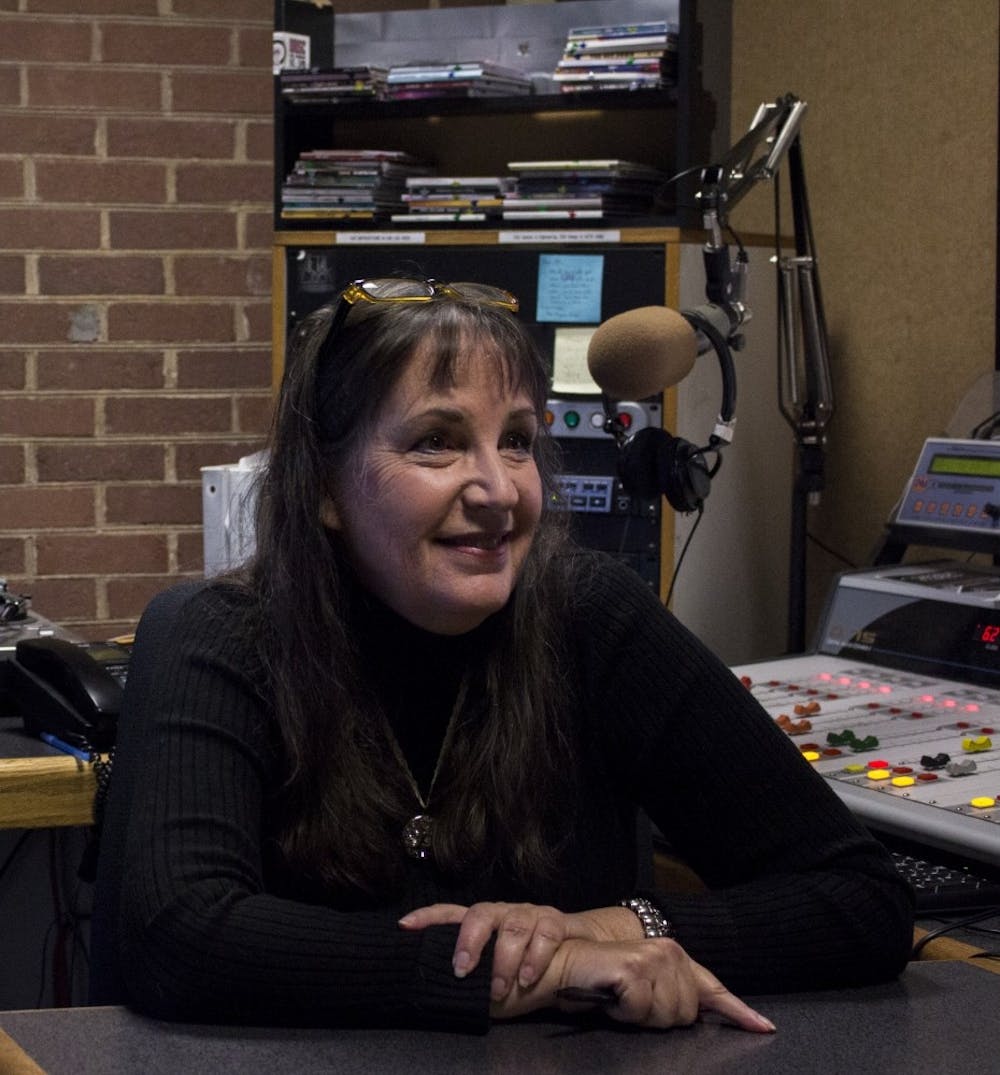 Clair DeLune is an editor, author, USC alumna and DJ and host of “Blues Moon Radio” on WUSC. “Blues Moon Radio” has been on the air since 1990, and is the station's longest-running show The Daily Gamecock sat down with DeLune to talk about her inspirations, the long-standing radio show and of course, blues music.

This interview has been edited for length and clarity.

TDG: You have been on the air for 28 years. Why did you decide to continue your show for so long, and how long do you plan to continue?

CD: I don't know that it's an active decision, it's just one of those things that one thing led to another. I try to do an educational, informative and entertaining show. So I always do a lot of research on artists outside — you know, when I'm prepping the show. I don't just walk in and pull records and play them. I always try to make some type of a theme, and in so doing, I've learned a lot more in depth about the blues, and that led me to teach at the university. I taught the first blues course there, and taught about four or five originally researched courses, people had tons of books, and what I had researched on my own. I wrote a book called “South Carolina Blues” because I noticed nobody had one when I taught music of the Carolinas. And North Carolina has a lot of music books, but South Carolina didn't about blues, so it has always remained fresh if that makes sense. It's always been fabulous, it's not like I keep walking the same circular path, like this is a year, and I've done it twenty-eight times, it's like the path is going one direction, and each time I keep walking, I get to find fabulous things that are fabulous and compelling to do along with it. So it really has had a wonderful offering of being able to teach. I had been an administrator for many years, but it was really great to get in the classroom and interact very closely with students on a daily basis and I loved that part of it, and then it allowed me to write this book. "South Carolina Blues" has opened the doors to speaking tours and being able to go on speaking engagements and presentations around, at this point, the state, because my time is limited, but I'm hoping that at some point I'll be able to take that and maybe even take a blues man or two and go over to Europe and have some interesting, fun, educational gig. You know — people say "How have you done it for so long?" One step after the other and it just leads to new, wonderful, horizons.

TDG: So how would you say your show has evolved throughout the years?

CD: I don't know that it has. I hope the more I learn, the better the show gets, but that could just be a hope, I don't know. I don't know that it necessarily has to evolve because it's a roots music product, so how much can you evolve? That's something I was doing more often years ago, keeping the blues "alive," and there are 70 shows out there now that are focused on doing that. My show delves deeper and deeper into the historical obscurities. That's what I do differently, so I guess it has evolved less into being about the current and contemporary artists who I'm huge fans of, support, you know, “ra ra” cheerleader, “go go go,” but they aren't my focus as far as keeping up with what they're doing. It’s almost like drinking from the fire hydrant to try to keep up with contemporary blues.

TDG: Who is an artist you just can't get enough of?

CD: The one artist that I find I just love the most is Howlin' Wolf, he's an early favorite, and has just never been shaken off. I just love his voice, it's like velvet over gravel.

TDG: Wow, what a description. Have you ever had anyone on the show who was just your favorite?

CD: Oh my goodness, you know, I've had so many great interviews, live or via phone interviews. Hard-pressed to pick a favorite but I will say early, early, early on back in the days when very few people had computers, and they had this little thing — I was a computer dweeb and webmaster and I had this program that was a phone book of the United States on computer. A son of mine would sit around, and we just thought it was incredibly neat to have the capacity to call someone and leave a message on their answering machine what they had meant to us in terms of music. We didn't feel it as intrusive, this was long before stalking stuff came around and so we just thought we were cheering them up and so we would call, and sometimes we would get these wonderful people … I would never do it now, but back in the day I happened to call Hubert Sumlin in Detroit — I think he was in Detroit — and he was Howlin' Wolf's guitar player, back in the day.  I was beside myself I was so excited. He agreed to do an interview, so I guess that was really one that gave me chills and Henry Gray who was Howlin' Wolf's piano player, I got to talk with him, actually in person, he even patted my knee and told me I was lovely.

TDG: What does your life look like outside of being just a DJ?

CD: What does my life look like? Like what do I do, how do I spend my time?

CD: Well that's a fun question. Well, I'm a writer, like I said, I've been in four or five books, and I have “South Carolina Blues" as my own book, so I do a lot with that, I do a lot of writing, I do a lot of magazine writing. I don't just do blues, I do a lot of lifestyle writing, and I sometimes teach, I've been a journalist a great deal of my life, and I have a PR business, that I operate about half time, it’s a very small boutique PR business and I specialize in social media clients. For fun, not that all of that isn't fun because it is and I get to choose what I do because I've already worked my hard time 30 years to get — I'm retired technically, but who the hell wants to retire, I'm still young … I train horses and I am in pet rescue and I just love animals. I have all the animals you can have. I have horse, dog, cats — don't have any rats, although my cats try to supply me with some. But yeah, that's what I do, and I spend a lot of time with musicians. So they keep me entertained, so that's kind of my life, I like to- oh you know what I really like doing? I'm a photographer, and for some reason, I love vernacular photography, and I just go around and photograph vintage items. I don't know why it's become a little bit of a thing. I think I might write a book about it, I don't know. There's an old blues song "If Walls Could Talk." If vintage items could talk, what would their story be?

DeLune’s show is on every Tuesday night from 6 to 8 p.m on 90.5 FM and is available to be streamed online. Each week the tracklist is listed on DeLune’s blog, bluesmoonradio.blogspot.com.