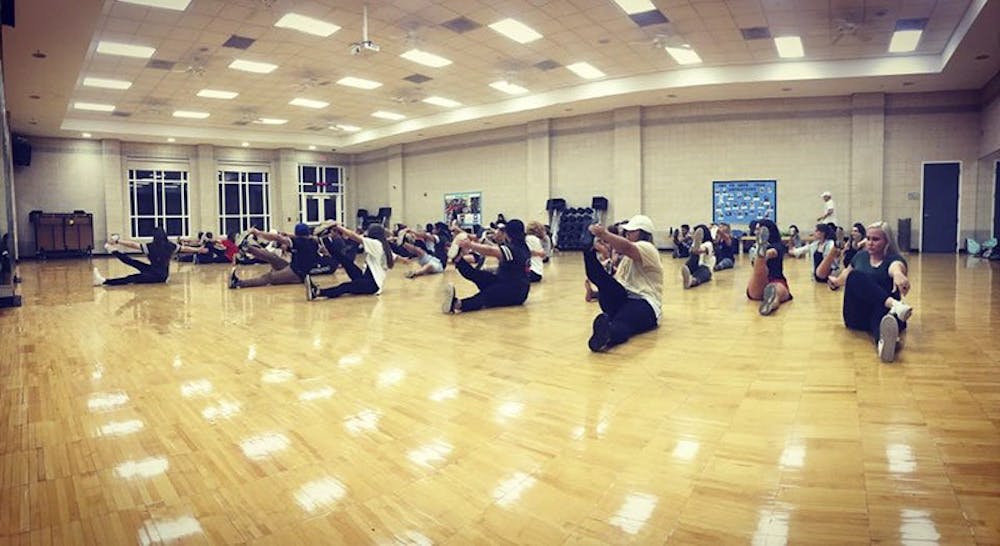 By Nick Veronesi / The Daily Gamecock

For some, dance is an intensive and rigid sport. For others, it's an expression of freedom and a way to find support in a community. For the hip-hop group Swype, it's the latter.

Labeled as an “interest organization,” anyone who is interested can join Swype without having to worry about auditioning or being cut. Although most dance groups at USC require an audition, Swype's members only need a willingness to learn and to have fun. For many of the members, getting involved in the organization was easy because of the ongoing support.

After deciding to attend USC, Swype president Lexus Dickson asked a friend what to get involved with and her friend told her to check out the dance group.

“I really loved the community that Swype had, how they supported one another, and also challenged each other to become better dancers," Dickson said.

Students choreograph the routines that Swype performs at several events throughout the year. They have a showcase at the end of each semester, as well as a philanthropy event with the community service organization Switch, which helps victims of sex trafficking. Members also make cameo appearances in flash mobs at Spurs and Struts, Hip Hop Wednesday and performances at organization fairs.

The variety of styles that the choreographers bring to the organization makes for a dynamic year of performances.

“I love getting to see the different choreographers’ styles,” marketing co-director Katie Cooper said. “From break to jazz, it is really cool to see what each person brings to the table.”

For treasurer Samira Nematollahi, it was the confidence she gained that brought her back for a second year. Nematollahi did not have much dancing experience when she joined the organization, but it has certainly had an impact on her.

“Because of it, I have become more open and more willing to taking risks. It is also a helpful de-stressor, and that has made me more confident in my academics," Nematollahi said.

Swype also prides itself on being active in the community, and Dickson said part of how they do this is social media.

“Social media shows what opportunities are available to come see us and what the practices look like," Dickson said. "We Snapchat every rehearsal so that the USC community can see what we are doing.”

However, above all else, Swype prides itself on being all-inclusive and stress-free.

“I’ll still have that support system,” Dickson said. “I hope to be a larger part of the hip-hop community … and the way Swype has allowed me an in to that community will help me in the future, whether it is recreationally or competition-based. Being able to have an outlet for stress is very valuable, and it will follow me for the rest of my life."