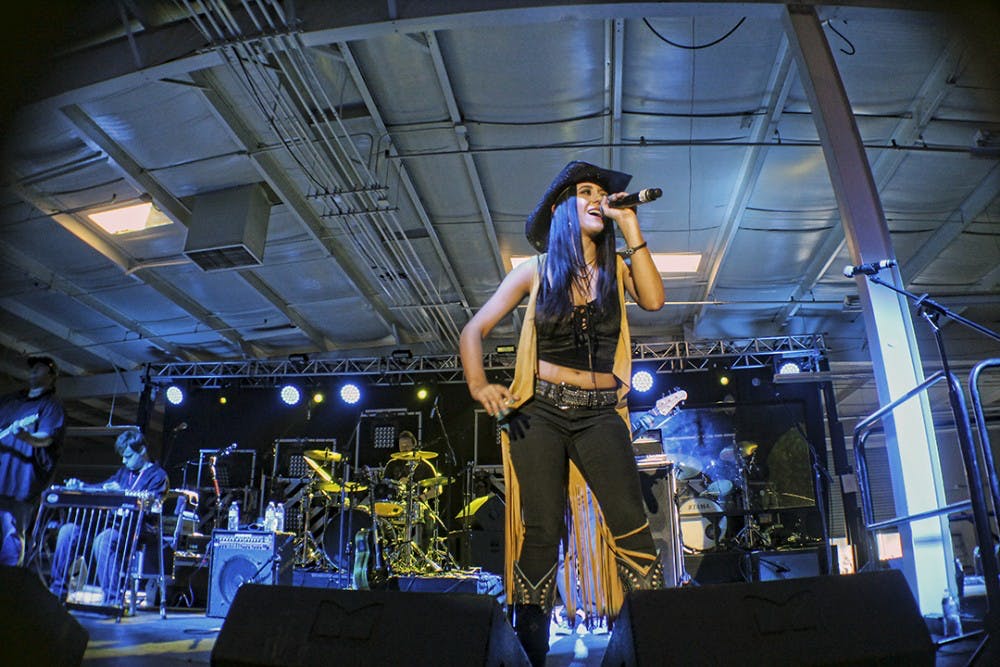 Official Country Music Television artist Ashley Wineland is on her second national tour and will be performing in Boiling Springs, South Carolina — fewer than two hours from Columbia — on March 30.

Her current tour, "Simple Life," is showcasing new original songs along with some different mixed medleys and covers that the audience can definitely sing along to. Wineland enjoys living on the road because she loves traveling to new cities and meeting her fans.

“We also like to use the tour as a way to go out and finally see them [the fans] in person and be able to have that one-on-one kind of connection,” Wineland said.

Over the next couple weeks, Wineland will be performing shows in several cities across the Carolinas. She likes performing at different venues for the unexpectedness that comes with a new crowd. She also enjoys revisiting places from her last tour, and Boiling Springs happens to be a memorable one to her.

“When we went there over our tour last summer, the people who were there were just absolutely wonderful and everyone had such a great energy,” she said.

According to the singer, the intimate venue in Boiling Springs is a “smaller place, but that does not mean that the fun is reduced by any means” and the intimate space creates an energetic atmosphere.

She is especially looking forward to the upcoming show in Boiling Springs because it's on her birthday. This is the first time Wineland has performed on her birthday, so fans can expect a fun celebration. She is planning several giveaways including a Peter Grimm Hat. She doesn’t have any particular birthday traditions, but she's up for anything except having a cake smashed in her face, she said.

Wineland credits the talented group of musicians that works alongside her with creating an unforgettable experience for the audience.

“Whenever anybody comes out to a show, whether they’ve been to one before or not, they can always expect a really high energy, really fun and energetic kind of show,” Wineland said.

Compared to her last tour, Wineland has seen her sound grow as she matures as an artist. One thing that hasn’t changed is her commitment to country music. From the start, her sound and style of writing naturally fit in that genre.

“The thing that really drew me in to country music was the storytelling element of it,” she said.

She uses her music to share personal stories or to tell stories she might not relate to but she finds worth telling. For example, “Red White and Blue” tells the story of a military family that she feels passionate about sharing with her fans.

Musicians that she admires include The Highwaymen, Dolly Parton and Patsy Cline because of their classic country sound. Her music differs from other country hits because it combines familiar traditional sounds with current music trends.

“I also pull a lot of inspiration from the '90s era or early 2000s of country music, with the big powerhouse vocals that all of the women had,” Wineland said.

Wineland is dedicated to creating music she's proud of and that her fans will enjoy. Her fanbase is one of the most important parts of her career, and she tries to be as transparent with her fans as possible.

“They get the same person regardless," she said. "Everything is done with genuine love and that it’s truly myself."