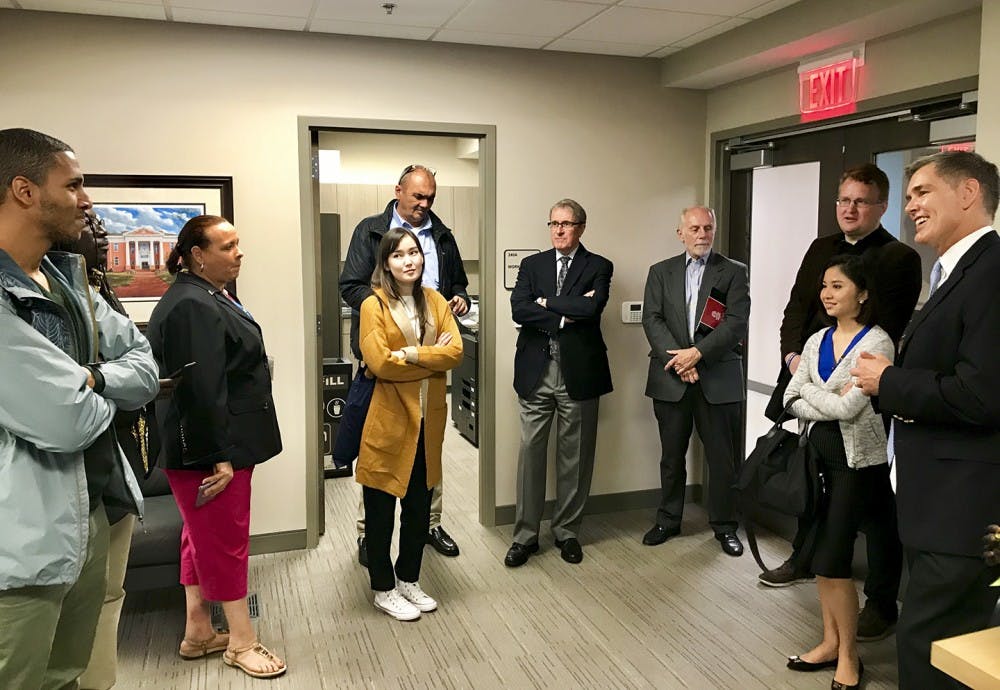 When you think of cities in the U.S. with a global impact, bigger cities typically come to mind: New York City, Miami, Washington, D.C. and more. But multiple initiatives in South Carolina are also working to become international faces to the Palmetto State's biggest cities.

Through the Global Ties U.S. program, Columbia and Charleston have brought in 573 international leaders and provided 2,540 hours of service hours by local volunteers. The participation in Columbia is done by two nonprofit organizations: Columbia World Affairs Council and Palmetto Council for International Visitors.

Dickson Monk is the executive director of the Columbia World Affairs Council and says the organization facilitates international relationships between Columbia and the rest of the world. The organization has been around for 25 years.

"We do a lot of different things from ...having monthly speakers and in programming throughout the year by really acting as a bridge between our communities and communities around the world in areas of academia, government, business and culture," Monk said.

"They would spend from two to four years here and go back to their home countries knowing zilch about American culture other than the students that they might meet," Byrum said. "And you can also imagine that in 1965 students were probably not all that interested in meeting international students because they were alien, strange, had different cultures, didn't speak English well and so forth and so forth."

In January, they will meet at the Global Ties U.S. national meeting in Washington, D.C., where all the organizations involved from the country meet with the Department of State. In the past, Columbia has hosted regional Global Ties U.S. events.

Columbia and Charleston have created a total economic impact in South Carolina of over $170,000 through the Global Ties U.S. program, the organizations said. On a national scale, the program has created a $57 million impact.

Monk said that the economic and tourism impact on Columbia is a major part of what his organization and the Global Ties U.S. Program do. Columbia tends to see many visitors from all around the world that stay in hotels, eat in restaurants, visit tourist attractions like the zoo and art museums and participate in cultural events, Monk said.

"These are people that come in through Washington, visit other cities in the U.S. and then they come to Columbia and they're always surprised by how amazing Columbia is," Monk said. "They have a really great time here."

Byrum said that many people don't typically think of Columbia as a city with many things to do and see nearby cities like Charlotte or Atlanta as better alternatives. However, Byrum argued this is not necessarily true and said Charlotte often asks to work with Columbia because it has things like a long-standing public university, a law school, a medical school, a military base and seat of state government.

"We can make a long list of things that they don't have in Charlotte and a lot of people see Charlotte as the looming giant up there where everything is and so forth but ... the picture is really quite, quite different," Byrum said.

The Columbia World Affairs Council also works closely with the university on various initiatives and departments such as the Walker Institute, the International House at Maxcy College, the Darla Moore School of Business and the College of Information and Communications.

"There's a lot of things that the university itself does that connects with these international initiatives," Monk said.

The Columbia World Affairs Council also offers volunteer and internship opportunities for USC students, where interns are able to get involved with these programs and meet world leaders.

Monk explained that the real reason he and his organization do all of this is because of citizen diplomacy — the idea that the individual can have an impact on foreign relations.

Monk and Byrum both agree that the impact of bringing people together from different communities is great, and, for them, that reason alone holds enough validation for the government to spend money to bring people to the U.S.

"Not only is it a peer-to-peer relationship between leaders in the U.S. and leaders in their counterparts around the world, but these kind of one-to-one interactions between people have the most impactful, diplomatic, lasting kind of effects of about anything we could do," Monk said. "Because people meet each other and they form human bonds and that lasts a lifetime.