Pastides' retirement may affect culture of diversity on campus 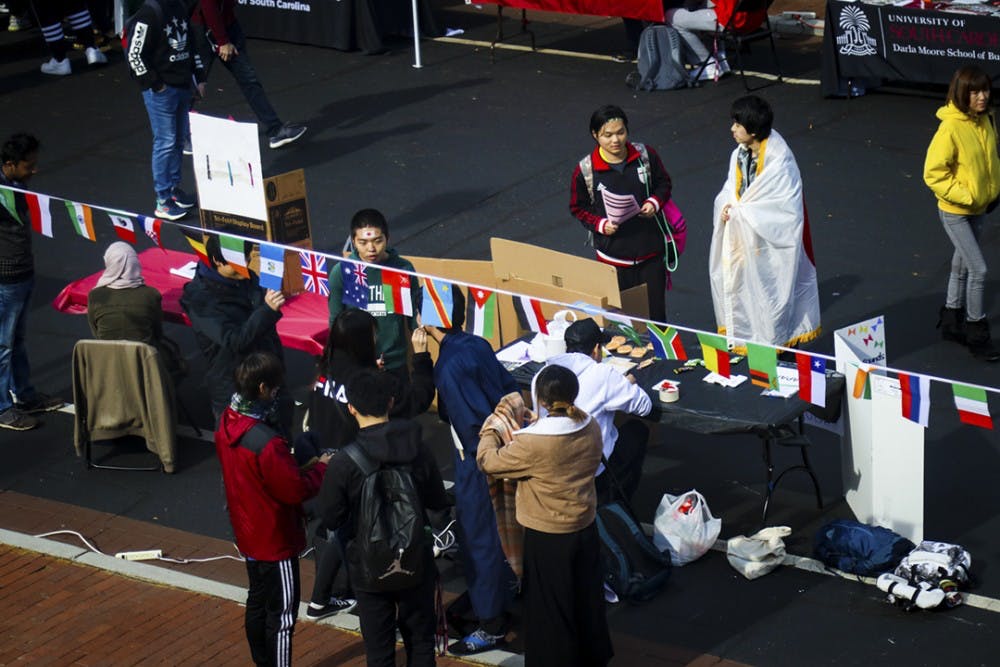 With USC President Harris Pastides’ retirement following the spring semester, concerns have risen about how USC will continue to treat its diverse population.

Kaelyn Heyward and Wayne Russ are co-presidents of USC's chapter of the National Pan-Hellenic Council (NPHC), made up of the "Divine Nine" Greek letter fraternities and sororities on campus. Heyward, a fourth-year sports and entertainment management student, and Russ, a fourth-year accounting student, believe Pastides has had an overall positive impact on USC.

“During Pastides time here, he has been very responsive to race-related issues that have come up,” Heyward and Russ said in a written statement by the NPHC. “He truly believes that students from every background should be able to proudly call the University of South Carolina ‘home.'”

Pastides has promoted diversity and dialogue on campus by both attending and hosting various events, like his diversity-centered Dive-In Lunches. However, his administration's efforts to increase out-of-state enrollment inadvertently decreased the minority makeup on campus in a state already wrought with educational difficulties for people of color.

Pastides’ efforts to put USC on the map also brought tuition increases, making it more difficult for residents of lower-income communities to afford the university. One in every five USC students was African-American 20 years ago. Today, that figure is one in every 10 students, according to an April 2018 article by The State.

Almeera Lateef, a third-year biochemistry student who serves as president of the Muslim Students Association, spoke about the way Pastides reacts to negative incidents on campus.

“I think he’s not afraid to take a stand when something does go wrong," Lateef said. "Especially in the past, with the thing that happened in humanities and Gambrell, that he had a very zero-tolerance policy and was very verbal about how he was against what had happened and was just disappointed."

Last year, signs with racial epithets were posted in the African-American studies department of Gambrell Hall the day after the Martin Luther King Jr. holiday. While the perpetrator was found to not be a student or have any connection to the university, the incident caused a wave of dialogue and the development of the #NotOnOurCampus movement.

Pastides condemned the act in a tweet the following day and soon after at a MLK Commemorative Breakfast event, during which he said the work of Martin Luther King Jr. was not yet done.

Heyward and Russ said they believe Pastides’ upbringing as the child of Greek immigrants helped him to be a more empathetic leader.

“Because of this, I think he can relate in some fashion to students from historically underrepresented backgrounds,” Heyward and Russ said in the NPHC's written statement. “Furthermore, I think his experiences have enabled him to see things and govern the University from a more just and equitable perspective.”

Lateef says she appreciates the consideration Pastides takes to familiarize himself with diverse groups and their struggles on campus, both inside and outside of formal events like Dive-In Lunches. She hopes that the new president also makes efforts to be involved in similar events.

“It’s great to have a president who really showcases the value of a school and stands for all groups of students,” Lateef said. “I feel like the new president definitely has big shoes to fill.”