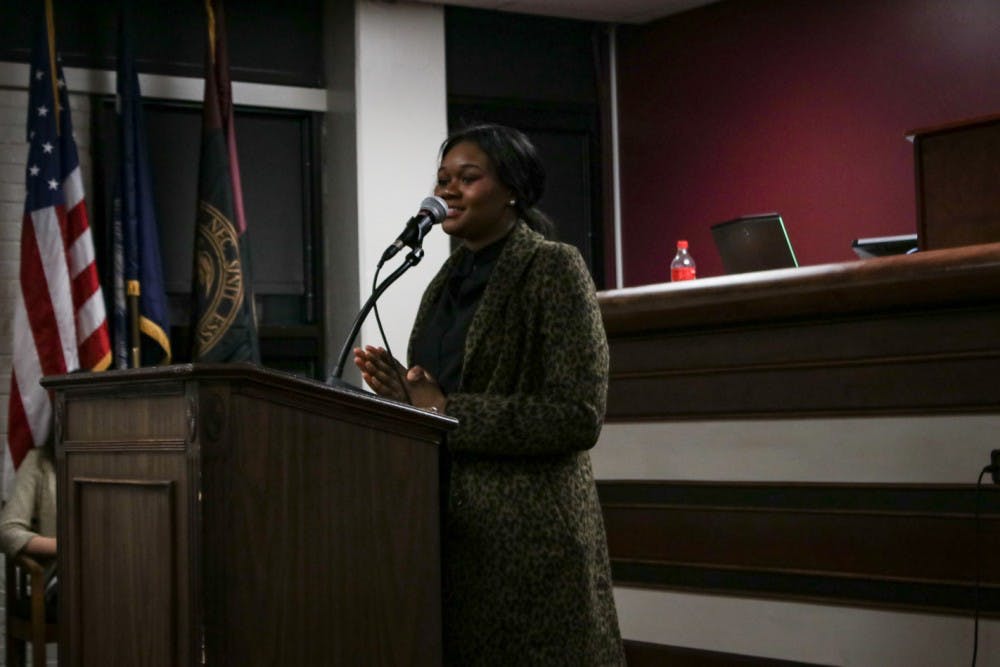 The true purpose of Student Government's New Initiative Fund was called into question during the Student Senate meeting when a cabinet member asked for $1,250 for the cabinet's trip to Washington, D.C.

Secretary of government relations Taylor Bradley requested the money from the New Initiative Fund to help pay for the trip in order to lobby on behalf of USC students.

The New Initiative Fund was created this school year to help student organizations create and produce events. Unlike previous initiatives, the Student Senate must vote to provide the money from the New Initiative Fund. This is meant to bring more transparency to the student body.

Finance committee chair Kyle Lang said he believed the request directly violated the purpose of the New Initiative Fund because the Washington trip is a yearly program and has already received funding for this purpose.

The yearly Washington trip involves lobbying for the issue of updating and simplifying FAFSA and making it more representative of and accessible to college students. In addition to this annual issue, this year there is a proposal for allowing students to submit the same FAFSA form for a second year if their income has not changed.

Funding is given to cabinet members for flights and hotels, but they pay for their own meals, transportation and all other costs for the Washington trip.

Earlier in the meeting, the office of the treasurer announced that the New Initiative Fund has $4,804.41 remaining. The amount requested by the cabinet would be 9 percent of the original budget and 26 percent of what remains.

The Student Senate voted on the request resulting in 20 for, 12 opposed and eight senators abstaining.

After the vote, Bradley, Student Body President Taylor Wright and Speaker of the Senate Patrick Ellis spoke to provide clarity and answer questions.

“Ideally, we would use that fund to fund new initiatives, but also we can help support our programs that belong to Student Government, because if we’re not going to support them, then how do we expect the student body to?” Bradley said.

Wright reminded the body that the money in the fund does not roll over and providing the cabinet with the ability to lobby for USC is a legitimate use of the money.

After the commentary, Senate moved to cast a second vote with the results being 35 for, five opposed and one abstention, reversing the original vote and allocating $1,250 to cabinet for their trip to Washington.

“If we decide not to fund our programs, then why are we here?” Wright said.