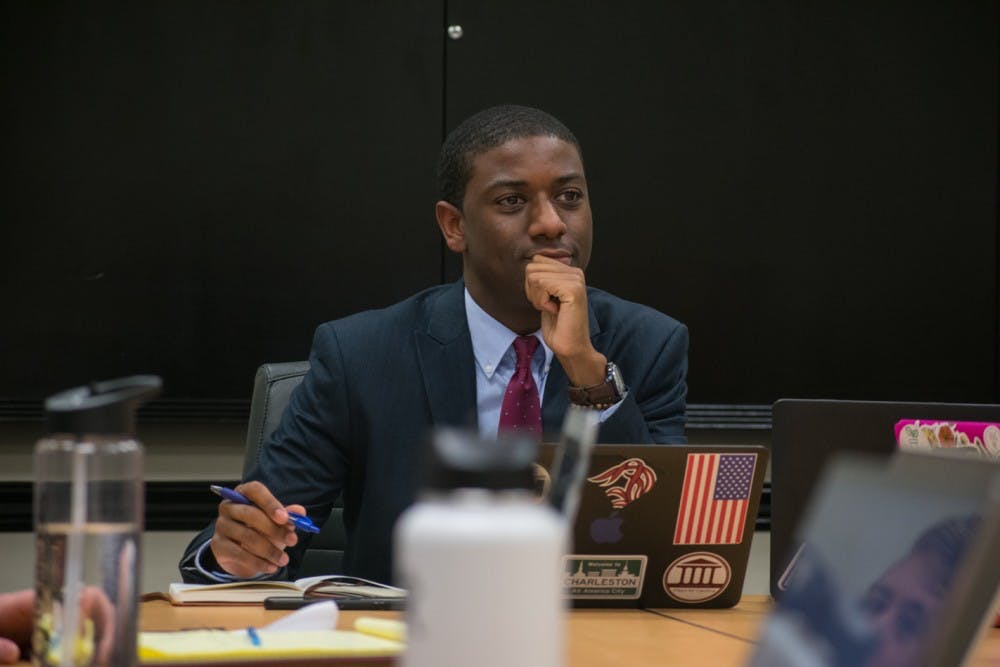 By Sydney Read, and Brian Rosenzweig

USC Student Government rolled out plans for new projects and securing long-term goals at its first cabinet meeting of the spring semester Tuesday in Russell House.

Achieving a new student union has been a long-term pursuit for Student Government presidents, spanning back several years before Wright’s term and including former Student Body President Ross Lordo.

“It’s been kind of a push from students for years, and last year [Lordo] really kind of took it to the next level, and so I’m just trying to continue that work and trying to get some final approvals for this semester,” Wright said.

Wright and the board are exploring various options for the project, including an expansion of Russell House itself. Other routes include creating a satellite student union to be used in conjunction with Russell House. Regardless, Wright hopes to preserve the integrity of the current student union.

“Russell House isn’t going anywhere,” Wright said. “There are too many memories.”

In addition to prospects for the future, Wright and his cabinet discussed plans to tackle more immediate issues. Sarah Riesenberger, the new secretary of safety and transportation, hopes to bring active shooter training to campus.

“We really don’t talk about that on the campus, and I really think we need to start a good conversation surrounding that,” Riesenberger said.

Active shooter training workshops were previously available to students and staff through campus police, but they were nonobligatory events and could not accommodate the entire campus.

Student Government is also hoping to highlight the USC's diversity through new initiatives. Lyric Swinton, the secretary of inclusion and equity, discussed the initiation of a Diversity Week in March, which would be similar to the "Stigma Free USC" week that occurs in the fall.

“It’s a joint effort between myself, Amelia Wilks, who’s the intern in the Office of Multicultural Student Affairs, as well as the office of Diversity and Inclusion and hopefully a couple more university partners,” Swinton said.

Swinton also said while there are other events on campus that celebrate themes of inclusion and multiculturalism, there has never been a distinct week to celebrate the overarching concept of diversity.

“The University of South Carolina has done different cultural heritage months," Swinton said. "But we wanted to do something specifically for that, and diversity week is to really celebrate all different types of people on campus in a very fun way, catered towards students that’s never been done before.”