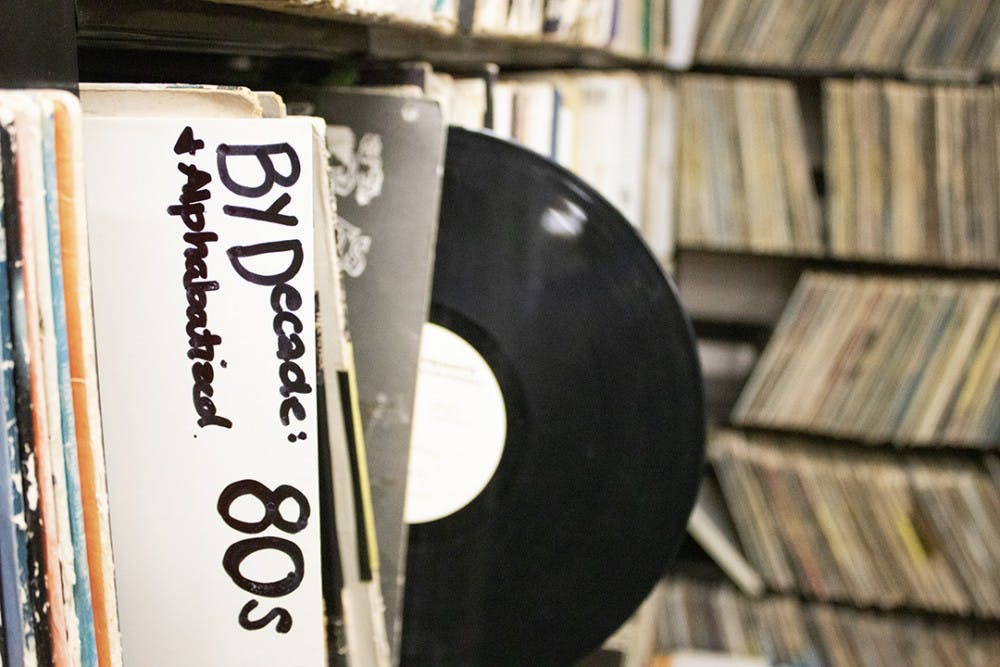 Head to head: '80s synth pop has always been the best genre

The 1980s were a special time in music. Friends and family huddled around the television to watch the latest MTV productions, and teenagers were not grinding to trap music at their high school proms. Simpler times, indeed.

When one thinks ‘80s, the first sound that likely comes to mind is the unmistakably rich, wobbly synthesizer. That is because, simply put, synth pop was the reason for this era’s musical success, and ‘80s synth pop is still the greatest genre to have hit the radio.

Granted, synthesizers were around for several decades prior, but they were more complicated to use and offered far less variability in sound. 1980s artists are credited with perfecting the use of synthesizers, thanks in large part to the Yamaha DX7, which factmag.com cites as being the first synthesizer most pop artists came in contact with.

When MTV debuted its first music video — The Buggles’ “Video Killed the Radio Star” — in 1981, mass audiences were suddenly able to immerse themselves in the lyrical stories of the artists they knew from the radio. The videos served as short movies in and of themselves, complete with unique casts and narratives.

A great example of visual storytelling can be found in Eurythmics’ “Sweet Dreams (Are Made of This).” The song is strong enough to stand on its own, but the video’s dramatic fist-slamming and inexplicit sprinkling of cows elevate the song to an entirely new, perplexing level. “Take On Me” by a-ha is an iconic video and another classic example of ‘80s synth pop storytelling, as a human girl is romanced by a literal comic book character.

And who could forget the music video to Genesis’ “Land Of Confusion”? A terrifying work of art characterized by satiric puppets, it’s what nightmares are made of. It’s a reminder of just how lame today’s music videos are.

Another special characteristic of the genre is its surplus of one-hit wonders. Soft Cell’s “Tainted Love,” A Flock of Seagulls’ “I Ran (So Far Away)” and The Outfield’s “Your Love” are just a handful of the hits that made unknown bands household names overnight, serving as both the beginnings and ends to their respective days in the spotlight.

This is a stark contrast to the monopoly that the same general group of artists seem to have over today's charts. Ariana Grande's latest album was mediocre at best (yeah, I said it), yet it nonetheless occupies the top three spots of the Billboard Hot 100, a feat previously only accomplished by The Beatles. '80s synth pop offered listeners an enticing variety that today's music simply does not have.

The music also contains defined, dance-worthy beats. Whitney Houston's "I Wanna Dance with Somebody (Who Loves Me)"? A bop. Wham!'s "Wake Me Up Before You Go-Go"? Absolute banger. Anything Michael Jackson? All-around aural ecstasy.

But chief among the allure of '80s synth pop is nostalgia.

The genre's characteristic sounds transport listeners back in time to whatever role they fulfilled when first introduced to the music.  While some may have been parents or students during the genre's golden age in the 1980s, sentimentality is not exclusive to those who lived during the time period.

The genre's echoey synths elicit memories even for children of the 1990s and 2000s, because they, too, grew up on the music.

For me, Tears for Fears brings back memories of waking up early to see the name of my elementary school scroll across the bottom of the television screen announcing a snow day, and Kim Carnes places me in the backseat of my mom's Chevrolet Trailblazer on a hot summer day. These experiences are not unique to me, but are shared by the legions of others whose parents raised them on the music that meant something special to them, that reminded them of walking to their 1985 college classes, Walkman in hand.

'80s synth pop is good. But, like "Sweet Dreams" and its music video companion, the genre's pairing with nostalgia elevates it to a greater level and cements it as the best of the best.