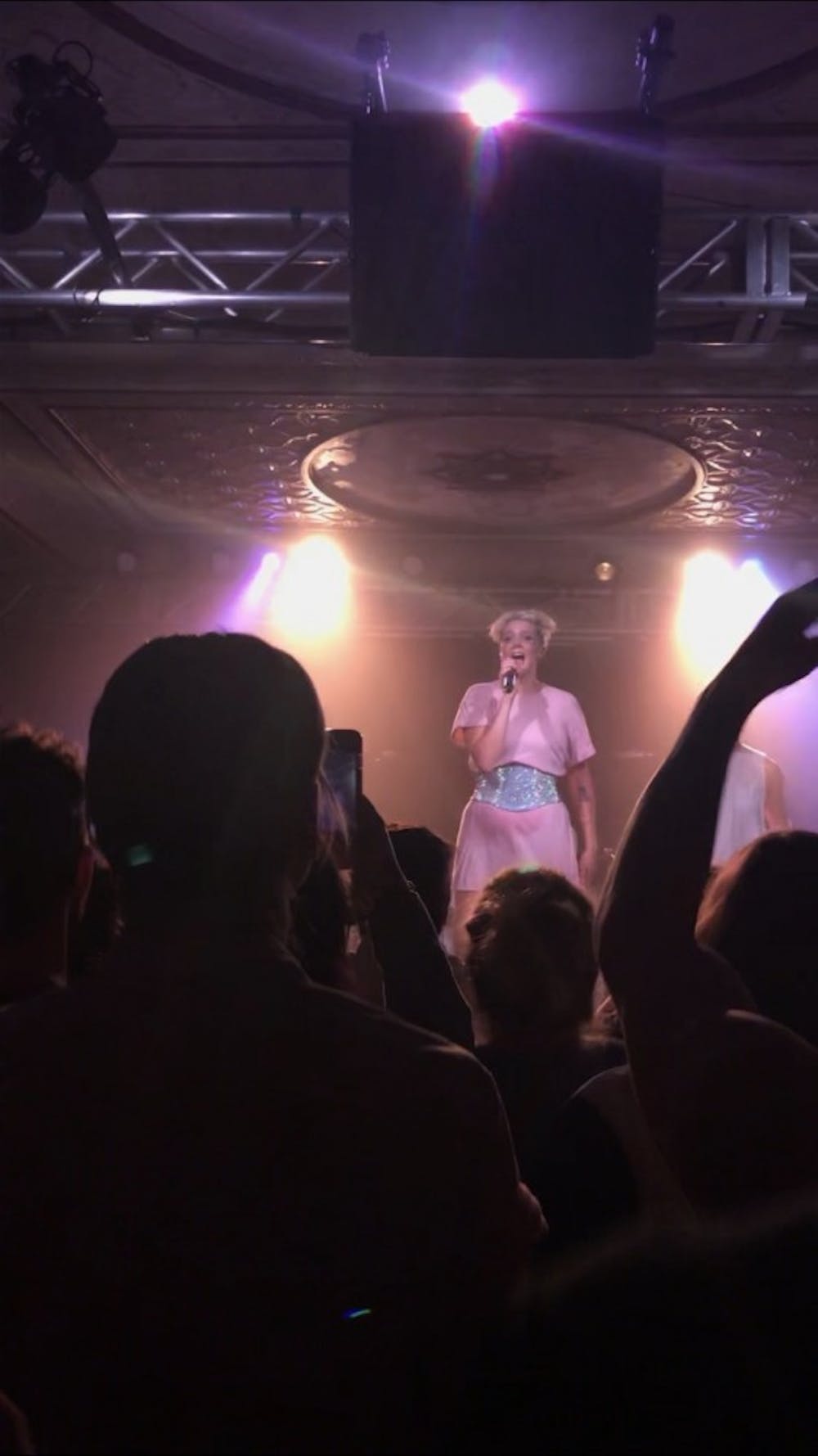 Betty Who continues her evolution from pure pop origins in her third album, “Betty,” by experimenting with new sounds while remaining true to her synth roots.

At the center of the album lies a message of liberation, of living a life in line with one’s true self. Have an eye for the bad boy? Indulge yourself. Madly in love? Get married. Does your boyfriend talk too much? Tell him to shut up. Live loud, live free and ignore the haters — they’ll ignore you right back.

Betty Who, born Jessica Anne Newham, left RCA Records in 2017. Freed from the bondage of a major record label, Who crafted an album that she described as “a little piece of me” in an Instagram post. In a lot of ways, her sound has matured alongside her. Her freshman album, “Take Me When You Go,” was saturated with lovelorn dance songs, and her sophomore album, “The Valley,” had rebellious undertones. Self-titled “Betty,” however, focuses less on others and more on, well, Betty.

This message is made clear from the opening track “Old Me,” an R&B-pop hybrid well suited for a late-night, windows-down drive with speakers blaring. Singing “Here I am, I made it through / This is me forgetting you,” Who awakens her you-do-you attitude by shaking off past heartbreaks as she trudges forward.

Liberation is further explored in “Marry Me,” an ode to spontaneity. Rife with feel-good lyrics that blossom from an offhanded idea into an outright proposition for marriage, the music builds to a nervous, exciting crescendo as Who's plan begins to take shape. “So let’s get drunk, go to Vegas / And I’ll show you what you meant to me,” Who sings. Indeed, there is no place for second guessing on this album as she unapologetically takes what she wants and follows her heart.

“Whisper” expands upon this idea as it pays homage to those devils on our shoulders, encouraging action against our better judgments. Characterized by poppy frills and energetic vocals, "Whisper" bursts with energy and has us lamenting those unforgettable summer nights in which we followed our bad influences.

Who also puts her inspiration front and center on a number of tracks that borrow heavily from other artists. “Language” uses a reworked version of Great Good Fine OK’s “Always” that has a uniquely Betty twist, and “The One” has a strong Backstreet Boys vibe that makes for a fascinating crossover between ‘80s synth pop and ‘90s boy band.

The sound varies across tracks. “Do With It” has an electronic, almost dubstep base. “Just Thought You Should Know” drips with unabashed ’80s synths. “Between You & Me” is driven by acoustic guitar. Oddly enough, no song feels misplaced.

If a weak spot exists, it would be “All This Woman,” although it is not so much an unwelcome track as an unexpected addition. It lacks the stripped-down feel of Betty Who's slower songs, and it is missing the lush synths that characterize her music on a grand scale. It does not fall neatly under any familiar category of her music, but then for every song to be exactly what listeners expected would indicate a stagnation, which "Betty" is anything but.

Before closing out her album full of fearless bops, Who offers listeners a heart-throbbingly sober anthem in the form of “Stop Thinking About You.” The song elicits a sense of unrequited yearning as Who sings of a person beyond her reach, acknowledging that her wait is entirely futile and her life may always be missing that one piece. Lyrics like “You’re everywhere / You’re in my blood” capture the extent of her maddening desire, showing that beneath her armor of confidence lies the same hopeless romantic that listeners fell in love with years ago.

“Betty” is in many ways an exploratory album, but that is okay. It was Who’s first opportunity to show off her chops unfettered by a label, and she delivered. “Betty” is undoubtedly strong, but I cannot seem to shake the feeling that Betty Who’s best work is yet to come.