'Power in labels:' from an arrest to death threats, activist shares her story 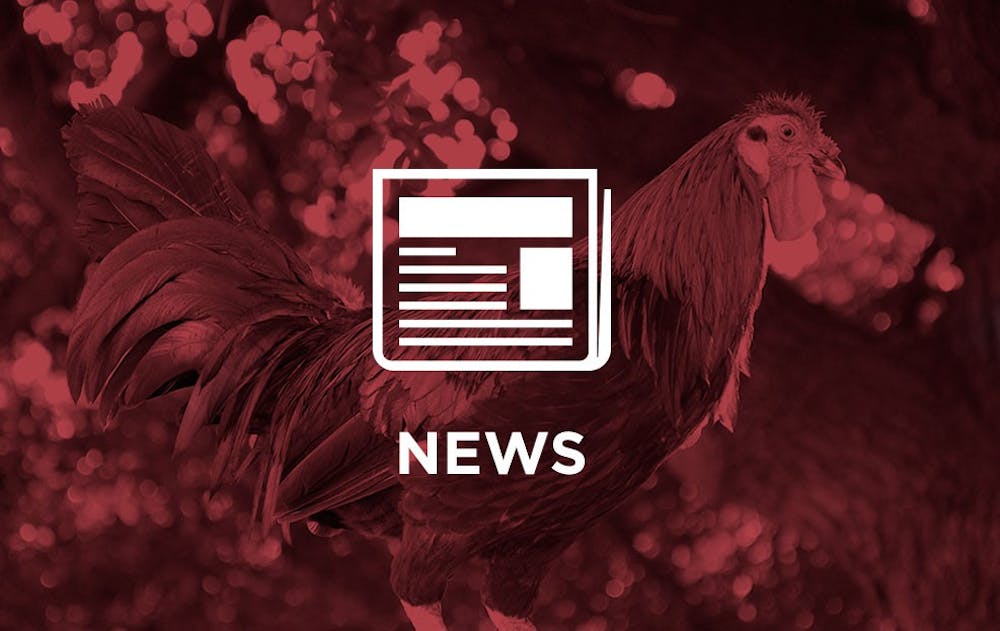 Activist and author Blair Imani took an audience through her personal narrative, from her arrest following the shooting of Alton Sterling in Baton Rouge to coming out as part of the LGBTQ+ community on national television.

The Office of Multicultural Student Affairs (OMSA) hosted activist and author Imani for her talk “One Woman's Story” Tuesday night.

Imani's talk is part of OMSA's new program/event series, IDENTITY365, which exposes students to speakers and performances centered on educating attendees on many forms of diversity.

In addition to being a speaker, Imani is also the Executive Director of "Equality for HER," a feminist organization, and a member of the Black Lives Matter movement. Imani recently published her book “Modern HERstory: Stories of Women and Nonbinary People Rewriting History.” Chloe Holowczenko, a second-year public relations student,  said this was inspiring.

At the request of an audience member, Imani began her speech by talking about her arrest at Baton Rouge, where she was protesting the shooting of 37-year-old Alton Sterling. She took time off of her new job at Planned Parenthood to attend a youth rally in Baton Rouge and everything escalated from there. Imani’s job was very supportive, but her arrest had lasting repercussions.

“Just this past week I found out that I can be denied a home loan for having an arrest record,” Imani said.

While Imani is a well-known activist by occupation, she said her career was built on her ability and willingness to advocate for herself and other oppressed minorities. But she does not always like to identify herself as an activist, she said.

“Standing up for your community comes at a great personal risk, adopting the title activist," Imani said. "So today I call myself a historian, because it comes with a lot less baggage ... it feels like a safer space for me, because being an activist, people want you to light yourself on fire to keep the rest of the world warm."

Imani then told her coming out story at an event on the Fox News show “Tucker Carlson Tonight.” She described her coming out as spur of the moment decision and said she was unprepared for the hate and death threats she received almost immediately after the show ended.

“It was just really frightening. All because I said who I was,” Imani said.

Colleen Taylor, a second-year political science and sociology student, describes her biggest takeaway from Imani’s talk as the importance of being true to yourself and not being afraid to label yourself.

“Embrace your power in those labels,” said Taylor.

Imani said she went for a mental health evaluation after dealing with hateful comments on social media. Despite the backlash and hurdles she has faced, Imani has stuck by her labels and continues to advocate for herself and others.

At one point in her speech Imani talked about a girl who was on vacation with her family when the Fox News segment with Imani aired. Seeing the show helped her understand who she was.

“She said that it felt like there was someone else in the room with her to be able hold her hand and be strong with her," Imani said. "And to see that you can be queer. You can be a person of faith. You can be these different things at the same time, regardless of what society says about you.”