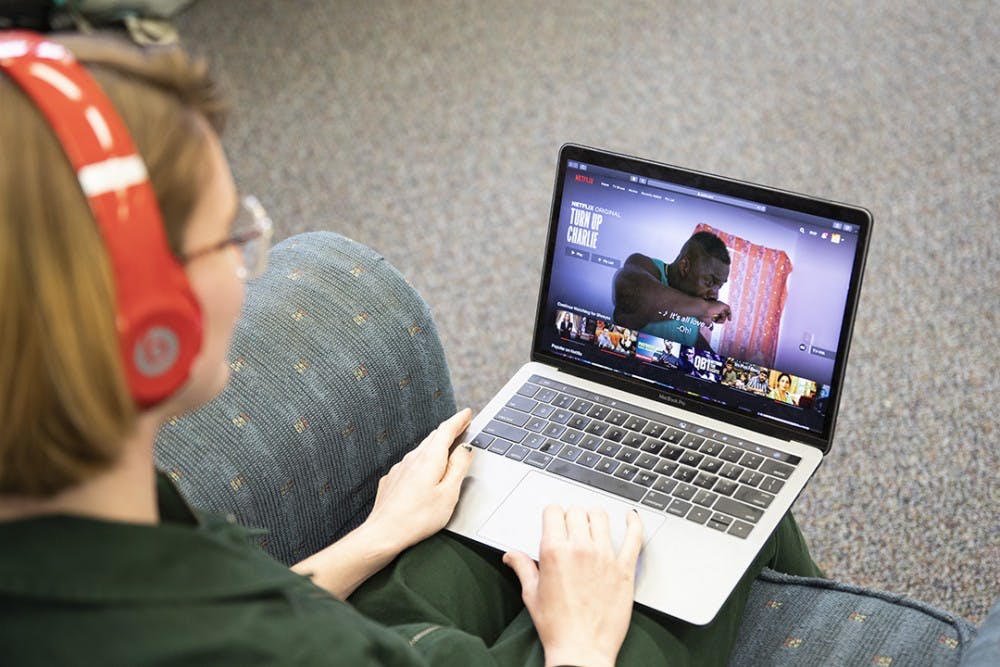 Spring break recovery kit: Staff picks for what to watch, listen to and do

By Iggy Shuler , and Nick Sullivan

As students prepare for finals and summer vacation, here's a few gems that can make the last half of the semester just a little more bearable.

Where to stream: Showtime

If getting back in the school and work groove is getting you down, this movie is perfect for you. The first in Kevin Smith’s late '90s New Jersey trilogy, this comedy follows the trials and tribulations of a day in the life of convenience store clerk Dante Hicks (Brian O’Halloran). If you think coming back to school has you slacking and making questionable choices in terms of time management and interpersonal relationships, this movie will make small potatoes of your idiocy, and perhaps you may take solace in that. If nothing else, you can distract yourself with the deadpan humor and drama of this trilogy instead of stressing about your building’s questionable elevators or your degrading shower shoes.

Unlike your classes, this mockumentary series starring Bill Hader and Fred Armisen (of “Saturday Night Live”) won’t actually teach you anything, but they’ll still make you feel smart for laughing along to references you may or may not get. Each episode spoofs a real, well-known documentary (targets range from Vice documentaries to “The Thin Blue Line”). Fortunately, for anyone who last saw a documentary when the seventh grade science teacher wheeled in a chunky TV to show "Bill Nye the Science Guy," most of the jokes are still hilarious even if you haven’t seen the documentary being mocked.

While some were off exploring Europe or relaxing by the ocean during break, others went home: Ohio, Kansas or Nebraska. Rest assured, there is still time for an adventure of your own, albeit vicariously through the TV screen. This National Geographic documentary series, inexplicably narrated by Will Smith, takes a unique approach to nature documentaries by incorporating the perspective of eight astronauts. The series takes viewers above and around the globe to discuss how life exists today, observe environmental extremes and showcase breathtaking imagery. It may not be the same as trekking across the world yourself, but it’s a worthwhile watch nonetheless.

Watch: “Behind the Curve”

This documentary follows a group of individuals on a quest for truth as they try to convince the majority population that the earth is, indeed, flat. Featuring interviews with prominent figures in the flat earth community and scientists who adamantly oppose them, both sides of this baffling debate are explored. Though it can be easy to label flat-earthers as nonsensical, the film poses a fascinating question: What beliefs do we hold without evidence to back us up, and are those beliefs any more justified than the flat-earthers’ beliefs? It suggests that we stop laughing at individuals who think differently than us and instead try to engage in a discussion. After all, what is the purpose of education if not to share it respectfully with those around us?

Because rage is exactly what you’ll be feeling when you get slapped with a whole slew of assignments, deadlines and study guides this week. This energetic, assertive, scream-along hip-hop track will help you maintain that do-what-I-want spring break confidence, even when it comes to facing the harsh realities of meal plan dining options and all-nighters.

This up-tempo, pop-punk song will have you reminiscing about the good old days — just last week — when your biggest problems were avoiding weird tan lines and deciding what kind of pizza to order. This song is more than a vacation anthem, though; it’s about yearning for the carefree, easygoing perfection of vacation days, and the people you spent them with. It’s about missing the uncomplicated way people relate to other people when the stakes are low. Whatever you’re not looking forward to this week, whether it’s confronting a roommate or navigating morning traffic, this song will resonate with you.

Listen: “No Easy Way Out” by Kid Astray

So you’ve put off that three-page paper and haven’t started studying for next week’s exam. The time spent catching up will be neither enjoyable nor easy, but the mound of homework can still be conquered with a healthy dose of stress and perhaps a coffee or two. Kid Astray’s pop tune tackles that fine balance between staying positive and being realistic. It tells of how quickly one can get overwhelmed and disillusioned by the never-ending cycle of battle after battle, test after test. The road ahead is rocky, but summer is just around the corner, so keep your head high and jam to this song with a frenetic energy that no doubt matches your own.

Listen: “Thru These Tears” by LANY

Sometimes you just need to take a minute to be in your feelings. Maybe you got a bad exam grade, maybe you are pining over an ex or maybe you’ve just had one too many meals at a campus dining hall. Regardless, LANY supports you during this difficult time. Describing the heart-achingly, drawn-out process of moving on from a past love, the song has a slow start that emphasizes lead singer Paul Klein’s delicate vocals before erupting into a cathartic frenzy in the final minute.

Where to find it: Thomas Cooper Library, Richland Library

This memoir is the perfect way to both escape and confront real life problems. It’s the story of one woman who, after the death of her mother, hikes 1,100 miles of the Pacific Crest Trail alone. The day-to-day struggle of life on the trail makes for an engaging, fast-paced read as the book follows Strayed’s grueling journey through the wilderness of the West coast (a second, different kind of vacation for those not quite ready to return from spring break). But, more than action, this book provides an honest look at grief, self-reliance and recovery. Strayed’s accomplishments on and off the trail, in spite of the odds, are inspiring. In this final stretch of the school year, who doesn’t need a little inspiration to forge on?

Where to buy: Colloquium Café

Going home for break has many perks, chief among them are eating home-cooked meals and going to restaurants on your parents’ dime. With so much food — free, non-meal plan food — suddenly tossed our way, you’d best believe we’ll unnecessarily gorge ourselves on all the carbs we can get our hands on. So, it’s time to have a little fruit. Not only will açaí bowls have you shedding a week’s worth of grandma’s cookies, but they'll also help in maintaining that breezy tropical vibe students crave.