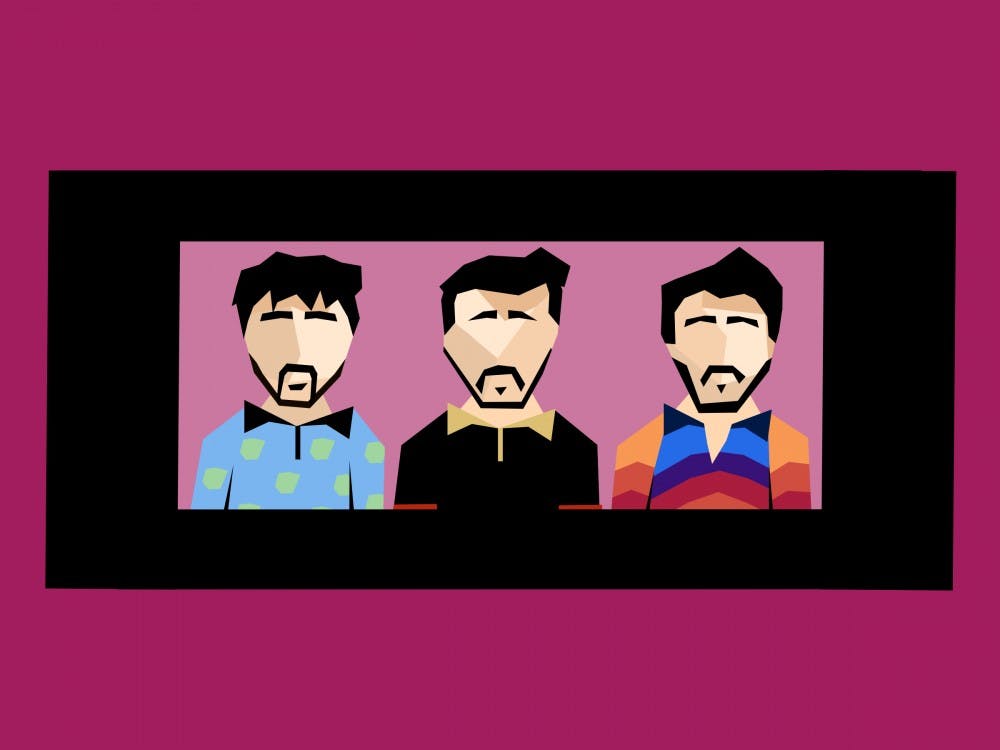 Column: Why we're still burnin' up for the Jonas Brothers

"Ooh, this is an S.O.S" — the Jonas Brothers are back, and our inner preteen selves cannot handle it.

Nick, Joe and Kevin Jonas released their new single “Sucker” on March 1 — the trio's first single in six years. Following the announcement of the release, Twitter, of course, went insane.

“The Jonas Brothers are getting back together and if you think I’m looking for my 2007 concert t-shirt right now, you’re correct,” wrote one Twitter user.

Another user wrote, “I can’t believe the Jonas Brothers coming back solves every single one of my adult problems.”

The question is, however, why do we still have the lovebug for the Jonas Brothers? After all, the band released its first album in 2006. Plenty of musical moments have come and gone in the past 13 years alongside the breakthroughs of other boy bands such as One Direction — rest in peace — and 5 Seconds of Summer. The power of the Jonas Brothers has obviously endured despite these factors, as evidenced by “Sucker” immediately shooting to No. 1 on the U.S. Spotify and Apple Music charts.

To put it simply, we have a major love of nostalgia. Being taken back to the days in which we didn’t have to care about school, politics and becoming an adult in the “real world” is something we live for. When we’re transported into those glory days, we feel the same emotions that we felt as preteens sitting in front of our television screens.

The nostalgia that our generation is currently feeling with the band’s comeback proves that its power stems from the fact that it was one of the first bands that defined many millennials’ and Gen Zers’ childhoods.

Disney Channel is a huge reason for this. The Jonas Brothers, in fact, would not have had the same kind of popularity they did and do now without it.

The brothers toured with other Disney Channel stars such as Aly & AJ and guest-starred on "Hannah Montana." Additionally, no one could forget the brothers’ iconic performances in the two "Camp Rock" movies, which gave us more amazing music and split their fan base into two factions: those who loved Demi Lovato and those who hated her relationship with Joe Jonas.

We grew up watching the evolution of the band play out on our screens and saw its highs and its lows (let’s not even go into "Jonas," the brothers’ flop of a TV show). We collected Tiger Beat posters of them and plastered them all over our bedrooms. “Burnin’ Up” and “S.O.S” were staple songs in our sleepover playlists. The brothers are the ones who ignited the fangirls within all of us in the earliest stages of our lives that we can remember. They were some of our first celebrity crushes, and that kind of love endures time.

Sure, the Jonas Brothers may no longer be baby-faced and are getting on with their adult lives — Joe is engaged, Nick is married and Kevin is married with children — but we're growing up too. We’re still who we were all those years ago at heart, but wiser — just like them.

We’ve all grown up and are ready for what the future holds. Our past, however, is what helps to define us. For some of us, the Jonas Brothers were a huge part of that.

Now that the Jonas Brothers are back in our lives, will another band be inspired to reunite and make our fangirl and fanboy hearts explode once more?