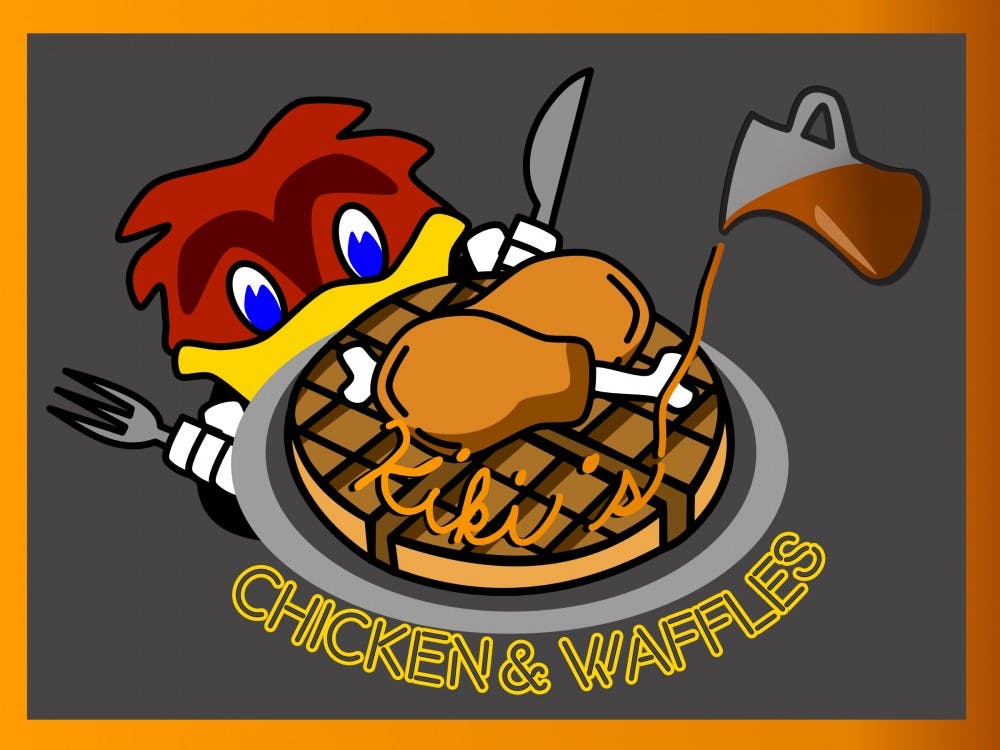 Kiki's Chicken and Waffles: Cooking for the soul

Today, she is the owner of Kiki’s Chicken and Waffles, a Columbia staple that has the likes of Rachael Ray and Hillary Clinton singing its praises.

Kiki’s Chicken and Waffles was founded by Cyrus and her husband. Since working together at California Dreaming, the couple dreamed of opening a restaurant of their own one day.

Though chicken and waffles has become the restaurant's namesake, initially Cyrus wasn’t sure what type of cuisine she wanted to serve. It wasn’t until she and her husband waited in line for two hours to dine at Gladys Knight’s Chicken and Waffles in Atlanta that she was inspired.

"These people are in line waiting to get inside this restaurant, this is a big hit," Cyrus said. "I already knew about Roscoe's in LA and the chicken and waffles in New York, so I knew it would be a big hit to bring it here."

Thus, Kiki’s Chicken and Waffles was born in 2012. It started as a small location near Spring Valley High School, added a food truck and eventually moved into a building on Parklane Road.

While South Carolina is the birthplace of many Southern dishes, popular Southern restaurants in Columbia tend to come in the form of fast food chains, such as Lizard’s Thicket and Bojangles'. For this reason, the Cyruses believed that Kiki's homegrown food would standout.

While many menu items came from recipes that were passed from Cyrus' mother and grandmother, others are Cyrus' own creations. The restaurant features southern staples such as shrimp and grits, smothered pork chops and Cyrus' personal favorite, "Kiki's Soul Food Plate," which comes with four wings, two sides and a corn muffin.

Since opening, Kiki's Chicken and Waffles has welcomed guests from far and wide, with some being escorted in by the Secret Service.

Cyrus' highlights include hosting former Vice President Joe Biden and former presidential hopeful Hillary Clinton when she was on her campaign trail.

When Biden was in town he arrived in a motorcade and left with a full stomach.

"That day, it was just crazy. I had to get pat down to walk in my own restaurant, and we had Secret Service all over the place, but it was good experience," Cyrus said.

Earlier this month, Cyrus was featured in Rachael Ray's magazine, where she was dubbed "the Chicken-and-Waffles Queen of Columbia, South Carolina."

One of Kiki's most prominent local fans is South Carolina women's basketball coach Dawn Staley. Staley has even done several commercials for the restaurant, and Cyrus says that the team comes in for dinner sometimes.

Upon entry, it isn’t hard to notice the community of love Kiki’s Chicken and Waffles has fostered. Booths are filled with smiling faces, patrons interact with Cyrus and her husband on a personal level, and the cooks in the kitchen exchange jokes with one another.

"I think we have the touch of the owner’s touch — we're always in here. If I'm not here, my husband's here. He's walking around to the tables, greeting the customers, they feel like they know him," Cyrus said.

In addition to making herself a known presence in the restaurant, Cyrus hosts music nights for local Columbia artists and eventually wants to host events.

The latter serves as just one of the reasons Kiki’s Chicken and Waffles is expanding once more.

In May, the restaurant will be opening a new location in Harbison that will include a party room, outdoor seating, high-top counters with charging stations and much more.

The Harbison area is well known for heavy traffic, which could potentially deter people who live there from visiting the current Two Notch location. The goal of the new restaurant is to bring Kiki’s to them.

After all these years, Cyrus' reputation in Columbia precedes her. When one first-time patron compared meeting her to meeting Beyoncé, she seemed bashful. Despite everything she has accomplished, Cyrus remains a humble soul.

When asked what keeps customers coming back to Kiki's Chicken and Waffles, Cyrus looked to the restaurant's motto for her answer.

"We cook with love and we treat people like family," Cyrus said.