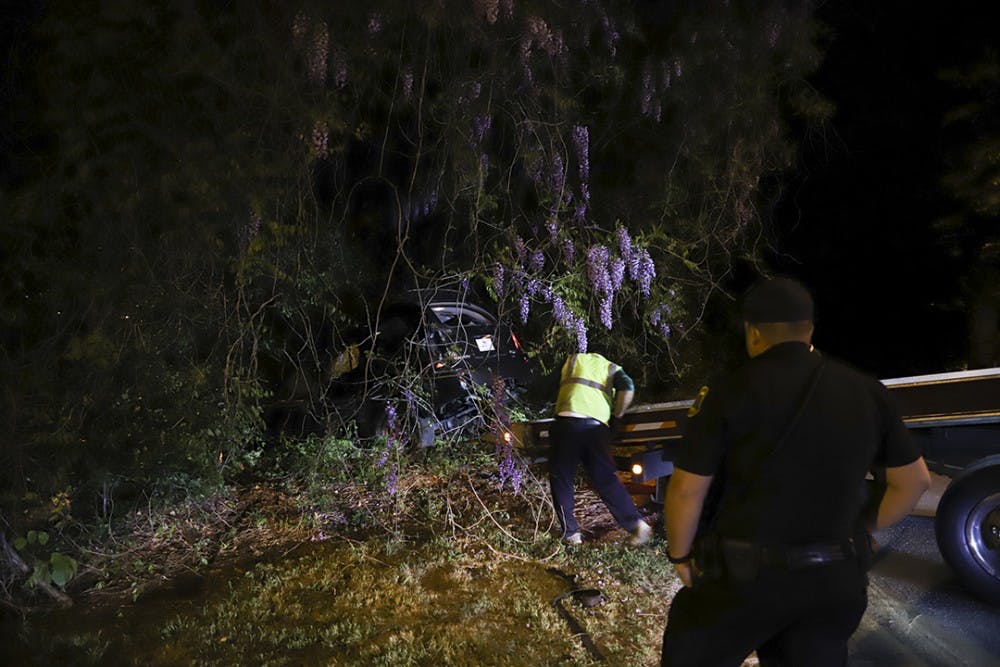 Columbia Police Department officers and an ambulance arrived outside of Bates West residence hall after a car swerved and flipped in the woods shortly after 11 p.m.

The driver was driving around the curb when he swerved to miss a biker coming out of the woods. The vehicle went into the woods and flipped.

The driver was the only person in the vehicle. He was not injured and released at the scene.

No one was transported by ambulance, said Columbia Police Department Officer Hubbard.