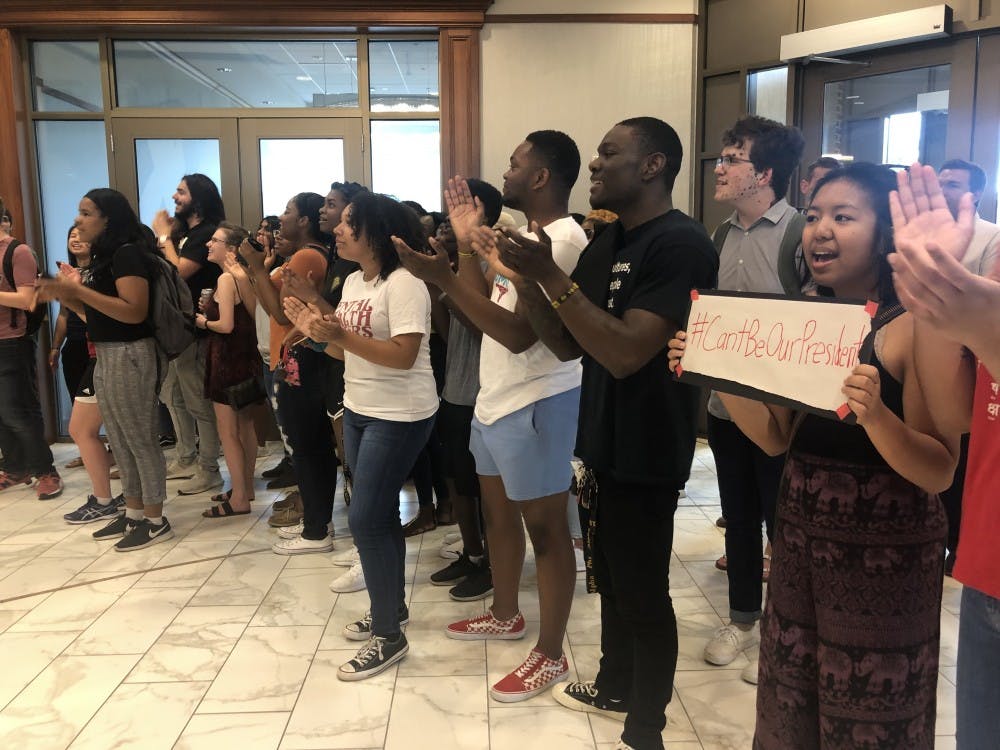 USC students protested Robert L. Caslen, Jr. Friday before the Board of Trustees was set to announce the new university president.

The protesters said they are mainly concerned with Caslen’s lack of a terminal degree and lack of experience with a university like USC.

“This is real, this matters," said Ethan Magnuson, a second-year political science and geography student. "This is going to determine the future of the university.”

The protesters started outside of Russell House and marched to the Alumni Center where they protested outside the chambers where the Board of Trustees met.

During the student forum, some of Caslen's comments sparked controversy among students.

"We want to take out some of the contributing measures towards sexual assault, particularly the alcohol," Caslen said at the student forum. "We spent a lot of time, a lot of energy training and educating our students on the impact, consequences of alcohol, binge drinking and things like that."

An email from concerned faculty urged students and other faculty to protest Caslen ahead of the press conference. If Caslen is selected as president, the faculty have organized a walkout on Monday, according to the email.

Lyric Swinton, a third-year sport and entertainment management student, also took part in the protest and hopes it will spark change.

"We are the few who lead the many," Swinton said.

The original version of this article reported that the email originated from the College of Social Work. It has now been corrected to concerned faculty not specific to that college. Updated 4/27 at 3:40 p.m.