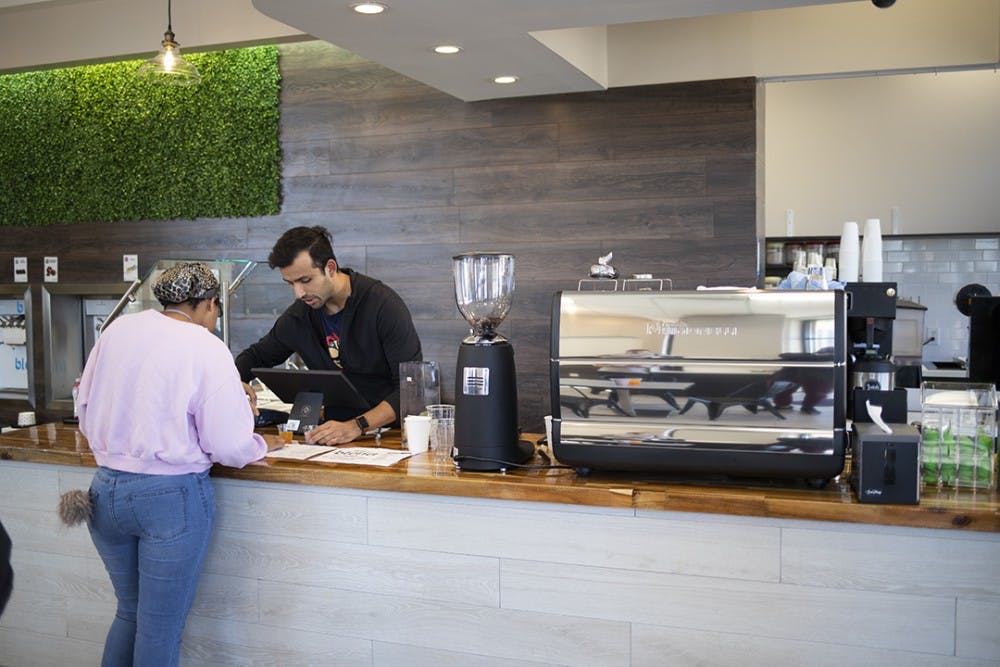 Columbia welcomed several rebranded businesses in the last year. Music Farm and Yoghut closed their doors briefly before returning as The Senate and The Corner Blend, respectively, while The White Mule made its return after a seven-year hiatus.

Nashville-based Tin Roof partnered with Charleston-based Music Farm Productions in creating Music Farm, a moderately sized music venue, in 2014. Tin Roof CEO Bob Franklin told The State that until 2014, there was a discrepancy between large arenas and small venues in Columbia. Music Farm was an attempt at bridging that gap.

In its more than three years under the name Music Farm, the venue housed bands such as O.A.R., American Authors and Hootie & the Blowfish.

The recent rebrand was a mutual decision between Tin Roof and Music Farm, according to Free Times. When its three-year licensing agreement came to an end, Tin Roof rebranded the location as The Senate, intending to expand bookings by at least 30%.

Trae Judy, who oversaw Music Farm Columbia, began a new project shortly after selling his share in the company. Reopening The White Mule in 2018, Judy reimagined the space with an emphasis on education alongside Rock Block, his music incubator located on the same street as The White Mule.

Rock Block works closely with students and aspiring artists on all aspects of music production. Its mission is to educate young people who are new to the industry, helping them to eventually transition to the stage at The White Mule.

“In this system, because we’re a small company, I take you to the board meeting … or you get to work with a band,” Judy said. “The goal with the interns and the students is bringing them in here and letting them get a potpourri of different things that they can learn about.”

In addition to an evolving music scene, Columbia has witnessed changes in locally owned and operated restaurants such as The Corner Blend. Initially opened as Yoghut in 2010, the business exclusively served frozen yogurt before later expanding its menu to include smoothies, coffee and açaí bowls, among other items.

Owner and operator Shafen Khan said he saw a change in consumer habits around 2015. Customers began buying more açaí bowls and less frozen yogurt. As a result, Khan said, Yoghut's name no longer reflected the extent of its menu, contributing to misconceptions that it only sold frozen yogurt.

The company rebranded as The Corner Blend, exchanging the vibrant oranges and greens that previously characterized Yoghut in favor of an earthy aesthetic.

“I think it looks cooler,” said third-year anthropology student Kieran Kirk. “I think [the owner] definitely tries to make it more like a hangout spot.”

In the future, The Corner Blend is looking to expand its catering options, and according to Free Times, The Senate plans to further diversify its programming.