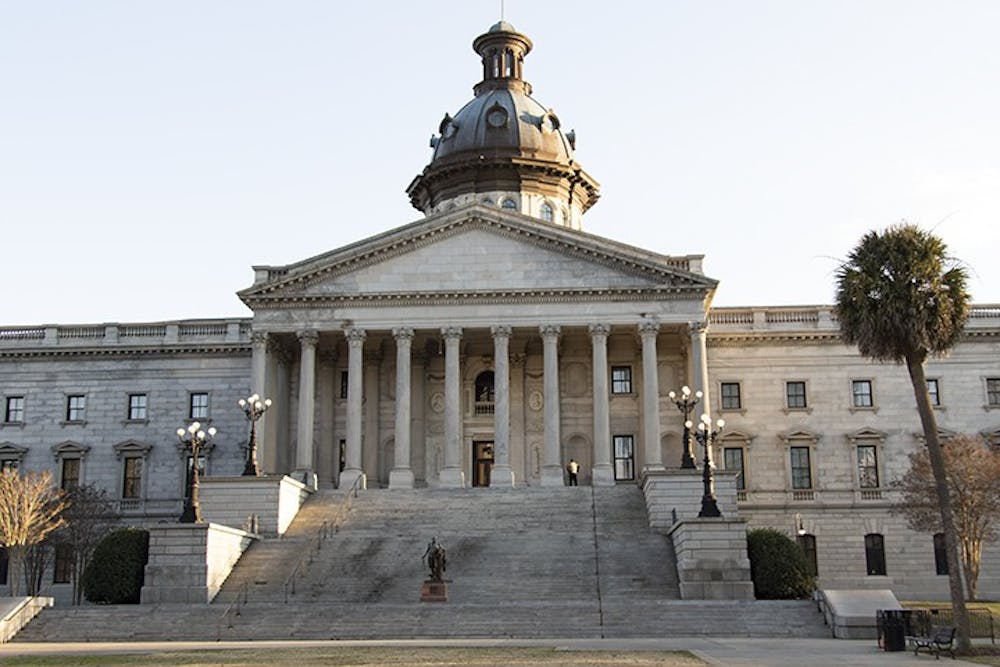 A current Statehouse bill could impact the issue of free speech on campus.

Forming Open and Robust University Minds (FORUM) would implement various rules at all public universities in South Carolina. If passed, the bill would grant larger platforms for unrestricted free speech, mandate the university to inform the state before passing a rule involving free speech and require the university to pay a fine if they violate a student's right to free speech.

FORUM is in response to President Donald Trump's executive order, Improving Free Inquiry, Transparency, and Accountability at Colleges and Universities, which allows research funding to be held from universities in violation of the order.

State representatives have cited USC’s Foundation for Individual Rights in Education (FIRE) ranking as one reason this bill is necessary. FIRE ranks schools based on their liberty regarding free speech.

"If you look at the Foundation for Individual Rights in Education website, all of our universities in South Carolina have a problem," Smith said.

FIRE assigns green, yellow and red light rankings based on a universities' infringements regarding free speech. According to FIRE's website, "A 'red light' institution has at least one policy that both clearly and substantially restricts freedom of speech."

Currently, USC has been assigned the worst ranking, a red light, due to two specific policies: The Carolinian Creed and a policy under the Office of Equal Opportunities Program regarding sexual harassment.

Additionally, FIRE also designates "speech codes," which it defines as "any university regulation or policy that prohibits expression that would be protected by the First Amendment."

The Carolinian Creed is filed under FIRE's speech code category Policies Restricting Freedom of Conscience because "It is assumed or understood that joining is evidence of a subscription to certain ideals and an agreement to strive for the level of achievement and virtue."

FIRE said this is found in two of the Carolinian Creed's objectives: "I will respect the dignity of all persons" and "I will demonstrate concern for others, their feelings, and their need for conditions which support their work and development."

When asked if the FORUM bill would impact the Carolinian Creed, university spokesperson Jeff Stensland said it would not.

“The Carolina Creed is not a speech code in any way," Stensland said. "It's an affirmation of a belief system that people should be respectful to each other, and that in no way contradicts that we also believe in free speech."

The other source of the red light rating, the sexual harassment policies, are negatively ranked because they make verbal remarks, such as sexual comments, punishable under policy which FIRE believes inhibits expressions of free speech.

"'Harassment' shall mean only that expression that is unwelcome, so severe, pervasive, and subjectively and objectively offensive, that a student is effectively denied equal access to educational opportunities or benefits provided by the public institution of higher education," FORUM said.

"Who determines FIRE to be the entity that polices nor governs, or more importantly, directs our legislative policy making?" Thigpen said. "Is this really about the students and what's in the best interest of the students?"

The bill emphasizes the university's responsibility to remain neutral on all viewpoints. It requires the university to educate students and faculty about free speech and report to the Commission on Higher Education if it is sued for violating First Amendment rights.

This bill would take various measures to ensure public speakers can share their platforms equally. However, it would still allow the university to place restrictions on the time and place. Stensland said he feels the clauses are ambiguous.

This was brought up in the context of Ben Shapiro, a conservative speaker who was invited to University of California, Berkeley by the College Republicans. Mass protests broke out on Berkeley's campus in response to Shapiro's speech, leading to arrests.Smith said Shapiro should have a right to his free speech as an invited guest.

Stensland said the bill could be a response to the nationwide crisis over free speech rather than any issues arising at USC.

Thigpen said this bill could be a "Trojan horse" coming under the banner of free thinking and speech.

Both Thigpen and Stensland said they do not believe there is a problem regarding free speech on USC's campus.

Vining said he believes there are not problems with free speech at USC, unlike universities such as Berkeley, and there is a diversity of beliefs and organizations on campus.

Vining cited different groups and speakers to show this, such as different presidential candidates, College Libertarians, College Democrats, Turning Point USA and Students for Life. He said College Republicans will be having a rally for Republican Sen. Lindsey Graham in the fall, and they can promote conservative ideas without fearing large protests or their safety.

"It is not really a place where you have to feel hostile as a conservative on campus," Vining said.

Julia Dunne, a first-year dance and women’s and gender studies student, said she believes there could be more diversity in thought on campus. She defines free speech as "the ability to express your opinions and thoughts without being suppressed or feeling like you can't express yourself."

Sedrick Sweat, Jr., a second-year marketing and management student, said he does not know of any issues regarding free speech on campus and believes its current state is fine as it is. He specifically referenced student protests as expressions of free speech, and the only time a student may not feel free to express themselves is due to their peers' reactions. However, Sweat said he believes this cannot be controlled.

"If we diversify more, we can get more of a variety of opinions," Sweat said.

Both the university officials and students hope free speech will continue to be a core concept at USC.

"Free speech is alive and well on our campus," Stensland said. "This is a place where open discussion and dialogue, even about controversial ideas, is encouraged."