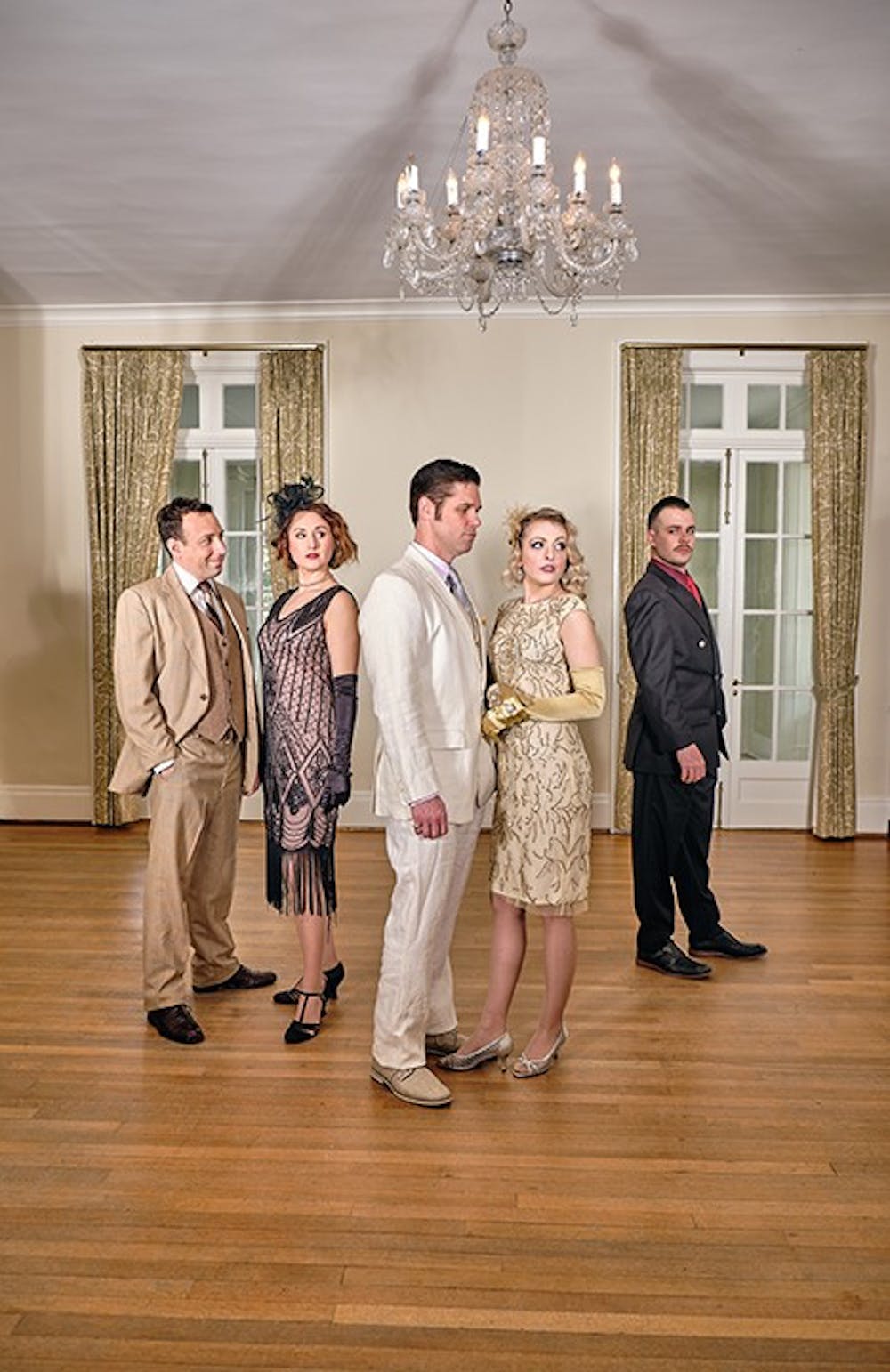 The renowned American novel written nearly a century ago sits on many household bookshelves. Chad Henderson, director of Trustus' production of "The Great Gatsby," is taking the classic tale to the stage and said he believes the topics of the story are still relevant.

“While this story takes place in 1922, we can see that a lot of social issues from 100 years ago are still important discussions in modern America,” Henderson said in an email interview.

In its 34th season, Trustus Theatre is focusing on adapted works for the stage. Henderson chose to reproduce F. Scott Fitzgerald’s most famous work due to its continued significance. Social issues are at the forefront of the story, alongside other issues that remain relevant today Henderson said.

“We’re also determined to look more closely at Tom Buchanan’s perspective on race which closely resembles the tenants of the alt-right movement in this country,” Henderson said.

Politics of “The Great Gatsby” aren't the only topics still relevant today, though. There's one universal theme that plays a major role in the story: love.

“Love doesn’t change from decade to decade, but how we express, perceive and interpret love is ever changing,” actor Jason Stokes said in an email interview.

Stokes is taking on the role of Jay Gatsby, the idealistic character who gives the novel its name. He said he couldn’t pass up the opportunity to play a character that is the incarnation of romanticism, but also recognizes the challenges that come with playing a beloved character. He said he hopes to bring Gatsby to life so audience members can identify with him.

“This story means so much to so many,” Stokes said. “So my challenge as an actor is to make Gatsby and his situation relevant and relatable to those watching through a modern lens.”

Along with telling this classic story to a modern audience, the Trustus cast and production team are collaborating with Columbia City Ballet and a quintet of musicians from Cola Jazz.

“Truly, the challenge is spinning so many plates at one time and then integrating into one production,” Henderson said. “We’ve got a great team here — and ambitious productions only make us work harder.”

Henderson said he believes fans of “The Great Gatsby” will be pleased with Trustus’ production. By incorporating dancers and live music, he said the audience will have a unique theatre experience.

“If you’re expecting a stuffy and buttoned-up production of this story — then we have another show in store for you,” said Henderson. “It’s energetic, colorful, and moving.”

With a focus on the social themes of “The Great Gatsby,” Henderson said he hopes audience members realize the importance of parallel themes in America today. As it turns out, Gatsby isn’t the only one with a fixation on the past. Henderson said some American values still live there.

“When we address racism in this country, do we acknowledge that 100 years after Gatsby there are still people who believe in white supremacy,” Henderson asks. “Fitzgerald loaded this piece with so many ideas, and that’s why it’s had staying power and we’re still talking about it in 2019.”

However, underneath the politics of the story, “The Great Gatsby” is a tragedy, and that hasn’t changed a century after Fitzgerald first published the novel.

“The happy ending is right there for the taking… if not for this one self-inflicted moment,” Stokes said. “That’s the beauty, the tragedy and the life of the story.”

“The Great Gatsby” will premiere at Trustus Theatre on April 5 and run through April 27.