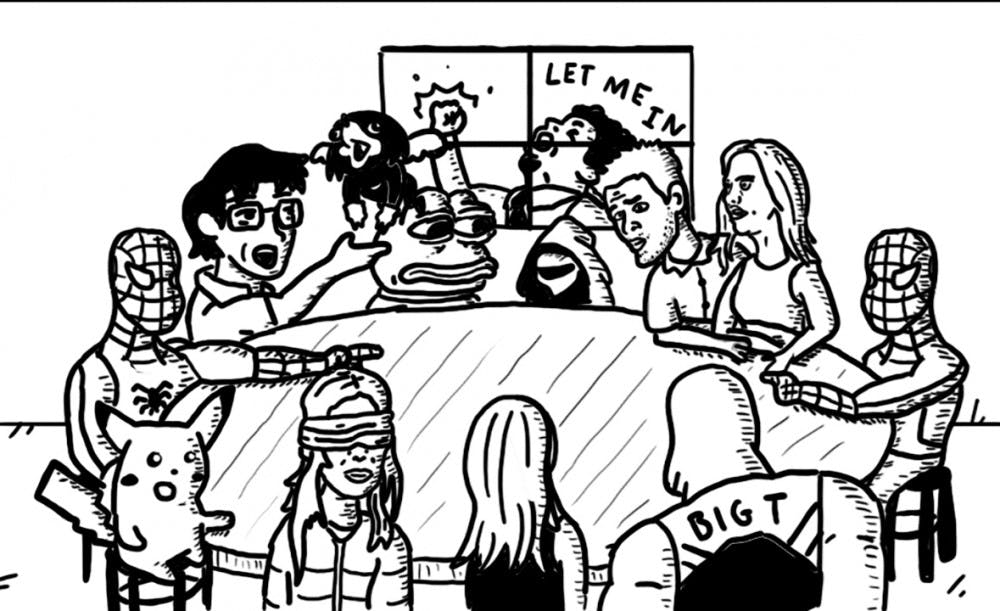 The meme culture was created long before the class of 2019’s time at USC, but it has undoubtedly changed in the last four years.

Gone are the days of original memes like Pepe the Frog. Today is marked by Twitter-friendly videos, ideas and inside jokes.

Granted, there are still plenty of meme subcultures in dank corners of the internet that few dare to explore, but Reddit and Twitter are currently the faces of meme culture.

On a daily basis, users are commenting on pop culture events, oftentimes recycling the same memes with personal tweaks in hopes of going viral.

2016 was perhaps the peak of meme creation to date. Trump’s bid for presidency took full shape, forever solidifying the business-man-turned-television-star-turned-politician in the meme pool. His very existence has even become, for all intents and purposes, a meme.

The year opened with a bang in the form of Elijah Daniel’s Trump erotica novella, "Trump Temptation: The Billionaire & The Bellboy." A seemingly impossible feat, Trump only dove further into meme territory as the year progressed with his hand size and debate sniffles gaining popularity. Every Trump action was under scrutiny and became the source of a massive pop culture inside joke.

With a dash of Harambe and a sprinkle of bottle flipping from one of USC's own, 2016 became the year of mainstream memes.

As for shareable text-based memes, 2016 also gave us Evil Kermit. Representing one’s selfish desires, the meme was used to comment on relatable, if not exaggerated, circumstances.

Text-based memes continued to pop up regularly throughout 2017 as well. Mocking SpongeBob and Blinking Guy were both big name memes during the year, but Distracted Boyfriend takes the cake as the most prominent. It only took about five seconds of scrolling through a Twitter feed in the month of August to find some variation of the meme.

The meme machine kept on cranking in 2018. Among the greatest memes of the year were Surprised Pikachu, Is This a Pigeon and Eric Andre’s Let Me In, all of which tackled everything from anti-vaxxers to the five-second rule.

Bringing the year to a close, Netflix released "Bird Box." While the film’s quality is up for debate, its cultural impact is not. It had a record-breaking first week on the streaming service, sprung countless text-based memes and even gave way to the Bird Box challenge.

Memes have become a cross-generational, cross-cultural way for people to share content about the world around them, and they provide outlets for touchy subjects that may otherwise be hard to discuss. It even led to the creation of the Cards Against Humanity-style game, "What Do You Meme?" Most importantly, though, memes have kept Smash Mouth relevant.