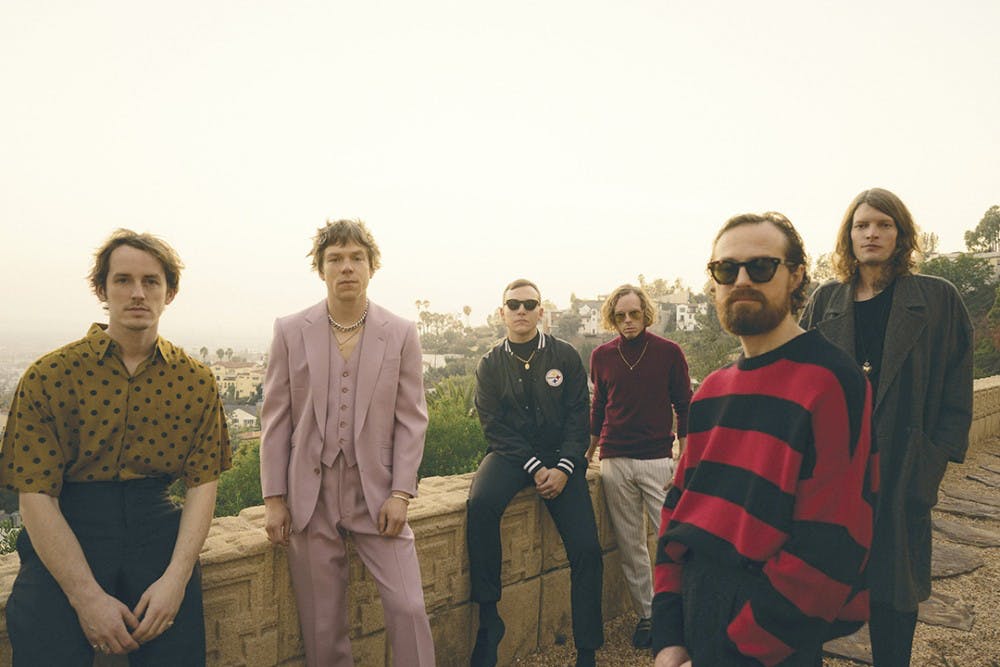 The newest album from these alternative hit-makers is a comfortable embrace of the band’s groovy alt beats. While this album certainly isn't groundbreaking for the group, Cage The Elephant knows what they're good at, and they hone those strong points on this latest release. The album features wavy vocals punctuated by rhythmic beats and funky instrumentation. It’s no wonder this album features notoriously experimental '90’s alt rocker Beck — it employs everything from choral backup vocals to fast talk-rap-singing. This album may not push the envelope, but it shows an experienced band doing what it does best with confidence and style.

Speaking of Beck, 'what has that guy been up to lately?,' you may ask. I’m glad you did, because while you might remember him for his 1994 hit “Loser,” Beck is far from a one-hit wonder. His recently released single, “Saw Lightning,” was co-written by fellow musician and music industry guru Pharrell Williams, and the influence shows. This track carries all the charm of Beck’s usual forays into the odd. The opening notes sound twangy, and the robust vocals carry a hint of soul, but what brings it all together is the rhythm. Between the upbeat, march-worthy drums carrying much of the song, steady backup vocals and the occasional electronic bounce, the song is almost hypnotic as it bends and folds over a steady beat.

“fade into the dawn” — Field Medic

Field Medic’s “fade into the dawn,” released April 19, is an album learning about itself the hard way. Its first track, “used 2 be a romantic,” introduces a bit of self-awareness, with tongue-in-cheek lines about selling T-shirts after a show to make rent and audiences talking over the singer’s whole set. But this album isn’t here to complain; it’s anything but a downer, in fact. With influences ranging from Southern gospel to country to alternative to folk, this album shows a musically mature singer-songwriter growing into himself. Field Medic’s first album, while equally charming, was less literate and more melodramatic, but these songs balance irony, self-deprecation, honesty and self-exploration with newfound ease.

“Everybody Here Hates You” — Courtney Barnett

The latest track from this Australian singer-songwriter features introspective, relatable lyrics and a robust musicality. Barnett’s ability to write songs that feel both earnest and playful is her strong point here. While the lyrics tackle personal anxieties, they do so conversationally, keying us into an ironic sense of fun. The song is, at its core, about nagging insecurities, but the music is confident, with a sing-along chorus and a full, robust instrumentation that nods to Barnett’s punk roots while approaching a more mainstream pop sound with ease. The song is accompanied by Barnett’s announcement of 2019 tour dates and an engaging, fun music video that’s easier to watch than describe.

These ongoing incremental releases explore the role of the material in our lives, examining life through the objects that permeate it. This series of gentle, confessional piano tracks are confident in their simplicity. They’re reflective, but they don’t get bogged down in nostalgia; they’re clever, but they don’t overdo the concept. While these simple, fun, lyrically demanding songs will make listeners think, Greta Kline’s soft voice tugs at the heart strings so that they must feel, too.