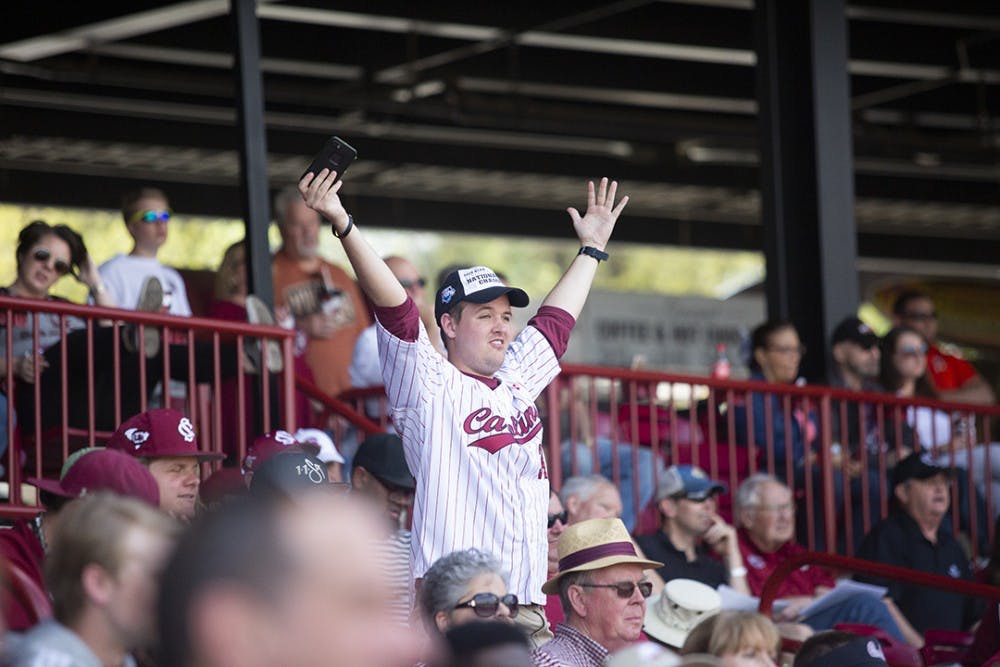 Gamecock fans are passionate about South Carolina sports, along with expressing their opinions about players and games. One way these fans are able to show their support is through social media.

Most of the time, fans tweet their support for the Gamecocks no matter what happens on the field or court. However, in recent months, more fans with negative comments about the Gamecocks have emerged on Twitter.

Recruits often look to Twitter to find out more about the school they are interested in and the fans who sport its colors. The idea of a supportive (no matter what) fan base can decide whether a school signs a top recruit.

The trash talk doesn't just put recruiting at risk. It does the same to athletes' psyches.

Many student athletes use social media just like any other college student. They more than likely see the positive comments, such as the tweet by @GamecockSplash after the baseball team played Alabama: “George Callil is unbelievable. Incredible play keeps the game alive and the #Gamecocks go onto win 5-4. #Gamecocks #SCtop10.”

There are also tweets like one from @GunnaTooReal after the football team lost the Belk Bowl to Virginia. It said, “Can a fan hate their own fanbase? Asking for a friend… Btw @jakebentley19 I haven’t given up on you… Ignore the noise and grind this offseason! #SpursUp.” Comments like these help build up athletes, which in turn can build up the team.

However, the athletes might also see tweets such as, “Im having a very hard time accepting how bad the baseball team sucks” from @william45595697, or the tweet posted by @michaelhollis89 after the basketball team lost to Alabama, “Pathetic ending to the game. Another season, another missed tournament. Getting really, really old.”

When athletes read comments like these, it can affect them mentally and jeopardize the team in the long run. Yes, athletes are supposed to have tough skin because of issues like this, but they are all human and sometimes comments get under their skin.

Look no further than @TKOriental, who tweeted, “I personally do not want to fight, block;and argue with anyone. The only reasons that I have supports for these young men and women are [love]. I would like them to know that they always have somebodies to stand by them. Thanks the Gamecock Nation for your supports.”

Negative tweets can have an impact on players' mental health and an impact on future athletes that may be deciding on where to continue their sport. Seeing these negative comments, even if it's just a few, can give the Carolina community a bad name.