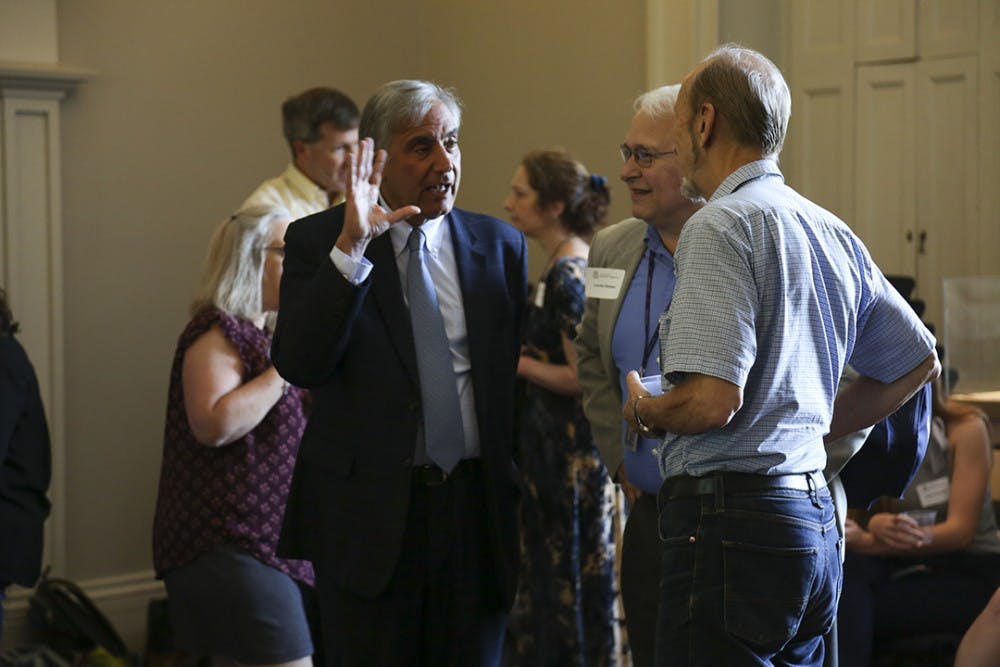 The Office of Fellowships and Scholar Programs (OFSP) hosted its end of the year celebration of national fellowship applicants and the office’s 25th anniversary Wednesday afternoon at Harper College.

Since the office's establishment 25 years ago, USC students have won 945 national awards, totaling more than $30 million.

Several faculty members and students credit the OFSP’s success to Novella Beskid, the assistant dean for National Fellowships and Scholar Programs. Beskid, who helped the university found OFSP, referred to then as The Office of Scholarships and Summer Programs, has been spearheading it ever since.

“I think the most important thing is what students learn about themselves through the process,” Beskid said, “whether or not they win.”

At the end of the ceremony, faculty and staff surprised Beskid with a scrapbook comprised of letters and emails from students expressing the positive impact OFSP had on their lives.

“Over the years, there have been many folks touched by her, and they’re recorded in here,” said Jan Phillips Smoak, the director of scholar programs. “You have been the best, most fearless leader and the best boss ever. We love you.”

Citing the numerous scholarships in the OFSP's database and its committees who aim to help students succeed, students and staff at the celebration strongly encouraged others to take advantage of the office.

“I would say it’s an underutilized resource,” said Kylee Yturralde, second-year Baccalaureus Artium et Scientiae (BARSC) student and Critical Language Scholarship winner. “I think a lot of people don’t know about the advantages that the office provides, and I think more people would be willing to apply for national fellowships if they knew that there were people there to support them.”

Alexis Bantle, a fellowship peer mentor and DAAD RISE (Deutscher Akademischer Austausch Dienst Research Internships in Science and Engineering) and Hollings Scholar, emphasized the positive impact that working with the OFSP has had on her.

“Writing about the dreams that I’ve had has really made them seem more attainable,” Bantle said.

OFSP works to impact students academically and personally, and Stiver hopes it will continue to do so.