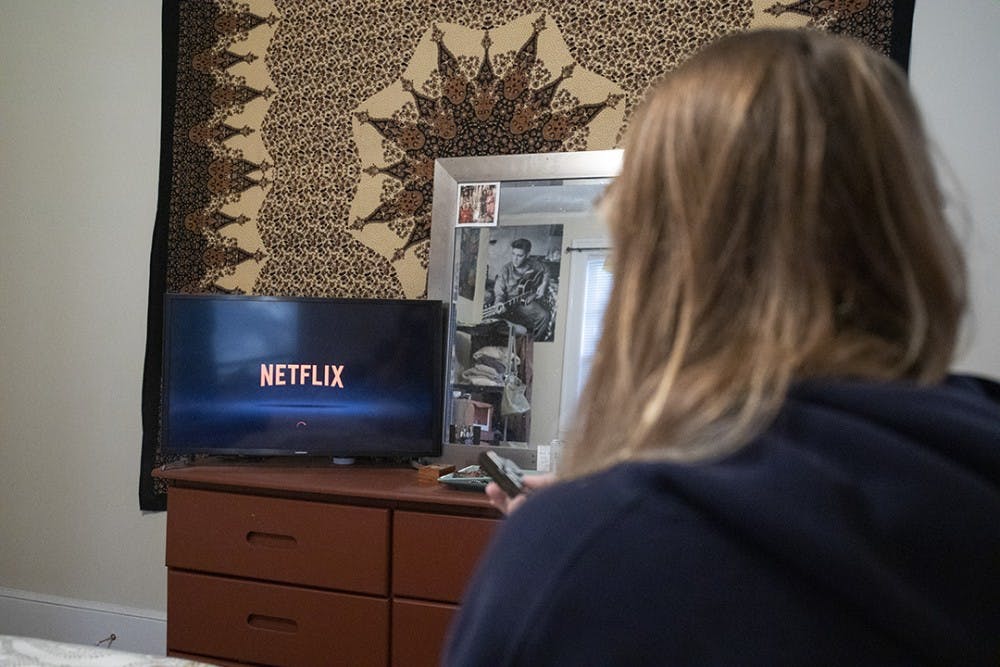 Netflix's original TV show, "Quicksand," sheds light on controversial topics over the course of its first season. The beginning scene shows high school student Maja Norberg (Hanna Ardéhn) in the midst of a school shooting, yet the camera is only focused on her blood-stained face. Is the blood hers? Who shot the gun?

Maja isn't seen again until she's in a Stockholm jail after being handcuffed at the hospital, suspected of a crime she may or may not have committed. It's up to the viewers to put the pieces together as Maja’s story unfolds, each episode panning back and forth from past to present in flashbacks. As the show moves forward, it's clear that Maja wants to hold onto the past — both a strength and a flaw to her well-developed character.

The juxtaposition of Maja's past and present self displays how much she has changed over the course of a year, and Ardéhn’s phenomenal performance made that tangible for the audience. When the audience sees Maja the summer before the tragedy, she is joyfully living out the average teenage dream with her friends and family. When the audience sees Maja in the present, it is clear that she has changed — but, is it for better or for worse?

A show ripe with noteworthy storytelling, "Quicksand"'s every scene is significant to evidencing whether Maja is guilty, especially the flashbacks. Sebastian (Felix Sandman) is introduced early on in the first episode as Maja’s love interest throughout the series. At first, he is portrayed as the wealthy, popular boy from Maja’s school, but once the audience gets to know him alongside Maja, a dark side of Sebastian becomes eerily evident. This is present in every character, from Maja’s bubbly best friend Amanda (Ella Rappich) to shy, nerdy Samir (William Spetz), each character’s dynamic has an interesting, unexpected side.

Although the topics covered are definitely controversial, it is interesting to see how it played out. In a way, it is a realistic show. Nothing is glorified or overdone, which makes the show all the more gripping.

Will the series get a second season? It doesn't seem necessary, as the story tied up all of its loose ends, but it would be interesting to see what new risks would be taken.