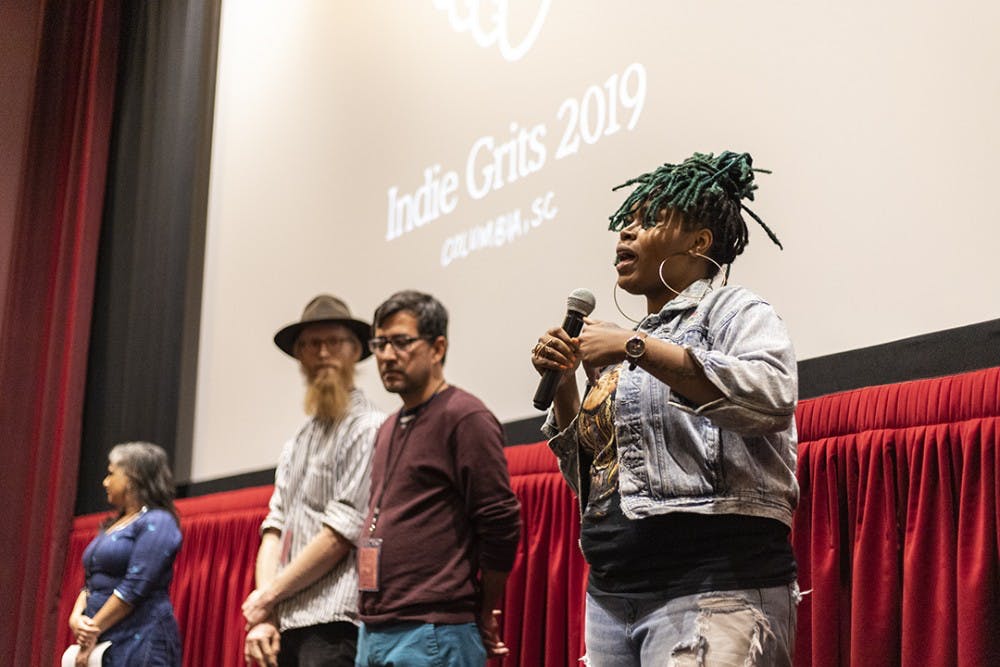 Faces old and new converged at Nickelodeon Theatre for the sold-out premiere of The Rural Project film series.

Though cities like Charleston, Greenville or Hilton Head often come to mind when thinking of South Carolina, much of the land between tourist hotspots is occupied by diverse rural communities. By focusing on issues facing rural areas across the Southeast, The Rural Project offered an intimate view of the region, blemishes and all.

Guests chatted idly as they waited for the event to begin, while filmmakers anticipated what for many of them would be their debut with the festival, creating an energy that Nickelodeon Theatre head manager Torres Perkins described as exciting and anxious.

Perkins thrives in this environment, he said. The festival was payoff for a year of strenuous preparation.

“This is day one, and I already feel like it’s been worth it,” Perkins said.

As more people filtered in, first-time Nickelodeon volunteer and former director of operations Heather Bauer said she enjoyed seeing many long-time members of the Nick. Their dedication to the theater, she said, is due to the Nick’s welcoming atmosphere and commitment to education.

“If you want to be immersed into different religions and beliefs and orientations and races, this is literally the place to be,” Bauer said.

The premiere featured 11 films: some finished, some not. The films covered topics ranging from migrant farming to sustainability to queer sexuality. All were met with a receptive audience, but a few were especially resonant.

An elderly black woman in a white dress strolls through the woods as poems and African-American spirituals play over filmmaker Zaire Love’s “Trees.” The woman, Love’s grandmother, is the human embodiment of nature’s towering beauties.

“Trees, you see them every day, but you don’t really take a moment to think about their majesty, how huge they are, how old they are, their branches, their leaves, the things that they may have seen,” Love said.

Black women are similarly encountered every day and have storied pasts of beauty and struggle, yet they are overlooked in society, Love said. Rarely are they approached out of genuine interest, and rarely is their story told in full.

Kara Anderson’s “Getting Free” and Kelly Creedon’s unfinished “Dixie’s Last Stand” cover the contentious topics of white privilege and the confederate flag, respectively, provoking thought about issues that continue to divide the south.

“I think white people have to figure out what it means to heal ourselves so that we stop appropriating, so we stop taking,” Anderson said, “because the only people who can save us are ourselves.”

Anderson spoke directly to her younger self in this personal profile. Narrated over family footage from her toddler years, she talked about coping with a history of white nationalism and coming into her own as an advocate against racism. Love and accountability, she said, are greater than oppression and silence.

“Dixie’s Last Stand” follows the story of one confederate flag that continues to fly in Orangeburg, South Carolina, in front of an ice cream stand. While some see the flag as a sign of continued oppression, others see it as a representation of Southern pride and ancestry; the documentary puts the audience in the middle of this heated debate.

Though each film is different, they share one main character: the South itself.

“I think that a big part of Southern identity is our connection or disconnection to the landscape, and I think in all of these films, the landscape is a character,” Jared Ragland said.

Ragland and Adam Forrester's joint documentary “Some Million Miles” follows the stories of three individuals impacted by methamphetamine. The duo said that although landscape may be one character, it often changes.

“Some Million Miles” features golden fields one moment and a discarded mattress or sofa the next. In this way, Ragland and Forrester said the landscape has a tragic beauty.

The films of The Rural Project depict how rural living is a give and take.

The South remains in conflict as a result of its past, and its people are struggling in ways unfamiliar to urban life. Yet that same landscape has natural beauty, and its people have stories to tell, should they be asked to share them.