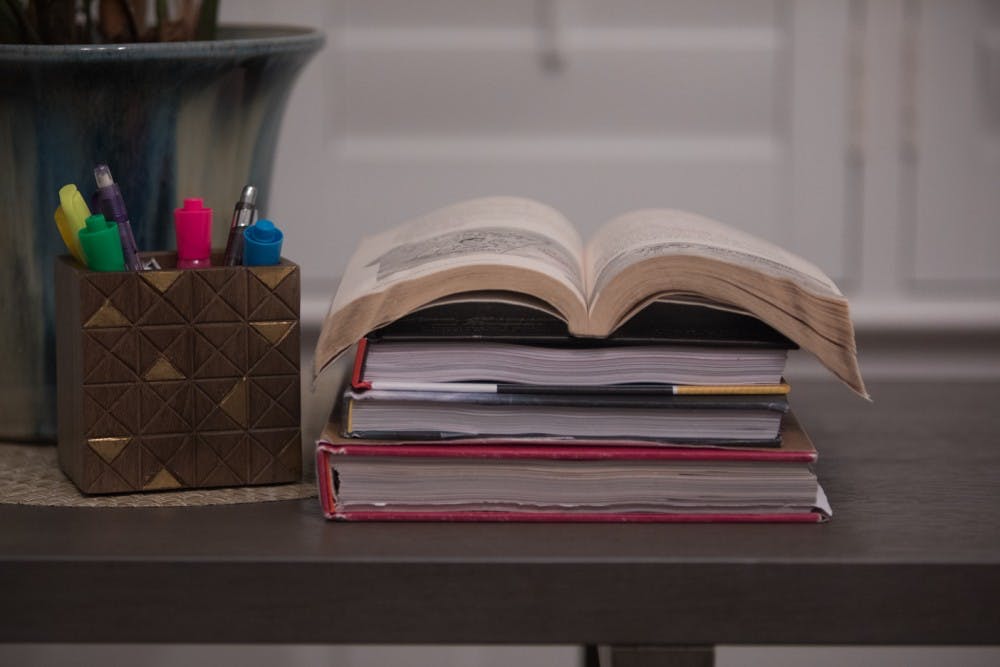 Self-care at the end of the semester: Four tips for the busy student

Self-care as a practice has gained traction over the past couple of years, especially online. The idea of taking care of yourself has become more and more popular with the rise of social media. Threads of self-care suggestions can be found on almost every platform, and companies and other groups have started to notice and take advantage of the trend, too. The self-care pushed out across popular media can be superficial, sometimes emphasizing generally unhelpful or irrelevant ideas; but the idea at its core — the importance of self-awareness and self-worth — still matters.

That being said, here are some ideas for self-care that may be important to us as students trying to make it through these last few weeks that go beyond just doing a face mask:

1. Get up and leave your room, study room or library study carrel.

By getting up and stretching your legs, you can increase blood flow throughout your body, and a change of scenery can stop you from getting stagnated in your work. Go outside if you can – the Horseshoe is a prime place to study, and if you sit relatively close to a building, you can still get Wi-Fi. If you would rather stay indoors, consider moving from a bedroom to the living room or going to someplace with quiet ambient noise like a coffee shop or Thomas Cooper Library.

2. Drink water (or, at least, something without caffeine).

The Food and Nutrition Board suggested based off a 2004 study that women need to drink approximately 91 ounces of water and men need to drink approximately 125 ounces every day. The whole “eight glasses a day” is no longer considered enough – drink more water to keep yourself from getting sick and dehydrated. Many believe that caffeine can dehydrate you (while some studies suggest otherwise), so make sure to drink more water than coffee if you’re using caffeine to stay awake for late nights of studying.

Take a break from studying and take the few minutes to clean yourself off. Sitting in one place can make you feel stale, and a warm shower is comforting. It’s a good way to take a break not only because you are standing up, but because you’re still doing something productive, so it’s less guilt-inducing than taking a break by scrolling through your Twitter feed.

4. Eat some fruits and vegetables.

The same study conducted by the Food and Nutrition Board also discusses sodium intake and showed that the average person should only consume between 3.8 to 5.8 grams of salt daily – which is an easy amount to go over if you’re eating takeout. Fruits and vegetables are also lighter than meat or heavily salted food, meaning that you’ll be less sluggish and heavy-feeling after eating them. And, if you’re worried about getting enough water, fruits and vegetables can also help count towards the total number of ounces needed per person.

Finishing out the semester strong is admirable. Wanting to be successful academically should be encouraged, but not at the cost of one’s physical or mental health. It is important to balance between one’s academic responsibilities and one’s responsibilities to themselves as a person. Take care of yourself and your work at the same time, and finish out the semester on a high note.