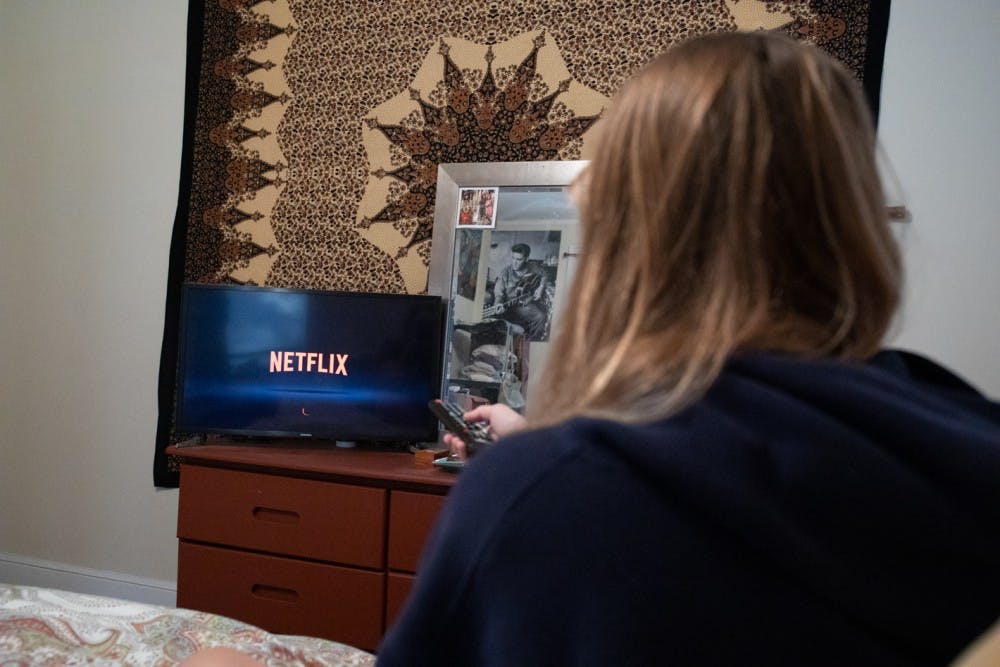 Retro Review: 'The Squid and the Whale' shows realistic portrayal of how divorce affects a family

“The Squid and the Whale” takes a deep look at the lives of a family separated by divorce in 1980’s Brooklyn. The story follows the Berkman family, who are divided after almost 20 years of marriage. The Berkman parents are writers who have opposing views on life and how to raise their children. Throughout the film the children take sides, with one emulating the father and the other preferring the mother.

Bernard (Jeff Daniels), the father, views himself as an intellect and views others as “philistines.” He believes he has an answer for everything that has happened in his life and knows people better than they know themselves. He blames his wife, Joan (Laura Linney), for ending the marriage by cheating on him multiple times. However, it becomes apparent to the viewer that Bernard put himself in this situation and is pretentious.

Walt (Jesse Eisenberg), the older son, attempts to emulate his father and serves as a surprisingly complex character for his age of 16. He acquires his father’s disposition about wisdom and women, which leads him into trouble. His father tells him to keep his options open, which influences him to make decisions that lead to his girlfriend breaking up with him. He is also interested in a college student staying at his father’s home named Lili. When he sees his father and Lili together, he has a realization and no longer aspires to be his father.

Frank (Owen Kline), the younger son, is neglected by his father and chooses to follow his mother. Frank lives in the shadows of his older brother and his father, and he is often left alone to make decisions. He handles the divorce poorly and lashes out, often seeing similarities between he and his father, which he does not like. However, Frank struggles with his own maturing body and a drinking problem, which he cannot understand without the guidance of his father.

Joan seems to be the person who ended the marriage at first. She cheated on Bernard many times and was the one who decided their marriage was over. She has a relationship with Frank’s tennis teacher, Ivan. Walt blames Joan for the separation, which is the main cause of her stress throughout the film. Bernard is jealous of Joan for her new-found success in writing and is stuck looking for a publisher to publish his self-acclaimed brilliant pieces of work. Throughout the film, the opinion on Joan shifts and her suffering is shown in full detail.

If the movie seems a bit overwhelming, it's because it is. Viewers are thrown right into the action, and within the first 10 minutes the parents are broken up and the children are choosing sides. It shows the reality of divorce and how abruptly a divorce can affect a family. Many different plot elements and details are at play, and the movie makes use of all of it in its short run time.

The acting in this movie is top-class and all the characters seem really believable. Some shots in the beginning of the movie were impressive, such as footage of characters riding on trains. However, after that, most of the filming seemed generic, not to take away from the action and dialogue.

“The Squid and the Whale” is not like many movies today. It does not try to develop a social stance on divorce, it just shows the realities of it. The story locks you in, and in a blink of an eye, it is done. The dialogue is well written and never stales out.

However, my main gripe with the movie is that there isn’t more of it. The movie ends without completely showing how the relationships of the family play out, aside from Walt and his parents. The relationship between Bernard and Frank is not resolved, which makes Frank's role in the film seem insignificant, which it a shame. Ultimately, I would recommend “The Squid and the Whale.” The movie is not too long, which makes it palatable for many types of viewers. It grabs the viewer by his or her heart until the end credits roll.

“The Squid and the Whale” is available for streaming on Amazon Prime.