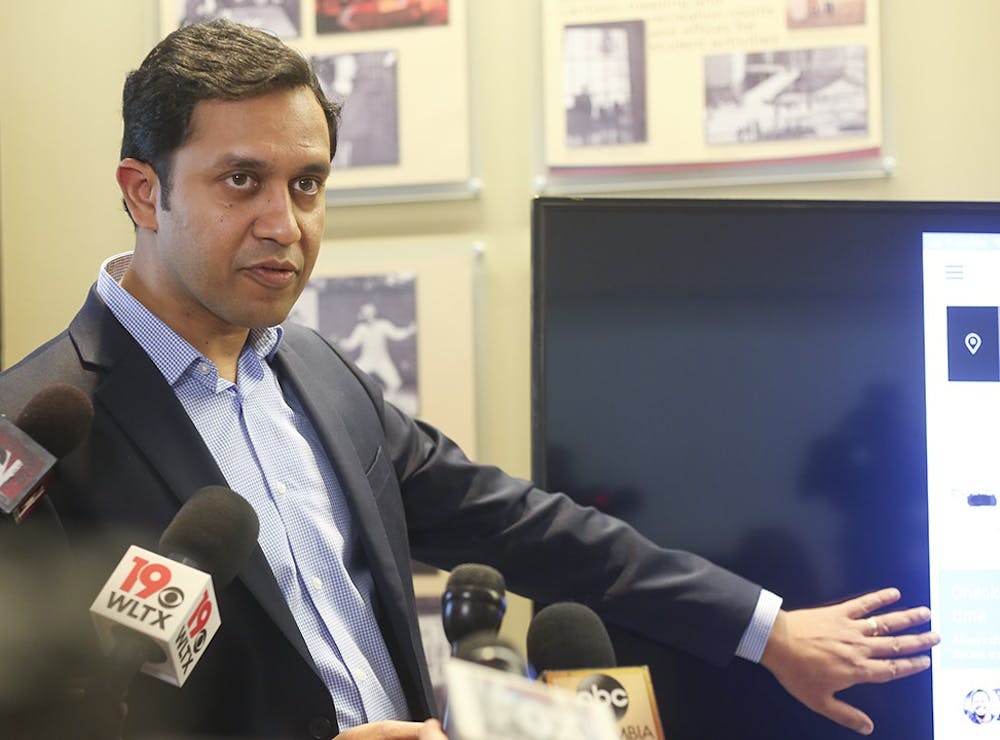 The University of South Carolina and Uber have announced their partnership on a nationwide campus safety initiative, which includes features such as push notifications that remind riders to check their Uber's description and President Harris Pastides’ "What’s My Name?" campaign.

This was announced during a press conference Thursday morning in Russell House Theatre,  and the new safety features are now in place for Columbia.

President Pastides’ "What’s My Name?" Campaign urges students to ask their ride-share driver "what’s my name?" before entering the vehicle. Now, this same principle can be found as safety tip No. 3 on Uber’s website.

"These three words have the power to save lives and must become as automatic to every college student getting into a ride-share vehicle as putting on your seatbelt," Pastides said.

Pastides is set to join Uber’s Safety Advisory Board soon.

As well as urging riders to ask "what’s my name?," Uber has Check Your Ride steps that include checking the license plate, the make and model of the vehicle and the photo of your driver before getting into the car. A push notification sent just before the vehicle arrives reminding riders of the Check Your Ride steps is one of the main features of the new safety initiative.

On top of the push notifications, email blasts, fliers and billboards are set to go out to remind riders of the Check Your Ride steps.

"Our goal is to make checking your ride before you get in the car synonymous with using Uber," Andrew Macdonald, Uber's vice president of Americas Operations and Global Business Development, said.

According to Pastides, this national campus safety initiative is meant to raise awareness and teach riders how to avoid fake ride-share drivers and potentially dangerous situations.

“I think everyone’s had some experience where they almost went into the wrong Uber, and whether you’re sober or not it’s a very easy mistake to make.” said Hanna Mathews, first-year English student.

Uber’s safety initiative is spurred by the death of USC student Samantha Josephson, who was killed after mistakenly entering a vehicle she thought was her Uber. On May 11, Josephson's family will receive her posthumous diploma.

"We must ensure nothing like this ever happens again," Celia Cui, a member of USC’s graduate student association, said. "I'm proud that from this senseless tragedy, Samantha's memory has helped inspire these and future efforts to ensure greater safety for all of us."

Specifically concerning USC, Uber has partnered with the Columbia Police Department to create a designated pickup zone in Five Points specifically for ride-shares.

While a pickup zone in Five Points isn’t a new concept, it was previously informal and wasn't enforced. Uber drivers will now only be able to pickup and drop off at 2100 Santee Ave., a well-lit pickup zone patrolled by law enforcement officers.

Uber is also working with law enforcement and entertainment districts across multiple college campuses to expand its bystander intervention program "Don’t stand by."

“This partnership is designed to empower the nightlife community, including bars, restaurants, patrons and ride-share drivers to look out for one another,” Macdonald said.

The necessity of communities, companies and campuses coming together to promote ride-share safety was emphasized at the press conference.

“Ride-share safety is not isolated solely to the University of South Carolina, or Five Points, or Columbia,” Luke Rankin, student body president, said. “But rather it concerns the safety of all college students.”