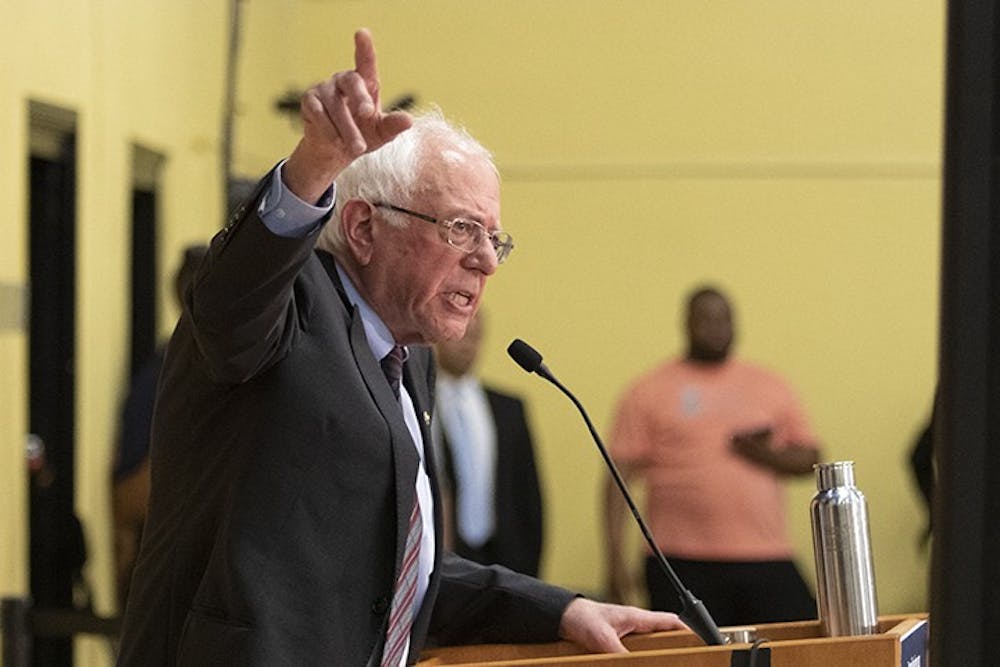 After a weekend of campaigning in South Carolina, democratic presidential candidate Bernie Sanders made his final campaign stop of the weekend at Clinton College in Rock Hill on Sunday where he hosted a town hall for students and supporters.

Sanders highlighted many of his campaign values and policy plans throughout the town hall. He addressed the growing wealth gap in America, raising the minimum wage to $15 an hour, offering free college and student debt forgiveness to students and alumni and medicare for all, among other things.

“Four years ago when I came here to South Carolina ... I said that if you work 40 hours a week in the United States of America, you should not be living in poverty. We have got to raise the minimum wage to a living wage, at least $15 an hour,” Sanders told attendees while also mentioning the growing popularity of a higher minimum wage among other states.

Many of Sanders’ policies have remained consistent since his last presidential bid in 2016 where he lost in the primaries to Hillary Clinton. His consistent message of equality, along with his grassroots campaign is why some of his supporters like Patience Brown, said they find him appealing.

Brown is a first-year student at Wake Forest University and said one of the reasons Sanders stands out among other candidates is “he’s preached the same message since the last race.”

Since Sanders’ message and policies are almost completely identical to his policies in 2016, what makes his 2020 bid different? How will Sanders stand out among the other democratic candidates this election season? Some supporters say it all has to do with the shift in perception of his ideas.

“This movement has had a chance to mature and reach a lot more people,” says Alan Sattler, a member of the board of directors of “iRevolution South Carolina.”

Jordan McBride, Clinton College alumnus, agreed saying “The things he pushed out in 2016, people weren’t ready for.” Sanders’ policies fell under the far-left sector in 2016, but supporters said these ideas are now more mainstream and accepted.

Among some of his most popular policies are tuition-free public colleges and universities, reducing the burden of student debt and equal access to health care. Both McBride, a college graduate and Brown, an incoming college student, said they liked Sanders’ ideas about student debt and free college.

While Sanders spoke a lot about his policy ideas and plans for reform in America, he also spent time discussing why he chose to run again and what he wanted his campaign to mean.

“The first reason that my wife and I decided that we should do this is because we have a moral [obligation] to defeat the worst president in the modern history of the United States," Sanders said. "The second reason, that goes beyond defeating Trump, is the imperative to create a government and economy that is based on justice, a government that is based on honesty and not lies."

Sanders and his supporters remain optimistic about his chances in South Carolina.

“Change happens when people have the courage to stand up to the powers that be,” Sanders said.