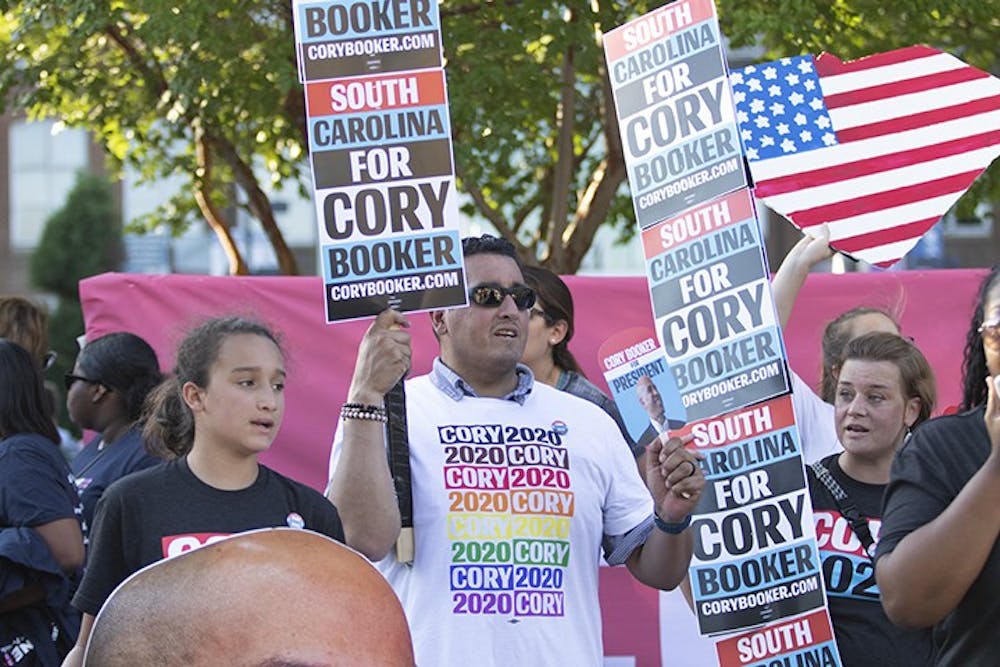 Twenty-one Democratic candidates traveled to Columbia this weekend to speak at the South Carolina Democratic Convention. With one week until this election's first national democratic debate, the candidates used the convention to discuss issues such as education, civil rights and the economy.

South Carolina will be one of the first states to hold a Democratic primary for the upcoming election.  The candidates have until Feb. 29, 2020 to prove to voters why they deserve the nomination.

Instead of criticizing their opponents during their speeches, the candidates focused on their plans to fix problems that many South Carolinians face. A large number of voters are looking for someone who can improve the education system. Last month, more than 10,000 people took part in a protest at the State House calling for higher teacher wages and smaller classroom sizes.

Sen. Elizabeth Warren touched on her experience as a special needs teacher as she told the attendees her future for education if she wins the nomination.

“I’ve lived my dream job,” Warren said. “Teachers understand the worth of every single human being. Teachers invest in the future, and teachers never give up.”

Margaret Sumpter, a senior citizen, attended the event and said she was impressed by Sen. Bernie Sanders and Rep. Beto O'Rourke. However, she was disappointed the candidates failed to address senior issues.

“I have not heard anything about what they’re going to do for seniors,” Sumpter said. “Education is important, yes, but also our seniors need to have a better way of living.”

With so many candidates seeking the nomination for the Democratic party, the candidates aimed to show South Carolinians what sets them apart from others.

Bart Walrath, Democratic Party Member, said he thinks that women's rights, equality and climate change are issues that many South Carolinians consider to be important. Walrath said he is interested in a candidate with fresh ideas and perspectives.

“I’m an older person and I like a younger [candidate] because there’s a lot of issues that carry on,” Walrath said.

In an interview with The Daily Gamecock, Sen. Cory Booker expressed his hope that South Carolina voters will be responsive to his campaigning efforts.

“I’m gonna continue to do what I’ve been doing all my life, which is to make sure that South Carolinians know who I am to work to build connections down here,” Booker said. “I’m very, very excited about this.”

Booker said winning the state is essential for securing the nomination.

“I hope that South Carolinians, and I think they do, recognize that they have the power to determine who becomes the next nominee from the Democratic Party, and ultimately the President,” Booker said.

Cindi Stewart is a South Carolinian who supports Beto O'Rourke. Despite having a large pool of candidates, she is confident the Democratic Party will be able to unite.

Overall, Stewart said the convention was positive, collaborative and educational.

“It just gave me such a sense of pride for our whole state,” Stewart said. “I met so many people who came from different cities and different areas of our beautiful state, and they all came to really, intensely listen to all of these candidates.”