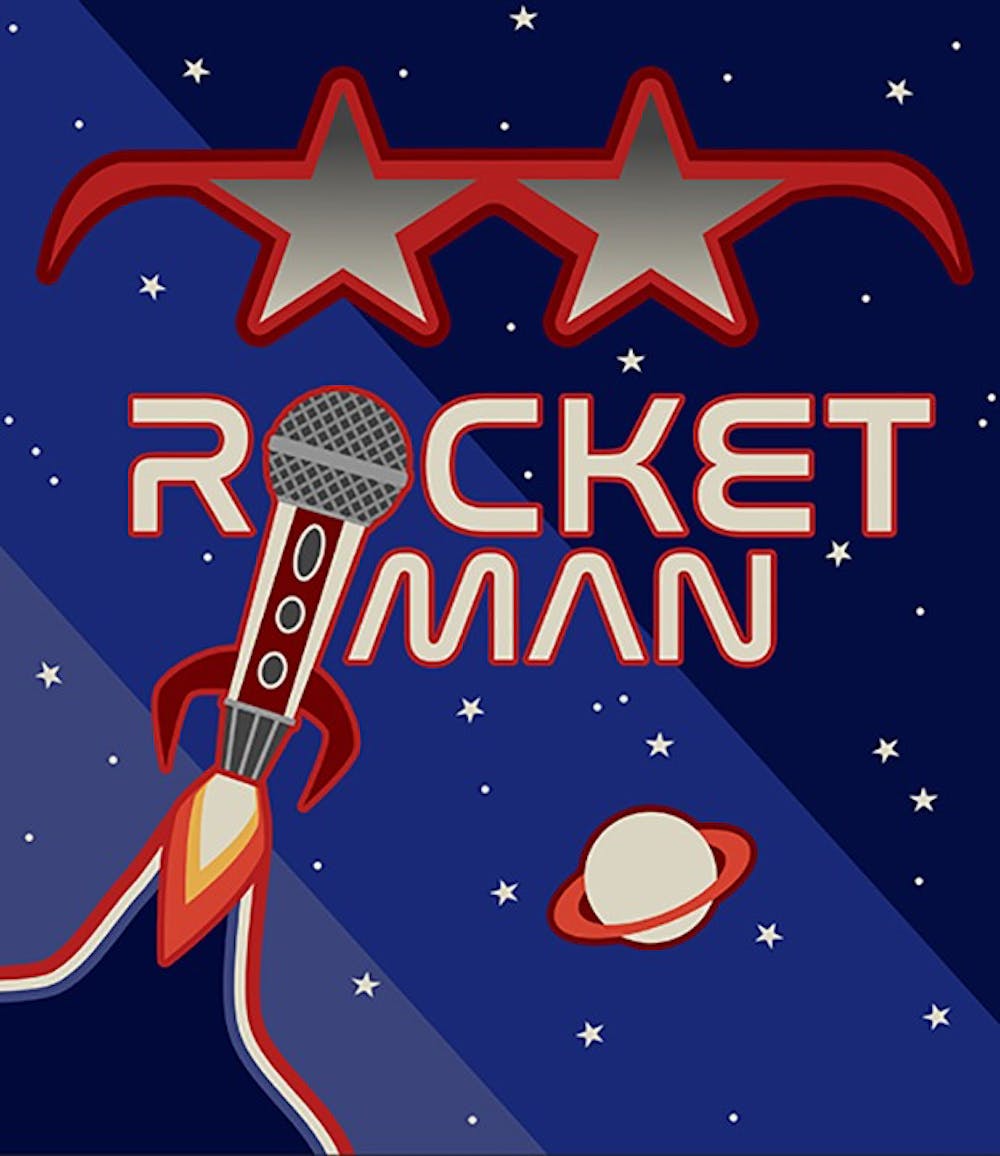 By Iggy Shuler , and Savannah Tranter

With the recent release of "Rocketman," the sweeping, Oscar-bait-y Elton John biopic, this legendary icon has reappeared in the hearts and minds of the public with vigor. John’s flair for showmanship, captivating voice and persistent songwriting talent helped him rise to the top against all odds.

His fame is well-deserved and hard-earned. But this month, I ask that we recognize John as not only a legendary musician, but as a queer icon. It’s no secret that John is gay; between his passion for glam rock, his elaborate costumes and his, well, husband, it’s pretty difficult to ignore. Yet, even homophobes can’t resist his charm — I'd say that even in the reddest district in America, someone has belted "Rocket Man" at karaoke night, or your racist uncle has said something along the lines of “I like his music, I just don’t see why he has to parade his lifestyle around like that.”

The fact is, while people know John is gay, many think of this queerness as a charming affectation, a part of his stage persona or merely something they’ll do their best to ignore when they can’t resist singing along to "Your Song" with their girlfriend. His queerness is often neutered in the public eye, but that isn’t stopping it from being an unapologetic part of his identity.

Elton John is more than your imaginary gay best friend, and his legacy goes beyond his music. He’s been a part of the fight against AIDS for decades and a staunch advocate for marriage equality in both the U.S. and his birthplace, the United Kingdom. His views have been declarative and sometimes radical, even claiming publicly that Christ was gay, to the dismay of Christian groups everywhere. The point is, John is more than an archetypal diva.

This Pride month, when we listen to his one-of-a-kind sing-along classics, let’s examine why we feel the need to make gay entertainers into caricatures and use his almost universally cherished work to start a conversation with those who still harbor homophobic views. The fact is, if you can relate to John’s music, you are relating to a gay man.

It’s important to honor John’s gay identity not only out of respect, but so that those who loved his music before they knew anything about the man himself can realize, through his music, the humanity of queerness. His fame has, and can continue to force people to consider that they know and love and appreciate a gay man, even if it's only through their radio. This month, let’s celebrate not just the art, but the artist, for everything he is: icon, advocate and so much more.

"Someone Saved My Life Tonight"

"I Guess That’s Why They Call It The Blues'

"Candle In The Wind"

"I Need You To Turn To — Live In Australia 1986 (feat. Melbourne Symphony Orchestra)"

"Bennie And The Jets"

"All The Girls Love Alice"