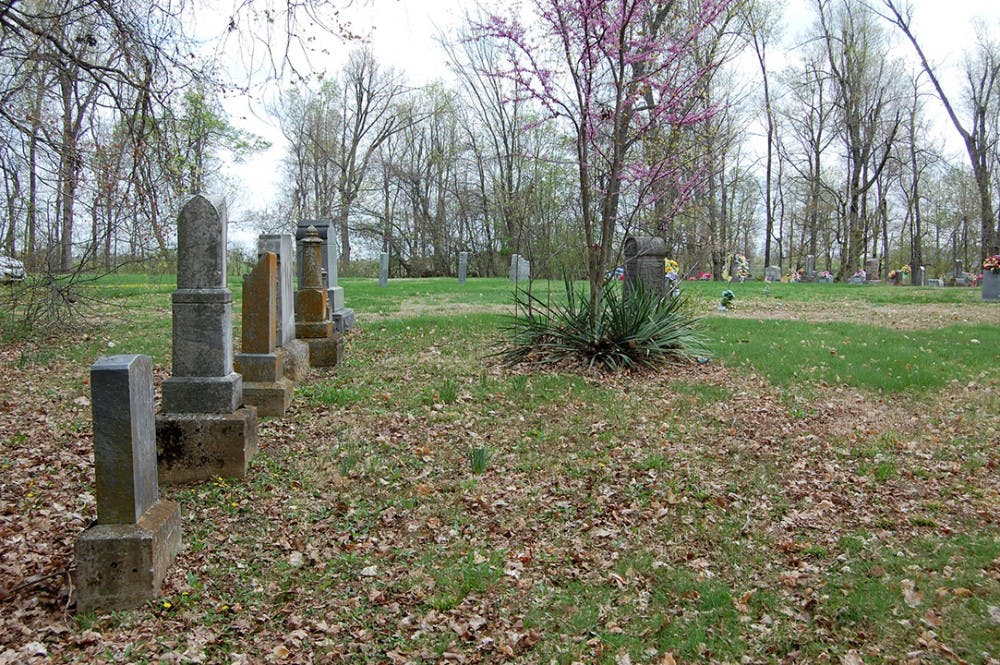 Uttered by Adam Driver several times throughout the film, this quotation rings true in more ways than one.

A simple story of a small town ravaged by the undead, Bill Murray and Driver lead “The Dead Don’t Die” as two police officers fighting to keep their town alive after polar fracking inexplicably led to the dead's reanimation. In addition to these big-name actors, the supporting cast includes recognizable names like Tilda Swinton, Steve Buscemi, Selena Gomez, Chloë Sevigny, Danny Glover, Carol Kane and Iggy Pop. With such a star-studded cast who have won more than a few Oscars, Emmys and Golden Globes between them, it's hard to imagine how the film could possibly disappoint.

Unfortunately, these actors' collective talent is not fully recognized by the flick's deadpan style. The characters are underdeveloped and hard to empathize with due to their stiff interactions and general apathy. What’s more, none of them really do anything. A few briefly try to fight back, but for the most part, they just kind of observe what is happening around them and make halfhearted statements and observations.

Director Jim Jarmusch caters to a very specific, odd sense of humor. Either you get it or you don't, and viewers' own alignment to Jarmusch's deadpan style is what will make or break the film for them.

Even when taking Jarmusch's niche humor into account, however, "The Dead Don't Die" is still rather unimpressive. It moves along at a shambling pace in line with that of the titular ghouls, featuring little to no action until the final few scenes. The trailer is deceptive in this way. Fans arrive at the theater expecting a movie that builds upon the trailer's momentum only to find that nearly every worthwhile, objectively funny, action-packed scene was included in the three-minute teaser. The other hour and 42 minutes are little more than filler.

It feels as if Jarmusch had a handful of ideas for a zombie movie, wrote them all down on a sticky note and went straight to filming without any further thought or planning, realizing somewhere along the way that he didn't have enough content for a full-length film. The result? Unnecessarily long scenes with extended silence and an unhealthy reliance on repetition.

Indeed, the film subscribes to the philosophy that the more times you say something, the funnier it becomes. I did not find this to be the case.

The movie was also notorious for breaking the fourth wall. On multiple occasions, Driver and Murray's characters talked openly about reading the script, the movie's theme song and Jarmusch himself. What should have been a climactic scene at the end of the film was thus deprived of all drama and intensity typically inherent in a zombie flick.

There were other issues with the film. One set of characters was completely unrelated to the rest of the cast and story. It was assumed they would somehow connect at some point, but they never did. Then, they disappeared without any further explanation as to where they went or what happened. As far as I can tell, they had absolutely no impact on the plot whatsoever, yet they received a significant amount of screen time.

Finally, "The Dead Don't Die" attempted to make commentary on politics and mindless consumerism, but an odd film like this felt hardly the platform. Who would take anything seriously from a film where the only people treating it like more of a joke than the viewers are the ones who made it?

The one bright spot in this incredibly odd film was Tilda Swinton’s performance as Scottish mortician Zelda Winston. The character's quirks lit up every one of her scenes, adding much-needed humor to the supposed comedy. However, even this brilliant character was ruined by an unnecessary and absurd twist near the end of the film that will leave viewers scratching their heads and hoping that nobody they know saw them purchasing tickets to this film.