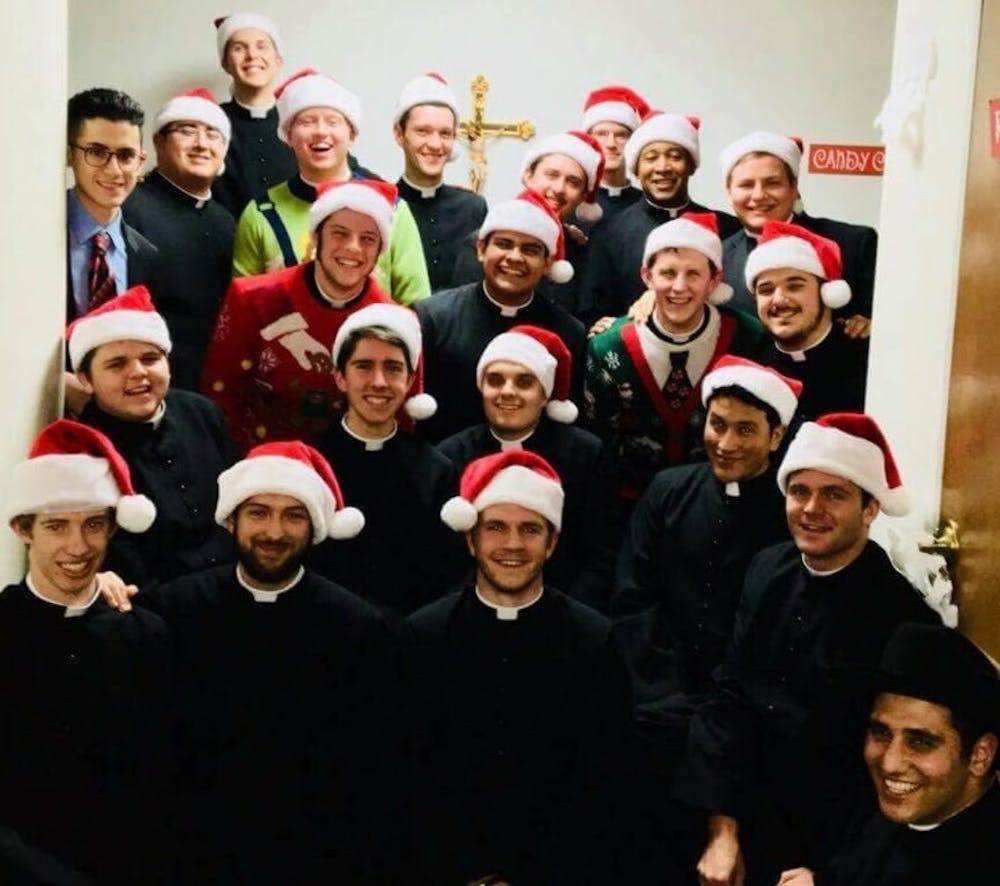 Upon graduation, USC students take different paths to the next stage of their lives.

Some apply to law school, while others move to a big city to take on their first real job. Some marry their long-term significant other, and some move back in with their parents until they figure out what’s next.

But for Pete O’Steen, a 2018 graduate from the Darla Moore School of Business, none of these options applied to him after taking off his cap and gown.

The Greenville native, who attended USC with his twin brother and was a member of one of the university’s biggest fraternities, didn’t get a call from any business firms or corporations asking if he would be interested in a supply chain management position.

O’Steen’s call for what he was going to do in life came his sophomore year of college.

His call came from God.

After finishing his four years at USC, O’Steen moved to Washington, D.C. to attend the Theological College at Catholic University of America, where he is studying philosophy, one of the first steps to becoming a priest in the Diocese of Charleston.

And he is not the only Gamecock to join the seminary.

Justin Damask was studying mechanical engineering at South Carolina when he, too, felt called to priesthood.

“All of a sudden, I would catch myself at mass like ‘oh, I would do something a little different,'” Damask said. “It gave me a lot of joy to think about those things, and you know, it wasn’t like you think about some things and afterwards you’re like ‘oh, that was a crazy thought.’ This kind of grew on me."

Damask confided in the Rev. Marcin Zahuta, pastor of St. Thomas Moore Catholic Church, the parish across the street from USC's campus.

Although Damask attended Catholic schools before college, he didn’t know the first thing about becoming a priest. Zahuta encouraged Damask to ask questions and continue to pray.

“So, after a year of thinking about it and praying about it, I took the next step and joined the seminary,” Damask said. “It’s been 3 years now.”

Damask, now 22, left the University of South Carolina in his second year and entered college seminary.

O’Steen, on the other hand, didn’t grow up going to Catholic school or even going to mass every Sunday. He came to South Carolina as a first-year student, joined a fraternity and went out to Five Points like the rest of this friends.

But in his second year at school, he began spending less time in bars and more time in church.

Upon reflecting on their decisions to go into ministry, both O’Steen and Damask remember the first person they told about their plans for their life.

For O’Steen, it was his brother.

For Damask, it was his mom.

“I remember talking to her about it, and I first told her everything I had done wrong in high school,” Damask said. “So, I throw all that out there, and even though I’ve done all this stuff, still, I think that this is where he’s calling me.”

The reactions from their friends was initially shock, but, overall, was supportive.

“It was obviously surprising, just because it’s not something many college students choose to do, but then when you thought about it, it made sense,” Brenna Gardner, a USC student and friend of O'Steen, said.

Gardner was also a member of a college bible study O’Steen helped lead.

“He was always such a dad, like one time he brought muffins to bible study,” Gardner said.

But support didn’t come from everyone. O’Steen said he still has friends who don’t understand why he chose this path for his life.

There are many challenges and sacrifices young men consider when becoming priests. For instance, as priests, Damask and O'Steen will take vows of celibacy and obedience.

“For me, the biggest sacrifice is probably never becoming a dad,” O’Steen said. “It’s something you wouldn’t be able to do without God’s grace.”

However, they both feel like the sacrifices they have to make are worth it to serve the Lord.

“It takes sacrifice, obviously; everyone talks about celibacy and I mean, it’s a real challenge,” Damask said. “I’ve met many priests who are very joyful in what they do and they find it very fulfilling. You can just tell some people were born to be priests. Similarly, I think that joy makes all the difficulties worth it.”