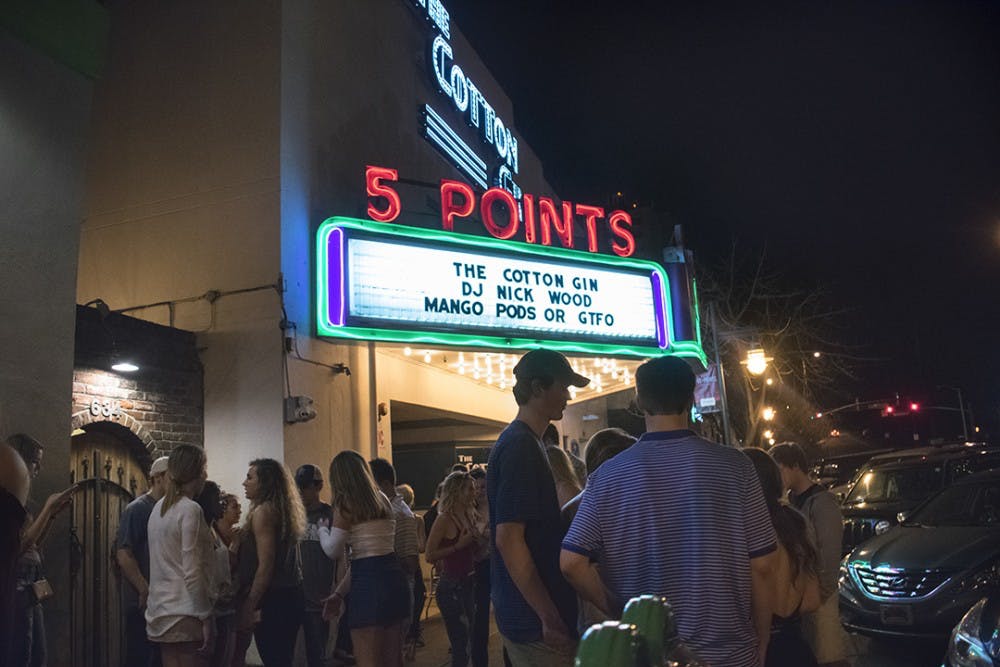 Multiple Five Points bars have either been shut down or will not renew their liquor license due to a continuing legal battle with neighborhood residents. Cover 3, Horseshoe and Saloon are the latest to close their doors, but more litigation could cause others to follow their lead soon.

South Carolina Sen. Dick Harpootlian is representing a group of Five Points residents who want to change the night life culture in the shopping district and its surrounding areas. They believe certain bars facilitate underage drinking and overconsumption and their customers are reckless and cause property damage.

Group Therapy’s liquor license is currently being challenged by Harpootlian and is facing possible closure in the fall. Former USC quarterback Steve Taneyhill has owned it since 2016, but it has been a staple in Five Points since 1978. Many students attend the bar’s popular event Fridays After Class, also known as “FAC,” each week.

Christopher Kenney is helping Harpootlian represent the neighborhood clients, and he said they are not the only ones who have a problem with the atmosphere these college bars create.

“What the Five Points situation is doing, is it’s putting a huge number of young people on any given night, 2,000, 3,000 young people, on the streets of Columbia, highly intoxicated, late at night, and the taxpayers are paying to provide police services,” Kenney said. “Our concern is you can’t have this concentration, and you can’t have this level of lawlessness, down in Five Points and expect neighbors and the police and the university to tolerate it.”

Kenney also said controlling underage drinking is not his team’s only concern, and many of these bars are operating through illegal business models.

“I think there’s this misperception here that what my clients are doing is somehow targeting the university and university students,” Kenney said. “What we’re doing is, we’ve targeted the people who are making money off this and exploiting underage kids for their own pecuniary gain.”

In order to obtain a liquor license, the South Carolina Constitution requires that a business must be "engaged primarily and substantially in the preparation and serving of meals or furnishing of lodging." Although the constitution doesn't list a specific requirement for food to alcohol sales, Kenney said it's clear these bars aren't following the law.

“If you go into these bars, there’s nobody selling any food,” Kenney said. “You’ve got people dancing on tables. You’ve got them drinking from pitchers.”

On July 8, former USC President Harris Pastides joined Harpootlian and other officials at a press conference to discuss the changes taking place.

“We want exactly the same thing that the neighborhood does,” Pastides said. “Let it be known that the university will not suffer, will not fail, if Five Points is returned to the family atmosphere that everybody wants.”

"Five Points has always had a rich history, with a healthy mix of retail, service and entertainment, and I think the transition is a testament to finding that balance again," Desender said in an email.

Desender is optimistic that the bar closures will be beneficial in the long run.

"We hope to continue growth to welcome more retail, new restaurants, and wider sidewalks, bike lanes, outdoor seating," Desender said in an email. "There is a lot to be excited about for Five Points and this eclectic neighborhood village, unlike any other, begs to be explored!"