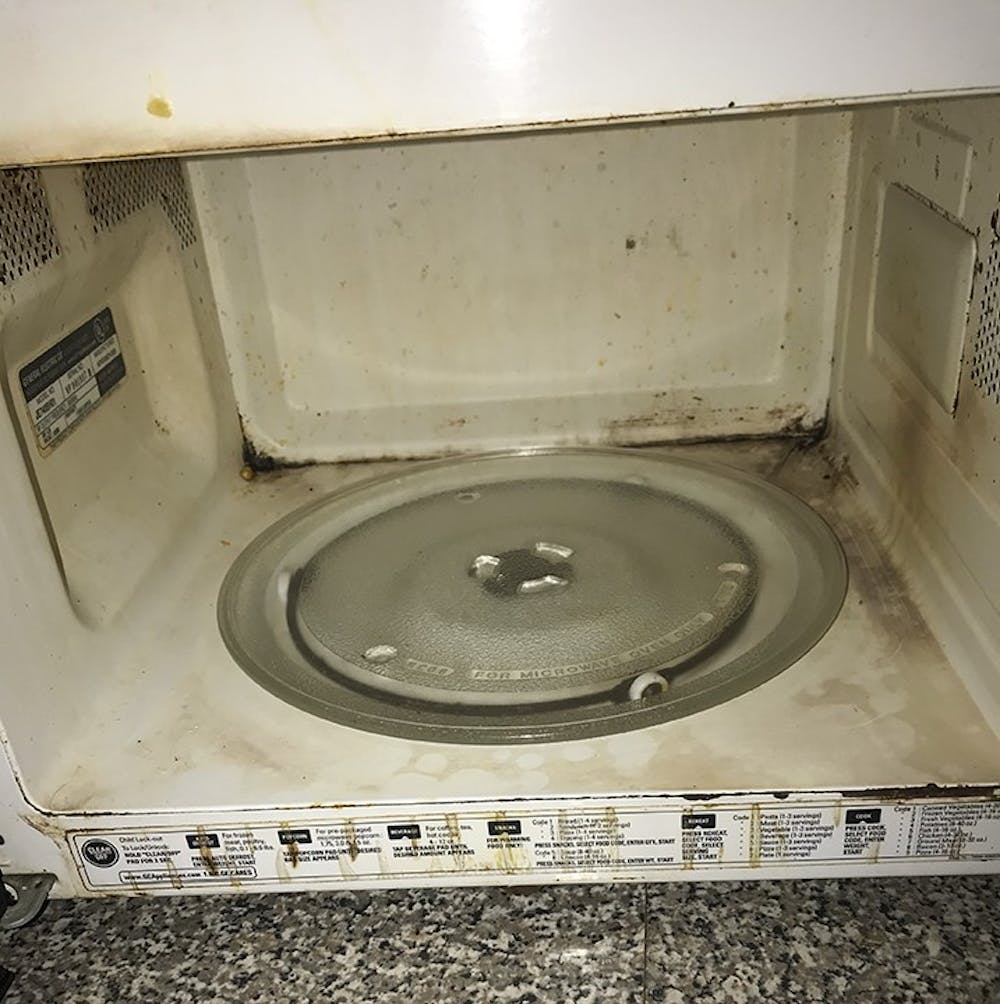 This past move-in week, some returning students who moved into their new homes for the year were greeted with mold, stains and dust.

Patti Bates Horne, mother of second-year criminology student Austin Horne, experienced some troubles with her son’s move-in at Cayce Cove and took to a parent Facebook group to express her concern and warn others. In her post, she said others in the group should not “expect the apartment to be clean, especially if there is an existing tenant!!”

Horne, who has had her fair share of moving children into housing at other universities — including Furman University, Arizona State University and Wake Forest University — said while Cayce Cove is incredibly affordable and includes many amenities, her son’s move-in experience was less than ideal.

When Horne and her son first arrived at the apartment, she said she was taken aback by its condition.

"Apparently, the guy that moved out of my son's bedroom had a dog, and the dog liked to hide his food," Horne said. "So there were little dog pellets of food all in the closet, under the bed."

Additionally, she said the white tile bathtub had mold in it.

"I refused to clean the bathroom," Horne said.

After seeing the apartment, Horne walked over to the tent Cayce Cove management had set up out front and explained the situation to them. She said those she spoke to were pleasant and told her maintenance would take care of the issues. However, Horne said it took a couple of hours for them to come, and she had to start cleaning herself because she lived in Charleston and did not want to return home too late.

Horne said the two men who came to clean did not appear to have all the supplies they may have needed, but they did attend to everything she asked of them.

Troubles with off-campus housing aren’t isolated to Cayce Cove, and Alex Greer, a fourth-year chemistry student who is currently on her third year living in 21 Oaks, says this frustration concerning off-campus housing at her complex may be a result of a shift in management.

“The lady who usually runs [21 Oaks], I think she moved to a different complex, so we’ve been having a lot of trouble with move-in. A lot of our cleaning and renovation has been pushed back,” Greer said.

Greer also said she has been offering insight to those who are experiencing move-in at 21 Oaks for the first time.

“My roommates' parents asked me if my living experience was always hectic, and I said no. I don’t want them to feel like this place is gross,” she said.

Apart from off-campus complexes, students can also rent houses near campus. These houses are often managed by rental companies such as Aluri Rentals and PJM Properties, which rents out many of Gov. Henry McMaster’s properties.

According to a student leasing a house from Aluri Rentals this year, the landlords are not always willing to work with students.

The student and seven others are leasing the property, and under South Carolina law, the different sections of the house count as separate units, and the students were unable to see all of the units when they first toured the property.

According to the student, who chose to remain anonymous, there were hundreds of nails and pins in the walls of the unit and exposed walls, as well as carpet stains and burns likely left by strung lights. Also, when the student first arrived to move into the house, there was a couch left in the front lawn. This was not the student's first experience with leasing, and he was shocked at the property’s condition.

“We never experienced anything like this before,” he said.

The student also said that he repainted the walls himself due to their condition because the landlord did not want to be contacted directly.

"His impression is students, sometimes their parents come down, and it's not to the condition that they would like, so they repaint all the walls," the student said. "And so, essentially, that's a cheap way of saying, 'If it's so bad, you can fix it, but you can pay for it.'"

The student said it’s easy to get in "trapped situations" when renting houses around campus.

“You basically just take advantage of a student by saying, ‘Oh, it’s a college apartment. It’s not supposed to be perfect.’”

The student also called for the university to have more of a stake in off-campus housing.

"If my landlord doesn't respond to maintenance requests or anything like that, and leaves our house and living areas in poor situations, that should be recorded," the student said. "The university should warn people from renting certain properties."

The Daily Gamecock has reached out to 21 Oaks, Cayce Cove and the Off-Campus Living and Neighborhood Relations office and is waiting for a response.