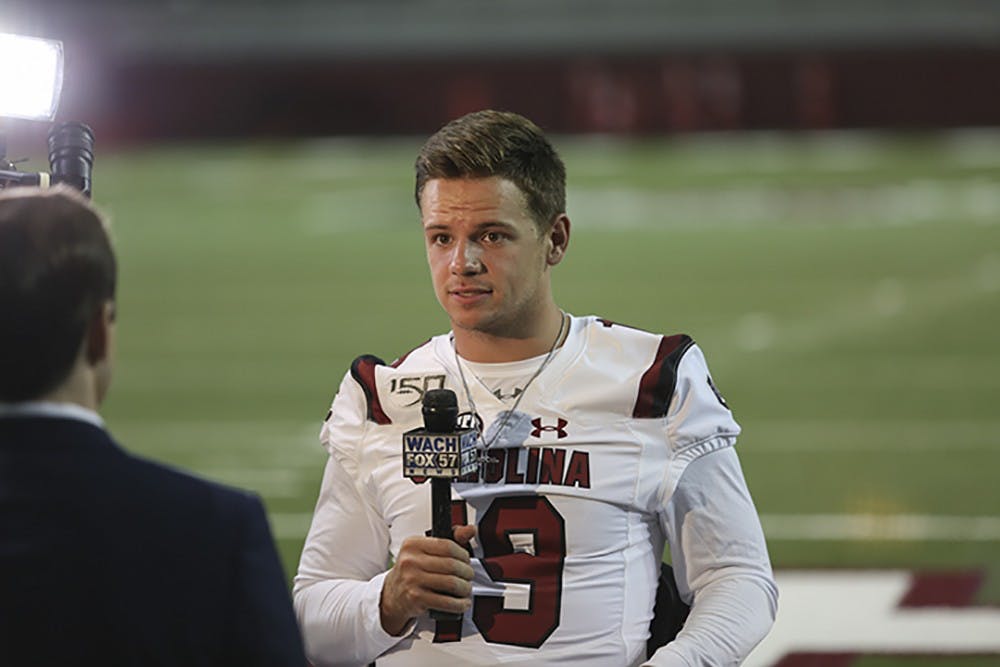 At any level of football, turnovers can be the difference between a win or loss. It can be especially important in a league that is as physical as the SEC.

The Gamecocks fell victim to this in 2018, as they were a turnover-prone team all year, especially in key games, such as against Kentucky, when they gave up the ball four times against the Wildcats.

Last season, the Gamecocks were 87th in turnovers lost and 101st in percentages of drives that ended with a turnover.

This was especially true in the red zone. In 2018, there were eight turnovers in this area of the field, six of them being interceptions. That is not a recipe for success, even if a team has a winning record like the Gamecocks did in 2018.

Head football coach Will Muschamp said in order to improve from the 7-6 record, it will be key to limit those mistakes.

Muschamp isn't the only one aware of this issue — players on both the offense and defense said they know what they have to do to reverse last year's problem and return to forcing more turnovers on defense and having less on offense.

"There's always room for improvement, the big thing being consistency. Just trying to bring the same mindset, same game, each and every week," senior quarterback Jake Bentley said. "Obviously, the glaring thing is taking care of the ball better. That's something that we stressed in the spring and did a good job at."

To cut down on those eight red zone turnovers and 14 overall interceptions, which was the most interceptions from an SEC quarterback last season, Bentley said he's studied exactly what went wrong in 2018 and what he needs to do going forward.

"We gotta stop turning the ball over — I do. Especially down there in the red zone," Bentley said. "Really getting back in the film room, dissecting what happened, what I was thinking and then just learning from it."

Players, such as senior linebacker T.J. Brunson, said they know that last year's turnover misfortunes need to change to play at a better level defensively in order to win in the SEC. For the Gamecocks, the two units have the capability to help each other when one isn't on the field.

"The ball is important. My sophomore year we had 28 turnovers [on defense], and to drop down to, what, 16 last year, wasn't where we wanted to be, and we understand that standard," Brunson said. "Just going into the offseason, we have to get the ball off the guys more if we want to give our offense the best chance to win."