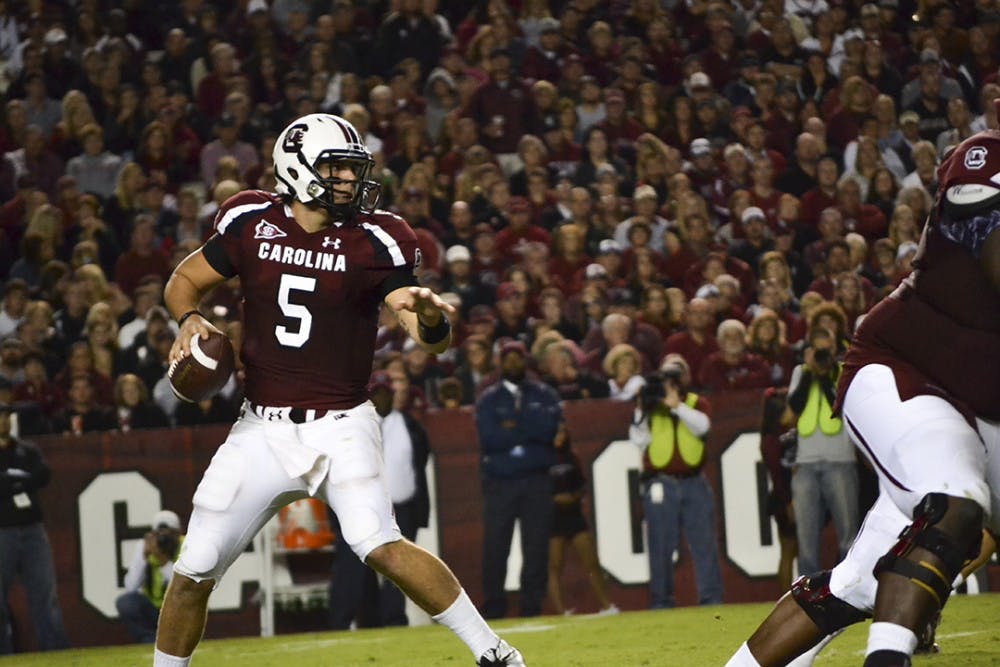 The Alabama Crimson Tide is returning to South Carolina to face the Gamecocks for the first time since 2010. The Gamecocks won the game 35-21 and has remained the only team in the SEC East to defeat Alabama since.

Alabama’s coach Nick Saban has not forgotten what happened to his team that year.

“I remember a lot. We got the lining kicked out of our britches in the game over there,” Saban told The State.

One man behind South Carolina’s win that day was quarterback Stephen Garcia. Garcia completed 17 of 20 passes that day with the help of Alshon Jeffery, who registered 127 yards for his seven catches, and Marcus Lattimore with 93 yards.

Like Saban, Garcia remembers that day very well, as he had many thoughts and emotions running through his head while he played the game.

“You can never take your foot off the pedal, and that’s one thing that coach [Steve] Spurrier doesn’t have a problem doing," Garcia said. "He would try to score 100 points if he could, but it’s Alabama. It’s one of the best teams; the New England Patriots of college football. You know, they can always make a come-back, they can always come back and beat you in the end."

Before the season started, Garcia knew his team was capable of a big win like that.

“That summer from 2009 to 2010 was probably the most busy one that we had ever had," Garcia said. "I mean we were out there training every single day.”

As training continued, Garcia said he felt like he and his team were ready for a tough season knowing they faced the then-No. 2 team in the nation.

Garcia said he is aware this year's football schedule is a tough one, but he knows no schedule is an easy one. He said he has a lot of faith in South Carolina head coach Will Muschamp.

“If there's anybody that can get those guys ready to go, I think it's coach Muschamp. I’m a firm believer in him; I love his fire, his energy," Garcia said. "I think he's going to have these guys fired up, ready [to play]."

Bradford and Garcia attended South Carolina at the same time and are still friends now. Bradford was in the stands that day and vividly remembers the 2010 game.

Both Garcia and Bradford said they are confident South Carolina’s team this year is capable of beating Alabama.

“Jake is a very experienced guy, so he’s not going to be nervous. He’s not going to be freaked out at all by the core of Alabama," Garcia said. "I think our biggest thing is you just got to believe in it. It’s tough to beat anybody if you don’t believe you are going to win.”

Bradford had a similar response when asked if he thought South Carolina could defeat Alabama.

Garcia already has an idea in his head of what the Gamecocks' record will be at the end of the season.

“I think they'll be able to shock some people," Garcia said. "I know a lot of the guys are predicting them to win five or six games or something like that. I can see them winning eight to nine games.”

Bradford did not share his predictions but said he thinks South Carolina will have a better season than people expect.

Bradford has Garcia on his show sporadically when college football comes around. They talk about Gamecock football and the quarterback training Garcia is involved in.